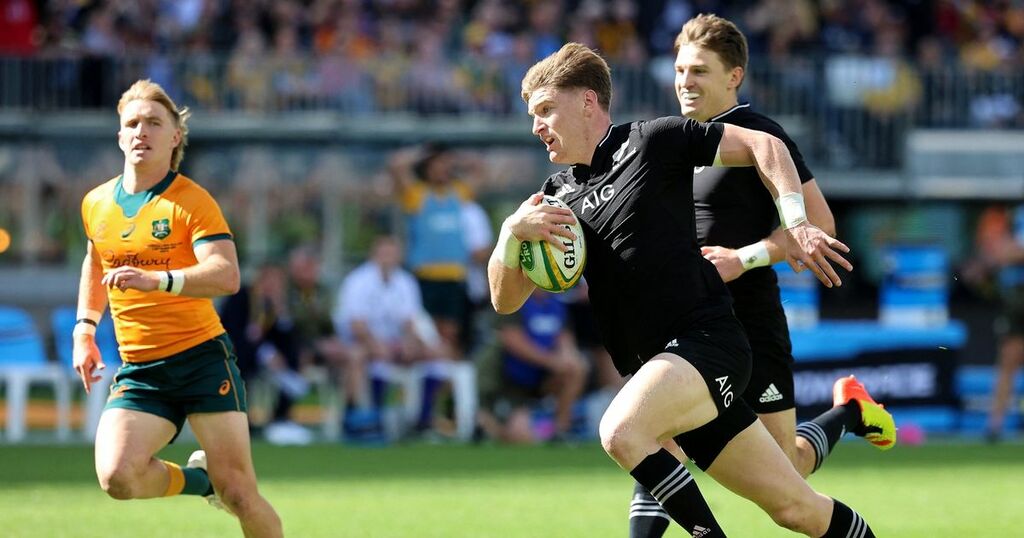 All Blacks head coach Ian Foster has rung the changes for Sunday’s Rugby Championship clash with Argentina, but Jordie Barrett isn’t among them as he remains in the New Zealand XV.

Barrett, 24, was shown a straight red card during the first half of last weekend’s 38-21 win over Australia after he kicked Marika Koroibete in the face while catching a high ball.

However, a SANZAAR judicial committee later absolved Barrett of any wrongdoing, leaving him free to represent his country in the first of two Tests against the Pumas.

Second-row talisman Brodie Retallick will captain New Zealand for the first time, taking over from Ardie Savea, who hasn’t been named in the squad after suffering a head injury last time out.

Chiefs lock Retallick, 30, will become New Zealand’s second debut captain in as many weeks, and Foster mapped out his reasoning as to why he’s been named the All Blacks’ 71st skipper.

“Brodie is a great leader in this team and we don’t take his leadership for granted,” the head coach told reporters ahead of Sunday's clash at Cbus Super Stadium.

“We think this is a great honour for him, and he and his family can be hugely proud. He's playing really well and leads from the front. He has come back into the black jersey this year and just picked up where he left off.

“He also has an experienced partner in Beaudy (Barrett) alongside him who is bringing a calmness to the team and a sense of direction and we’re seeing that in the way he plays.”

Barrett brothers Beauden and Scott keep their starting spots at fly-half and lock, respectively, while TJ Perenara has replaced Brad Weber at scrum-half.

Foster has also freshened up his wings as Crusaders duo George Bridge and Sevu Reece get the nods out wide, standing in for Will Jordan and Rieko Ioane, who moves to the bench.

Bridge, 26, came on to score in their most recent run-in with the Wallabies, and Foster felt his winger was ready to reclaim a starting berth: "He's fast, he's sharp, he's contributing.

“We've added him to our strategy group because he's got a sharp brain in the back three. He's in a good place. He's got internal drivers that are pretty powerful, he just wants to go out there and play well and I'm confident he's where he needs to be to play at Test level now.”

Do you think New Zealand will keep up their winning start to the Rugby Championship against Argentina? Let us know in the comments section.

The elder Ioane sibling, Akira, keeps the No. 6 jersey having impressed mightily during last week’s win at Optus Stadium, cementing his place as an increasingly vital member of the pack.

Luke Jacobson will come in to replace Savea at No. 8, while Hurricanes prospect Asafo Aumua takes over at hooker in the place of Codie Taylor, who also suffered a head injury in Perth.

Argentina beat New Zealand 25-15 in Sydney last November to defeat this foe for the first time on their 30th attempt, although the All Blacks responded with a 38-0 humbling a fortnight later.

Veteran fly-half Nicolas Sanchez will return to the Pumas line-up and set a new all-time caps record with his 90th Test outing, one more than former captain Agustin Creevy.

Coach Mario Ledesma has made seven changes to the team that lost 29-10 to South Africa on August 21, with Argentina still seeking their first points of the Rugby Championship.