We’ve seen Jordan Spieth do some crazy stuff with a golf ball, but he just utilized a water skip shot to perfection at the PGA Championship.

On the 12th hole at Southern Hills Country Club, Spieth blew his tee shot way right on the par 4. Stuck behind a tree, it was going to take a heroic effort to get the ball anywhere near the green.

Little did we know Spieth had a supreme effort in the bag.

From the trees, he played a low draw that looked like it was going to find the water, then it skipped right into the fairway short of the green.

He’d go on to make bogey. 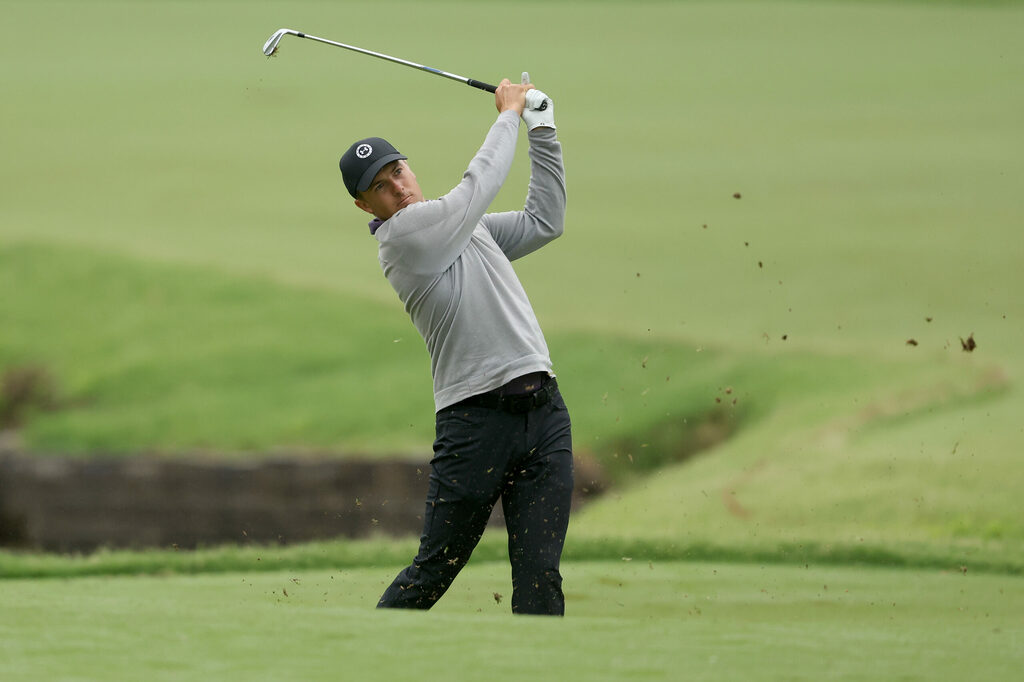 Jordan Spieth bends the laws of physics with ridiculous punch shot off the water at the PGA Championship
Jordan Spieth is a wizard.

This was some real GOAT energy from Tiger Woods.