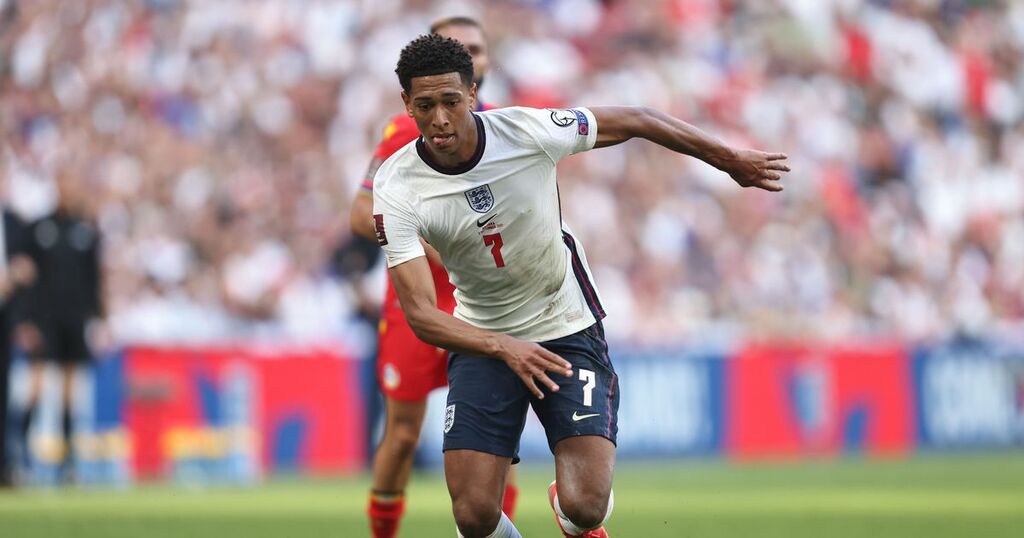 Jude Bellingham has been tipped as Liverpool’s top transfer target for next summer, but the Reds would reportedly have to spend a club record £80m on the teenager.

The 18-year-old has established himself as one of the most gifted young players in the world, following his debut season with Borussia Dortmund, and Jurgen Klopp is allegedly keen to bring Bellingham back to England.

The Daily Star reports the Reds have earmarked the centre midfielder as their number one target for the end of the season, with owners FSG linked with spending more on Bellingham than they did on Virgil van Dijk back in 2018.

A regular in Gareth Southgate’s England squads, Liverpool skipper Jordan Henderson is a massive fan of the youngster and has already acted as a mentor figure, having played alongside him for the Three Lions last week.

"He is miles ahead of me when I was that age," admitted Henderson, who was on loan at Coventry City from Sunderland when he was 18 years old.

"Even at such a young age he shows fantastic maturity on and off the field. You can see how hungry he is to be a top player and has all the attributes to do that.

"I was trying to help as much as I could but to be honest he is a top player who has shown that in the big games for Dortmund. I see him going from strength to strength all the time.

"I don't want to praise him too much and put too much pressure on him but he has a very good head on his shoulders, I'm told he has good people around him and a good family, and you can see that is an important part of him.

"I think he will be a top player going forward."

With such a ringing endorsement of his talents from the Liverpool captain, it is clear Bellingham would improve the Reds’ midfield, if he were to switch to Anfield.

Though he will not push for a move away from Dortmund, the Star claims that he does see his future eventually being with a Premier League club.

His performances for the German side have already resulted in his value skyrocketing beyond the £25m the club paid, just a year ago.

Henderson, however, feels Bellingham is a player with an incredibly high ceiling and has backed his England team-mate to be involved in the 2022 World Cup, having become the youngest man to represent the country at an international tournament during Euro 2020.

"He could, he looks ready”, Henderson told the PA news agency, when asked about Bellingham’s World Cup hopes.

"Even at such a young age he looks ready to play in the big games. I watch him for Dortmund and the way he performs is outstanding.

"He showed again what he can bring [against Andorra]. A year down the line he is only going to get better so he could have a big influence."

Bellingham’s performances have showed no signs of slowing down in the new season either, with a goal and two assists in the opening three Bundesliga games.

The prodigious teenager once famously snubbed Manchester United in favour of Dortmund, even after a guided tour from Sir Alex Ferguson, and he is still being tracked by Ole Gunnar Solskjaer’s side.

However, if the Reds are truly leading the race to sign Bellingham, he possesses the talent to become a mainstay within Liverpool’s midfield for the next 10-15 years.