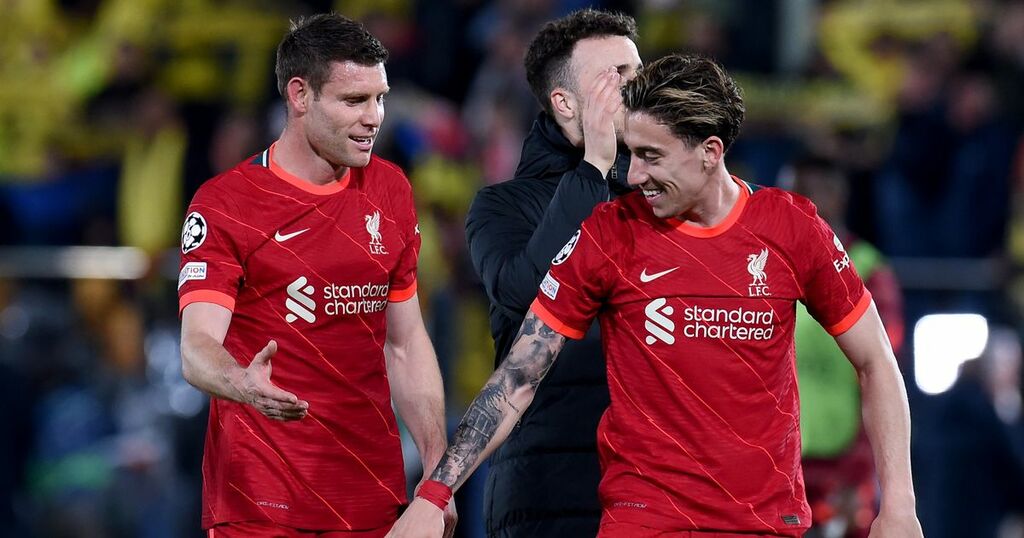 In part two of his weekly ECHO column, John Aldridge discusses Liverpool's trophy chances this month and in particular, the…

Mohamed Salah and Andy Robertson start on the bench for Liverpool tonight as Jurgen Klopp’s side travel to Aston Villa.

Kostas Tsimikas has been given a vote of approval by Jonathan Woodgate after the Greek defender helped Liverpool to secure a crucial victory against Aston Villa that kept their Premier League title hopes alive.

The 25-year-old left-back has put in a succession of promising performances when called upon this season and found himself thrown into the starting XI on Tuesday evening as Jurgen Klopp opted to rest regular starter Andy Robertson ahead of the FA Cup final on Saturday.

The Reds had to come from behind to clinch victory against Steven Gerrard's side at Villa Park but the result could have been altogether different had Tsimikas not produced a crucial block to deny Ollie Watkins a clear goal-scoring opportunity.

And former Real Madrid, Leeds United and Middlesbrough star Woodgate told BBC Sport: “Tsimikas has been an excellent deputy for Robertson. He is another astute signing by the Liverpool recruitment team. That was a huge challenge.”

Nicknamed by fans 'the Greek Scouser', Tsimikas has now made eight starts for the Reds this term and has succeeded in putting pressure on Robertson to hold down his starting place in the first XI.

Earlier on Tuesday, the Greece international told Liverpool's official club website how proud he was of his team's achievements so far this season and their two forthcoming cup final appearances, starting with the FA Cup final at Wembley on Saturday. Tsimikas said: "I'm really, really looking forward for this game. I'm very proud for this team, all the work we did since the start of the season. As I say, we set all our goals to win all the trophies and we are so close.

"We won the Carabao Cup, we're in the final in the FA Cup, we're in the final [of the] Champions League. We are second in the league. I'm really looking forward [to it]. It was a very, very good season so far and we will go for it. We want to win as many [trophies] as possible. All the boys, we work hard for that to achieve our goals."

In part two of his weekly ECHO column, John Aldridge discusses Liverpool's trophy chances this month and in particular, the…

Mohamed Salah and Andy Robertson start on the bench for Liverpool tonight as Jurgen Klopp’s side travel to Aston Villa.