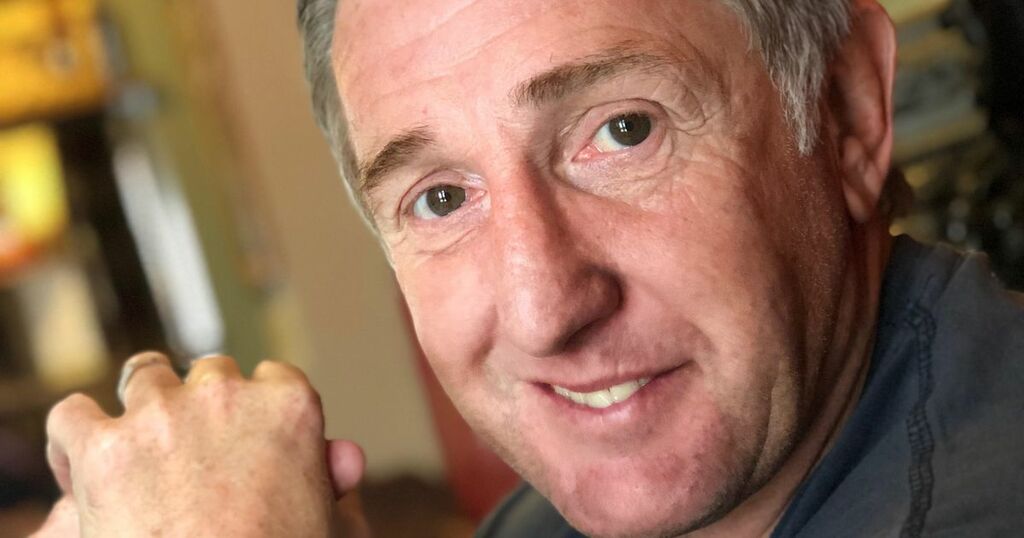 Jonathan Davies has already helped raise some £35m in the fight against cancer, but his commitment to the cause remains undiminished.

Having done a huge amount of work for Cardiff’s Velindre Cancer Care over the past decade, the dual code great is now looking to play his part down west as well.

It will start at Velindre and finish at the South West Wales Cancer Centre in Swansea, with the proceeds being split between the two facilities.

Davies’ hope is it will become an annual event, helping in the ongoing battle with cancer.

It’s a cause that is very close to his heart, with both his father, Len, and his first wife, Karen, having passed away from the disease.

Davies was just 14 when he lost his dad, and he remembers how limited the care options were as his father and mother travelled to Cambridge for treatment while he lived with his grandmother.

Then, some 20 years later, tragedy struck again, as Davies’ wife, Karen, was diagnosed with stomach cancer.

“I knew she was going to pass away within 18 months, unless there was a miracle,” he previously told WalesOnline

“It was very difficult. But when she was having chemotherapy, she stayed at Velindre and I could see how much easier it was compared to my dad’s situation.

“I could take the kids to school, go back and see her in the morning, go training with Cardiff in the afternoon and get everything sorted while she was having care.

“I realised then how important it was to have a facility like Velindre on your doorstep.

“What you’ve got to try and do with your kids is maintain as normal a lifestyle as you can. Keep it normal and keep it away from them.”

Karen passed away, aged just 34, in June 1997, leaving Davies to bring up their children Scott, Grace and Geena, who were seven, three and one year old at the time.

“Some days I didn’t feel like getting out of bed, but it wasn’t about me, it was about being there for my children," Davies added.

“Because I had gone through it with my dad, I was mentally tough.

“Luckily, my mum was a huge help to me. I moved her and my step dad Ken up from Trimsaran to live in Cardiff.

“I had a great support system around me from my family while I worked weekends and played.”

During the 14 years or so he has been involved with Velindre as patron and president, he has helped raise an astonishing £35m for the facility.

Now he is looking to do what he can for the Swansea centre, which is based in Singleton, while also enhancing the profile of Velindre down west.

“I lived in Cardiff for 20 odd years and have been involved there with Velindre,” he said.

“Now that I am living down west, it’s a case of giving them a little bit of help on the fund-raising side down there as well.

“I have been unlucky enough to have people close to me who have had cancer, so I have been touched by it myself.

“But I have also been lucky enough to be able to give something back, with the money we have raised.

“I think, along with my family, it’s the thing I am proudest about in my life.

“The people going through it are mentally tougher than anyone, you have to be.

“But you see how it affects the families. You can see the life draining out of them, because they see their loved ones in so much agony. It’s hard for them.

“Whether success stories or not, it’s still with them for ever.

“It’s one of those things where you don’t know how lucky you are until you have been touched by it.

“I have got friends who are really, really struggling with it now.

“It’s just ongoing. You need the enthusiasm because hopefully there will be a result.

“Knowing the staff and how great they are, it’s a privilege to be able to play a part.

“As long as they want me and I can do it, I will stay on board to keep carrying the flag.

“I am extremely passionate about cancer care and excited to support this new venture which will support cancer patients and their families across South Wales.

“It’s a question of trying to expand the fund-raising from Cardiff and Newport to Swansea and Llanelli and west.”

On the plans for the bike ride, he said: “We are trying to make it so the social cyclist can do it as well.

“We have got over 270 riders doing it at the moment. We have got a Just Giving page set-up.

“What I want to do then is make it an annual event that both cancer centres and the people of south Wales can benefit from.

“That’s what I’m trying to achieve. I just want to raise the awareness.

“Fundraisers like this are so important to both centres, as they allow us to provide an enormous range of services and tools that just wouldn’t be possible otherwise.”

Entry costs £50, while riders will be expected to raise a minimum £50 sponsorship.

The JustGiving page for Jiffy’s Cancer 50 Challenge can be found here.