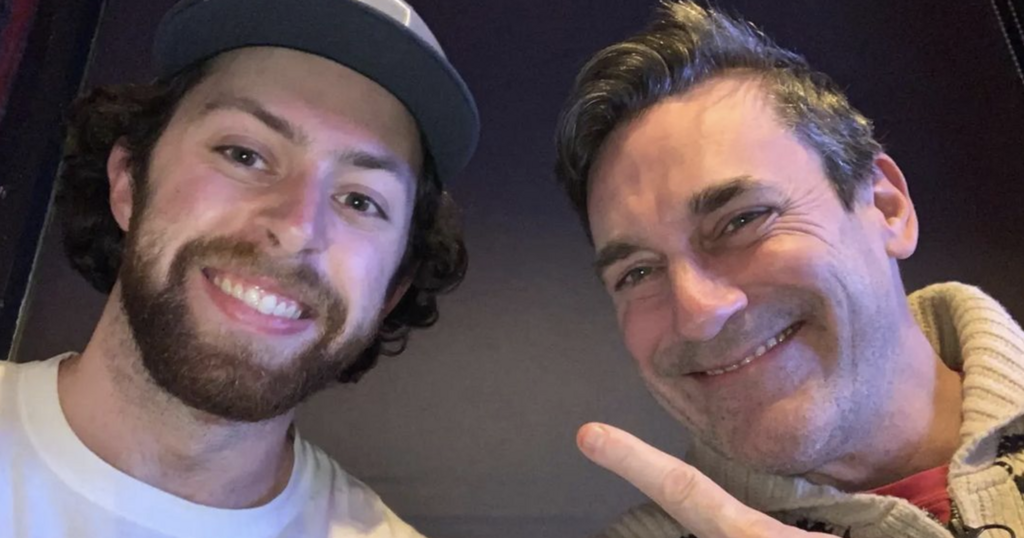 With Batgirl currently filming in our city, we've all been eagle eyed in a bid to spot some big name stars about town.

Glasgow has hosted countless celebs and Hollywood names over recent years, from Hugh Jackman pumping iron in a Glasgow gym to Ariana Grande casually wandering around the city centre.

And last night it was the turn of Mad Men actor and Don Draper himself, John Hamm, who made a surprise appearance in a city centre bar.

The A-lister was spotted grabbing a 'quick bite' in the beloved Buck's Bar and posed for selfies with staff after no doubt working his way through the popular venue's famous wings.

Sharing a snap of Hamm on the Buck's Bar Instagram last night, the team said: "What a star studded day in Bucks today!

"We had Jon Hamm pop in for a quick bite to eat and our very own Connor managed to nab a quick selfie.

"Hope you enjoyed your meal, Jon!".

The reason why the popular actor might be in Glasgow right now? He's currently in Scotland filming for a new season of Amazon series Good Omens and was earlier this week spotted on the cobbled streets of Edinburgh alongside fellow star Michael Sheen.

Could we possibly see Don Draper again and his fellow actors in Glasgow in the coming days?

Meanwhile, production teams have taken over streets in the city as the Batgirl shoot commences exterior filming, with camera crews gearing up to capture the action across the city centre in places such as the Trongate, Saltmarket and St Vincent Street. And we're capturing all the action in our live blog which you can follow here.