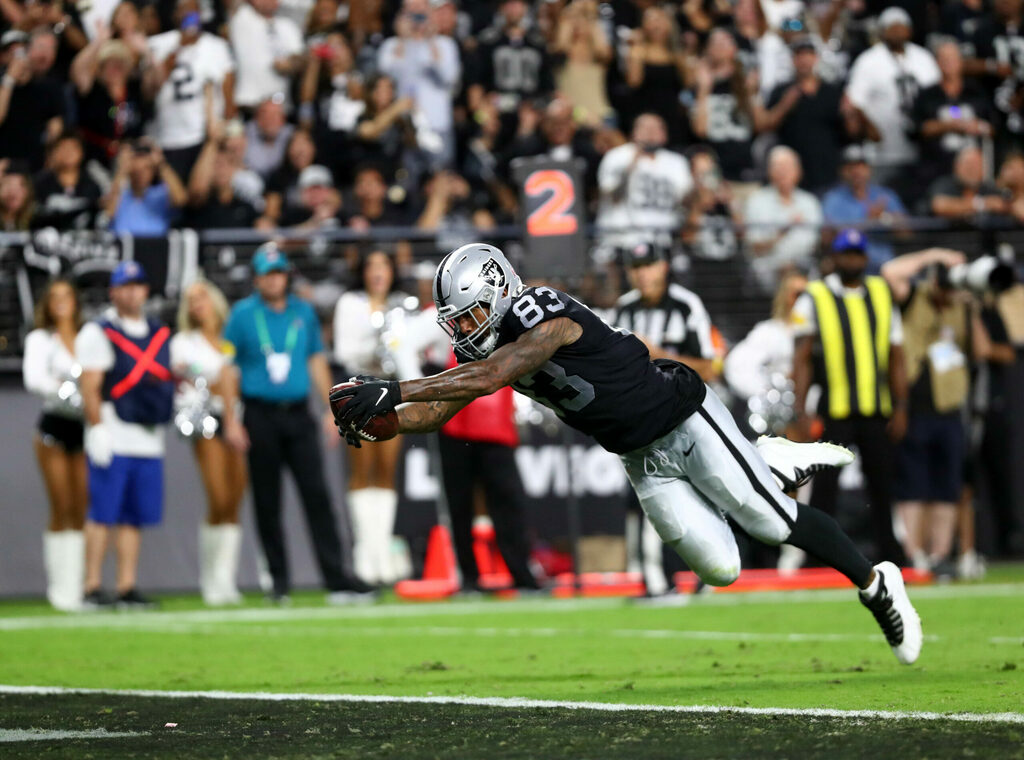 The Raiders won an incredible game on Monday Night Football, coming back from a 14-0 deficit. Derek Carr was unbelievable in the second half as the Raiders scored 23 points in the fourth quarter and overtime.

But the story of the game was Darren Waller, who had another incredible game. He was the focal point of the offense for the Raiders, seeing 19 targets in the passing game. He finished the game with 10 receptions for 105 yards and one critical touchdown to tie the game up at 24-24.

#Raiders HC Jon Gruden with some super high praise for TE Darren Waller: "He’s the best player I’ve ever coached, so I'm going to continue to look for him." pic.twitter.com/jz95CuOq8b

Waller has been on a tear as of late, averaging over 108 yards per game since Week 10 of the 2020 season. The Raiders have found a ton of success peppering him with targets in the passing game and using players like Hunter Renfrow and Bryan Edwards as complementary players.

The Raiders have a big game next week as they will travel to Pittsburgh to take on the Steelers at 1:00 PM ET. If the Raiders want to pull off another upset this week, they are going to need their stud tight end to carry them in the passing game. But as we know, he is certainly capable of doing so against even the best defenses.