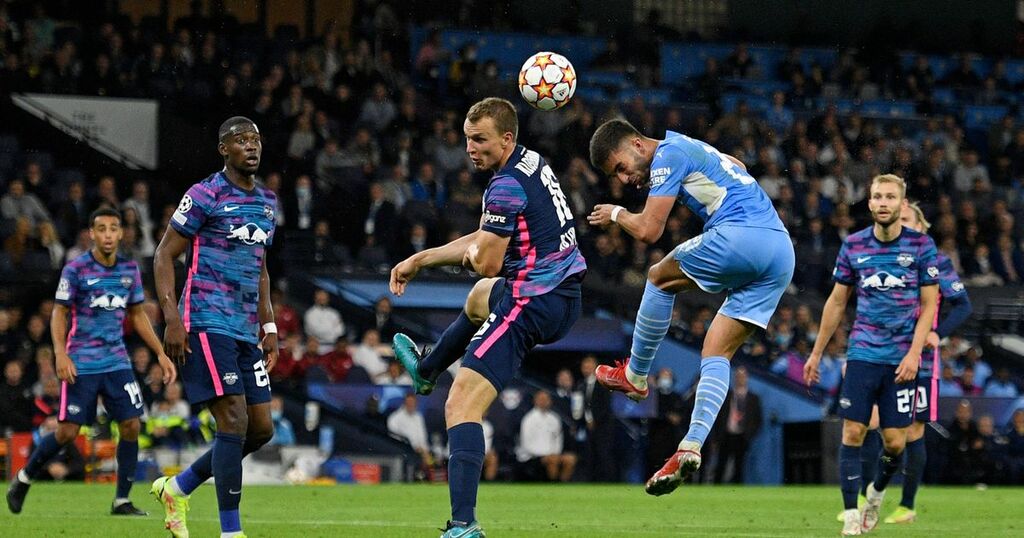 Pundits Joleon Lescott and Owen Hargreaves both agreed that referee Serdar Gozubuyuk was correct to hand Manchester City a penalty in the latter stages of the first half of their Champions League clash with RB Leipzig this evening.

Having seen their two-goal advantage halved by Christopher Nkunku's smart header, City were handed the opportunity to reclaim a healthier cushion when Ferran Torres' header struck the arm of Leipzig defender Lukas Klosterman.

There was no denying that the Spaniard's header, which appeared to be on target, struck the German's outstretched arm, but there was not a lot of distance between the two players.

Nevertheless, following a quick VAR review and a look at the pitchside monitor by Gozubuyuk, the penalty was given, resulting in Riyad Mahrez getting his name on the scoresheet from 12 yards.

Whilst the decision was frowned upon by those connected with Leipzig, former City defender Lescott felt it was correct to see his olds club awarded the chance to reclaim their two-goal advantage.

Lescott, asked if he thought was a spot-kick, told BT Sport : "For me, yes. It is close, but the fact that he has raised his arm and is trying to prevent Torres from getting contact, or trying to block the ball... for me, it is a handball."

Fellow pundit Hargreaves agreed. "When your arm is in an unnatural position they often give it. I think it is really close," said the former Manchester United midfielder.

The penalty was converted expertly by Mahrez, sending Leipzig shot-stopper Peter Gulacsi the wrong way with a powerful effort.

On the penalty, Hargreaves added: "What a penalty that is. I know they have had some issues from the spot, but that is absolutely picture-perfect from Mahrez. He smashes it in the top bin. It is absolutely brilliant."

Leipzig made it 3-2 shortly after half time, with Nkunku netting a second, before Jack Grealish helped City reclaim their two-goal advantage with a lovely solo effort to make it 4-2.