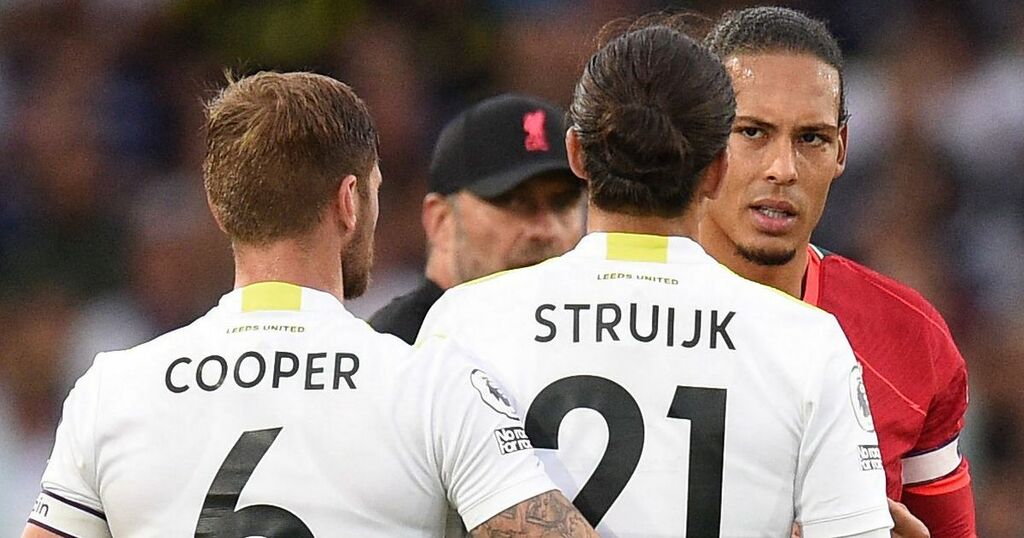 Steve Bruce's Newcastle United will be facing a weakened Leeds United on Friday night as the Whites have a crisis in central defence.

International defenders Robin Koch and Diego Llorente are both injured, whilst young centre-back Pascal Struijk has been handed a three-match suspension following a red card for a challenge which saw Liverpool's Harvey Elliott dislocate his ankle.

Leeds attempted to appeal the decision - feeling that the punishment was given because of the outcome of the challenge, rather than the tackle itself - but they discovered this morning that they had been unsuccessful in their attempts to get the card overturned.

Whilst Newcastle fans have been very unhappy at their side's start to the season, Leeds supporters have been feeling likewise, with fears of 'second season syndrome' rearing its head after a poor start to their second campaign back in the Premier League. As such, they reacted strongly online after news of the ban failing to be overturned broke.

On Twitter, user @bielsaball79 said: "All because they can’t separate emotion from fact. Emotion caused the 4th official and Klopp to get him sent off, and now they won’t back down. Makes Struijk feel accountable when in truth it was fully accidental."

Meanwhile, @IbbetsonPaul suggested there was an agenda against the Yorkshire side: "They were never going to change the decision. Everyone knows it wasn’t intentional and unfortunately the lad got injured but we’re Leeds and get given no favours on to Friday and Newcastle next #mot."

Another fan @RhLUFC96 called the decision a 'joke', whilst @LukeCParker said: "This genuinely baffles me but also doesn't surprise me at the same time."

Although Newcastle have problems of their own coming into this game - not least the likely absence of Callum Wilson - they should take comfort in the fact that Leeds look vulnerable at the moment. Given their lack of options at centre half, the Whites are likely to field full back Luke Ayling in the centre, which could suggest the Magpies could make hay at set-pieces, particularly given that Leeds struggle from those at the best of times.