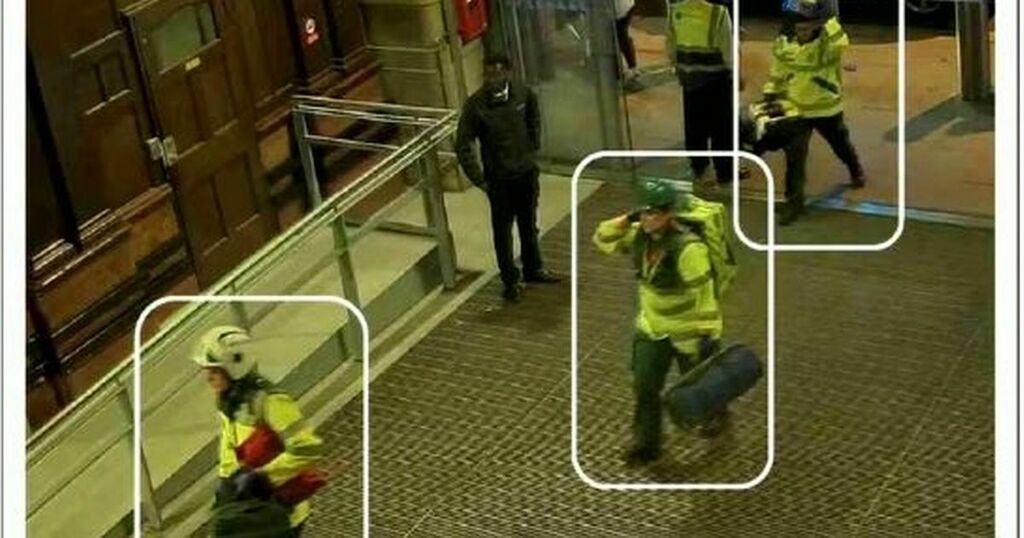 Almost five years on from the Manchester Arena bombing, joint principles to which first responders should work to together at a major incident are still 'not sufficiently embedded throughout the emergency services', the public inquiry into the atrocity has heard.

Keith Prior, a director of the National Ambulance Resilience Unit (NARU), also agreed in evidence there was a 'national shortage' of specialist Hazardous Area Response Team (HART) paramedics.

And it was confirmed at the inquiry on Thursday that the North West Air Ambulance Service did not deploy to the Arena on the night.

Further evidence about 'blood product supply' and air ambulances is expected to be heard at the inquiry at a later date.

Experts have already said that in their opinion, not enough paramedics went into the blast zone to help casualties.

Only three, including two HART operatives, were ever in the City Room, but the inquiry has heard another HART team was present at Manchester Victoria railway station, although they remained outside the blast zone with other, regular paramedics completing other duties.

A policing expert, meanwhile, has previously told the inquiry that JESIP - the Joint Emergency Services Interoperability Principles - 'overall didn't work at all on the night'.

The fire service took more than two hours to reach the scene.

Giving evidence, Mr Prior said in a mass casualty incident, the support of firefighters in terms of 'extraction' of casualties was 'vital'.

But he said the 'application of major incident procedures and additional commanders often impede rather than enable the contribution the fire and rescue service can make'.

"There should be greater collaboration between our services to facilitate more effective joint deployments."

Paul Greaney QC, counsel to the inquiry, said on Thursday JESIP 'wholly failed' at the Arena.

Mr Prior said: "If JESIP is applied correctly the incident should pass much more smoothly and be enhanced.

"JESIP is not sufficiently embedded throughout the emergency services. That's clear."

He agreed it was 'still the position today'.

"Until we get to the position where we have got JESIP embedded and it becomes natural to commanders, then that issue may well continue."

He called for more resources for a JESIP 'team' working to promote and embed the principles within the emergency services, saying it's 'an 'extremely small team'.

"And then we need an additional audit to ensure it is embedded and procedures are in place within organisations," Mr Prior added.

"This is disappointing and is likely to be the result of a failure to sufficiently embed the principles at local organisational level."

The inquiry is hearing evidence about how to bridge the 'inevitable care gap' - the period between a terrorist or mass casualty incident occurring and the arrival on scene of professional, clinical staff to treat casualties.

In his statement to the inquiry, Mr Prior referenced failures in the correct application of JESIP as well as 'conflicting perceptions of risk' and 'concerns regarding responder safety'.

He said: "Certainly at Manchester Arena there was a considerable period of time where the police responders and members of the public attempted to provide care to casualties with a very limited of ambulance service clinicians being deployed into the City Room.

"It's a situation which NARU feels is unacceptable and must be addressed moving forward."

HART teams, he added, were created for that very purpose - to enter zones and treat casualties.

But Mr Prior said there were still 'unacceptable delays by multi-agency commanders to facilitate the entry of such teams into relevant areas during the early phases of incidents when casualties are at their must vulnerable'.

He suggested there was 'quite possibly' a 'reluctance' on commanders to put 'trained ambulance resources forward into the incident itself', but added a commander review was ongoing.

Mr Prior said that today 'joint operating procedures' have been significantly improved since 2017 and offer more 'flexibility' on the part of commanders to send trained staff forward.

"I think there's still improvement to be made," he added on the new policies relating to sending HART teams forward into incidents.

The inquiry heard there are 15 HART teams nationally, each with six people on duty.

But Mr Prior said there's been problems maintaining the minimum staffing levels of six within the teams, agreeing there's 'just not enough members of HART currently within this country'.

He agreed an increase in staff would 'increase the state of readiness' and the numbers available to respond to incidents like the Arena bombing.

On HART, Mr Prior said: "Their primary focus should have been going forward into the incident.

"That's what they have trained for. That's what I would have expected.

"I think the over-riding factor should be the welfare of the patients and the public caught up in the incident - that's the first thing."

Questioned by Pete Weatherby QC, for the bereaved families, Mr Prior agreed that in 2017, there was an 'over presumption' that only HART personnel could go into a casualty zone after a terrorist attack.

With the benefit of hindsight, he agreed there was no reason why regular paramedics couldn't have gone into the Arena blast zone.

A total of 63 people were seriously injured and 111 hospitalised.

The public inquiry continues on Monday next week.