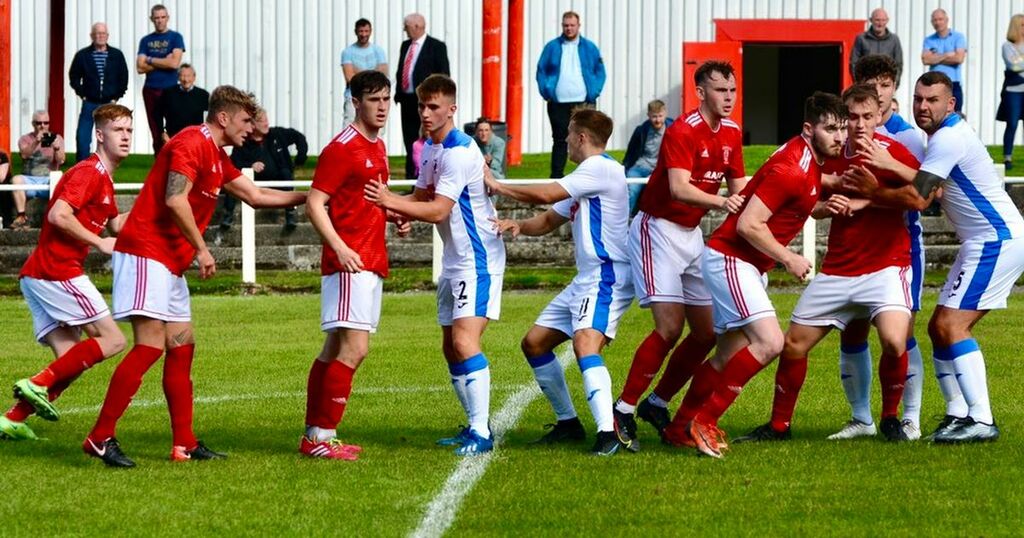 Johnstone Burgh manager Jamie McKim is confident his depleted side will come through their “first sticky patch” in years.

The Keanie Park club passed up some excellent chances to pick up three points against Girvan to give their stuttering Conference A campaign a welcome shot in the arm.

Still short of several key players, McKim is certain his side will hit on a better run of form once they return to bolster his squad numbers.

He told Express Sport: “It was good to get a clean sheet in the bag but we didn’t take our chances once again.

“We had two or three golden chances to win the game but unfortunately we didn’t take them.

“We expect more going forward but I’m sure we’ll be able to put a run together once we get some of our key players available again.

“Against Girvan we were still without some massive players for us. Stuart Fyfe, Gordon Meredith and Ricky McArthur were all still out and they are the spine of our team.

“We’re hoping to have all three back available for our next game which will make a huge difference.

“This is the first sticky patch we’ve gone through in recent years and we all need to pull together to get through it.

“I’m confident we’ll be back to our usual selves once we get some of our main players back on the pitch.”

Due to the heavy injury list, McKim was forced to call on a trio of teenagers to face Girvan on Saturday.

While he would much rather be introducing them gradually into the side, he insists he has no choice given the lack of options due to injury and illness issues at Keanie Park.

McKim said: “We had to play three development squad players from the start against Girvan, which is way too many at this stage of the season.

“They’re just 18 and I want to bring our young players through gradually, but unfortunately because of the current circumstances I’m having to bring them in straight away. It’s not ideal but I’m sure we’ll get through it.

“We’ve got Irvine Vics away from home up next and we need to be targeting a win from that one. They’ve been struggling recently, but so have we.

“Looking at the table, even though our position isn’t great we’re still only a couple of wins away from shooting up the table.