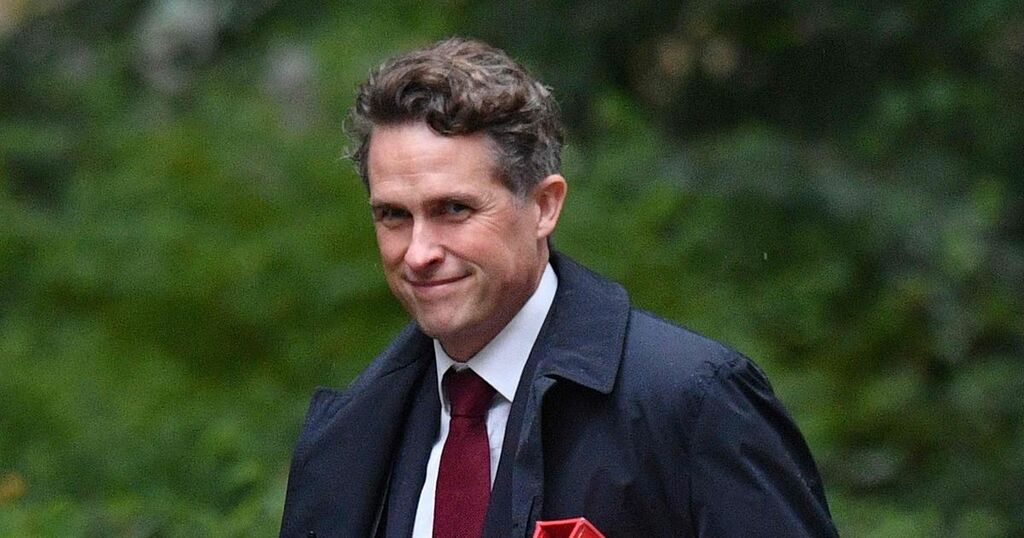 He replaced Mr Williamson with Nadhim Zadhawi, a multi-millionaire Tory who has said poor parents “actually prefer” to pay a “modest sum” for their kids school meals.

Ex-trade secretary Liz Truss, who has failed to make any headway on a trade deal with the United States, was promoted to Britain’s top foreign job.

What do you think of the reshuffle? Have your say in the comment section

But shortly before crafting his new top team the PM instructed Tory MPs to abstain on a Labour bid to stop a swingeing £20-a-week cut to UC and Working Tax Credit.

The symbolic vote passed but Mr Johnson was planning to press ahead next month with the cut, worth £1,040 a year, pushing millions of hard-working families to the brink.

Yet unlike UC claimants, 40% of whom are in work, the ministers who lost their jobs will have a generous financial cushion equivalent to three months’ salary.

Tory co-chair Amanda Milling, who also lost her job, is not thought to qualify for the golden goodbye as she was sacked from a party role.

Labour accused the Government of “warped” priorities by focusing on a reshuffle rather than cancelling their cut.

Shadow work and pensions secretary Johnny Reynolds added: “That they’re giving pay-offs to those they do not deem competent enough to be in Government while cutting the incomes of millions is an insult to hard working people.”

The UC uplift has been in place since April 2020 but is now being removed, despite warnings from opposition parties, unions, landlords, debt charities, mortgage lenders and some Tory MPs.

Tory ex-Work and Pensions minister Stephen Crabb said Tories should be “standing on the side of” supermarket workers, cleaners and care workers - many of whom claim UC to top up poverty wages.

Mr Crabb, who was among several Tories speaking out against the cut, told the Commons the “sudden, abrupt withdrawal” of the £20 uplift “is not the right way of doing welfare policy”.

MPs supported the Labour motion by 253 votes to zero, but it is non-binding and does not force the Government to act.

Mr Johnson hopes that his reshuffle will give his Government a boost after a series of mishaps, including last week’s decision to hike taxes to fund ill-thought out social care reform.

But he has created powerful enemies with Mr Williamson, a former chief whip who “knows where the bodies are buried”, on the backbenches and free to cause troubles.

Mr Raab is understood to be furious with his demotion despite being given the face-saving post of deputy Prime Minister, a job last held by Lib Dem Nick Clegg.

With the first 18 months since his election victory overshadowed by the Covid pandemic, the PM is understood to be keen to show his reforming zeal.

Michael Gove has been moved to Housing Secretary with a brief to tackle the housing crisis.

But the powerful Cabinet minister has also been tasked with keeping the fractured Union from splintering and delivering on the PM’s ill-defined ‘levelling-up’ agenda.

Home Secretary Priti Patel, who was mooted for demotion amid frustration that she had not got to grips with the ongoing Channel borders crisis, has stayed in post.

In turn, he will be replaced Nadine Dorries, a best-selling author and former star of I’m a Celebrity... , as Mr Johnson ramps up the so-called “culture war”.

Other senior ministers to stay in place include Chancellor Rishi Sunak,

Welfare Secretary Therese Coffey, who is overseeing the UC cut, will also remain in her job.

Gaffe-prone Gav finally paid the price for a litany of bungles, including last year’s A-levels fiasco, confusion over coronavirus rules for schools and failing to secure enough cash for the Covid education catch-up plan. As Defence Secretary, he infamously told Russia to “go away and shut up” – will he take his own advice now he’s out of power?

On borrowed time since the Westferry affair, when he gave permission for a housing scheme led by a billionaire Tory donor he sat next to at a fundraiser.

The popular Welshman, a former Cardiff crown court judge, is a surprise casualty. He seems to have been axed to make way for demoting Mr Raab.

A shock pick for the Cabinet, the published author is best known for chomping on ostrich anus, lamb's testicle and other exotic delicacies during her 2012 stint on I'm A Celebrity... Get Me Out of Here!

Down - Dominic Raab, Demoted from Foreign to Justice, Deputy PM and Lord Chancellor

Widely tipped for the chop after he stayed at a five-star luxury resort in Crete while the Taliban marched across Afghanistan and seized the capital, Kabul. However, his position as the PM’s number two was formalised with the official DPM title, as well as his return to the Ministry of Justice, where the human rights lawyer was previously a Junior Minister.

Up - Nadhim Zahawi, Vaccines to Education

A remarkable journey from Iraq to the Cabinet for Baghdad-born Zahawi, who has overseen the inoculation scheme. He was previously Minister for Children and Families, having been handed the role in Theresa May ’s chaotic 2018 reshuffle.

A succession of trade deals struck since Brexit, many of them rollover pacts from when the UK was in the EU, have raised her profile. A darling of Tory grassroots and the latest standard-bearer of the party’s free market economics wing.

Now in his sixth Cabinet post since 2010, Gove has reputation for getting things done. One of the toughest issues facing the Tories is how to hit their target of building 300,000 homes a year without upsetting Conservative voters.

Now in his sixth Cabinet post since 2010, Gove has reputation for getting things done. One of the toughest issues facing the Tories is how to hit their target of building 300,000 homes a year without upsetting Conservative voters.

'Cleanout of duffers is too little too late'

Boris Johnson today moved to clean up the mess of his own making.

This was not so much a reshuffle as an admission he is a poor judge of character.

It took him two years to twig that Gavin Williamson was woefully out of his depth as Education Secretary.

Robert Jenrick should have been dismissed as Communities Secretary when it emerged he had fast-tracked a planning development for a Tory donor.

Get all the latest Politics news straight to your inbox. Sign up to one of the Mirror's newsletters

Dominic Raab proved his unsuitability for the Foreign Office when he stayed on a sun lounger while Afghanistan fell into chaos. But this was not a complete cleanout of Cabinet duds. Priti Patel should have been given her marching orders when she was found to have bullied Home Office staff.

The reshuffle offered a smokescreen for yesterday’s vote on Universal Credit.

We should not forget the people who are losing £20 a week or waiting for an op or desperate for a home.