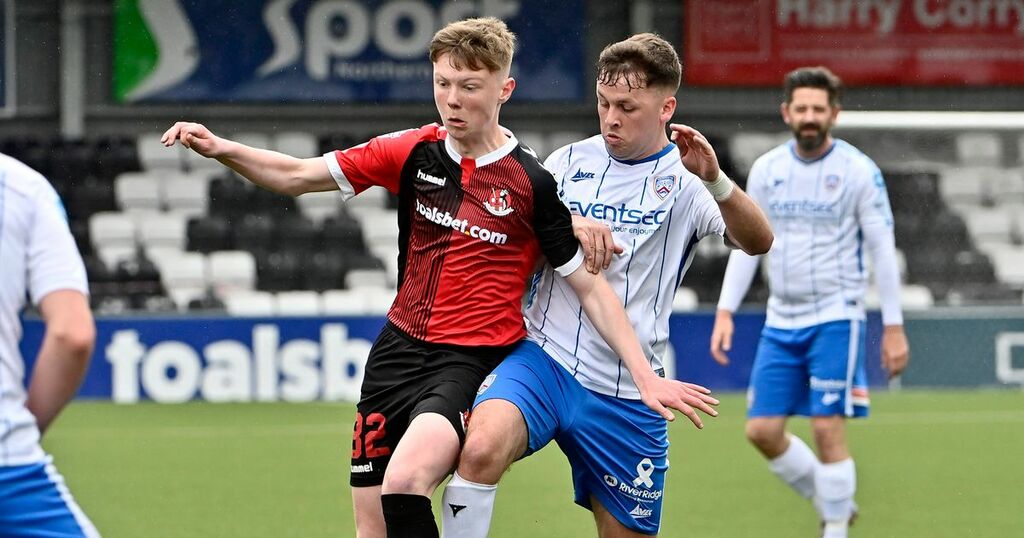 It took Johnny Black one training session with new club Crusaders to realise teen star Jack Patterson is destined for the top.

Midfielder Patterson is on the radar of several clubs across the water including English Premier League trio Everton, West Ham United and Leeds United.

The 15-year-old has already made his competitive debut for Crusaders, and new signing Black believes it is "only a matter of time" before the talented teen secures a full-time deal in England or Scotland.

Black told Belfast Live: "There are a lot of youth team players coming through at the minute at Crusaders, which is great to see.

"They are training with us, and I am not sure how many of them have featured in the first-team squad.

"There is a smashing young player called Jack Patterson. I tell you what, that kid is going to be a baller. He has been across the water quite a bit for trials and it is only a matter of time before he gets a move.

"I can see him moving up the ranks at international level, too. He just needs to fill out a bit."

As well as harnessing a natural footballing ability, Black says Patterson's spatial awareness is what sets the teenager apart from some of the other youngsters progressing through the ranks at Seaview.

Black added: "We were playing a possession drill in training, and he was just on the ball all the time. He was bouncing about and looking around.

"Kids don't do that, looking around before they receive the ball so they know what space they have. Wee details like that make the difference between a top player and an average one.

"It probably wasn't even his best session, but you can tell he will be a top player. That's the first session I have seen him, and he definitely surprised me, especially the age of him."