John Niven: You’re going to play by the rules like everyone else Novak 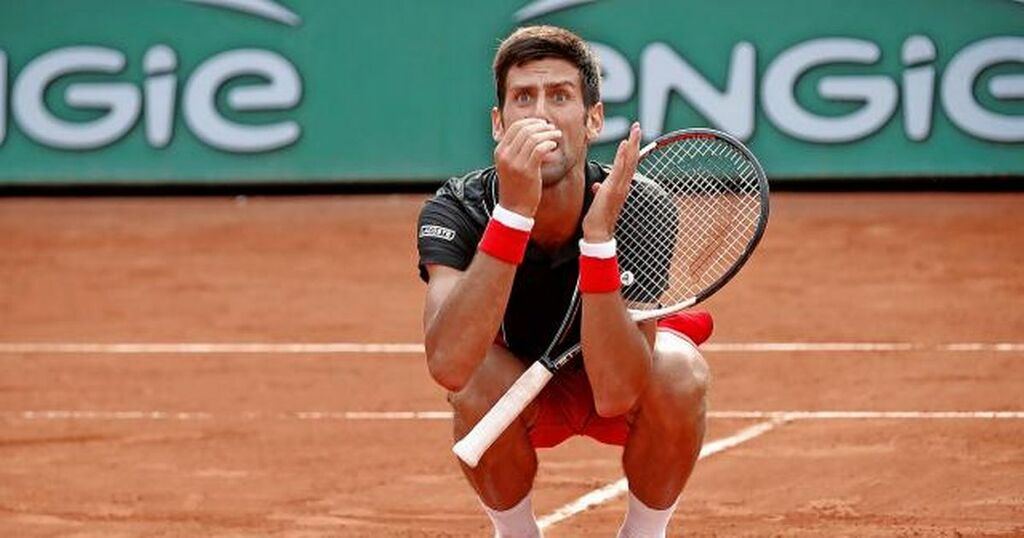 If there’s one thing that really boils my blood in these difficult times, it’s people thinking the rules don’t apply to them.

Take, for instance, my daughter’s school bus, where masks are mandatory, unless you have a valid medical reason for not wearing one.

Funnily enough, the very few kids who get on the bus unmasked are the ones whose parents are furious anti-mask, anti-vaccine idiots. Idiots whose children suddenly seem to suffer from obscure medical conditions that mean they don’t have to wear a mask.

Oh – your son’s severely asthmatic? He did a great job of playing through it in that football match the other week. Hats off to the lad. But I can see how wearing a tiny bit of cloth on his face for 20 minutes might kill him.

Which brings us around to Novak Djokovic. He rarely disappoints, eh?

If there’s a way to come across as a Grade A, 24-carat... what’s the word? Baton, as we say in Scotland, then he’ll find it. Not content with being the most unpopular player on the tennis tour, it seems that the feisty Serb is now having a go at becoming the most unpopular man in Australia, if not the world.

In case you missed it: Djokovic was denied entry to Australia to compete in the Open.

He’s currently sitting in a quarantine hotel – and probably not the kind of hotel he’s used to – awaiting the results of an appeal on his visa status tomorrow. Why was he refused entry?

He’s unvaccinated and was travelling on a “medical exemption”. An exemption, it now seems, that may not have been totally valid.

●People who suffer from “cardiac illness or another acute medical condition”.

●If “a serious mental health problem means the vaccine could put them at risk”.

●If they have had “a potentially fatal reaction to the first vaccine dose”.

●If “the individual has had Covid in the past six months”.

I think we can safely rule out No1. I mean, I think we can all agree it’s unlikely the world tennis No1 is haring around the court week in and week out with a serious heart condition.

As for No2, well, we’re not aware of any mental health issues.

And I think we can safely rule out No3, because Djokovic’s views on vaccination are already a matter of public record. In April 2020, well before Covid vaccines were available, he said he was “opposed to vaccination”. He later clarified his position by adding that he was “no expert” and would keep an “open mind” but wanted to have “an option to choose what’s best for my body”.

Then, during a Facebook live chat, he said he “wouldn’t want to be forced by someone to take a vaccine” in order to travel or compete in tournaments, adding that he was “curious about wellbeing and how we can empower our metabolism to be in the best shape to defend against imposters like Covid-19.” OK. So far, standard enough bonkers anti-vaxxer stuff.

But, if you dig into some of Djokovic’s other “medical beliefs”, it gets even better…

In his autobiography Serve To Win, Djokovic described how in 2010 he met with a nutritionist who asked him to hold a piece of bread in his left hand while he pressed down on his right arm. He claims he was much weaker while holding the bread. What did this mean?

Why, it was proof to him of his gluten intolerance! Then, during an Instagram live chat, he claimed that positive thought could “cleanse” polluted water.

Why? Because, as we all know, “scientists have proven that molecules in water react to our emotions”. That’s right – he’s completely cuckoo.

And that’s fine. I have no problem with any of my fellow humans deciding that the whole sanity thing isn’t for them. Go with God, my friend. Run naked down the street shouting about how you can talk to water or how 5G is entering your brain and making you want to buy stuff on Amazon. However, during a global pandemic, here’s one thing you are going to do…

You’re going to play by the rules. And the only possible rules explanation that could apply to Djokovic is that he has had Covid in the past six months. And failed to mention it recently.

He did have Covid back in 2020, after he contracted it along with a bunch of other players. At a tournament he hosted. In direct contravention of Covid protocols at the time. Could he have had it again? I guess we’ll find out tomorrow.

But the whole sorry, idiotic episode reminded me of something…

Those unmasked kids on my daughter’s bus. Their proud, defiant expressions. Expressions taught to them by their parents, the anti-maskers and anti-vaxxers. The ones who think the normal rules don’t apply to them. The ones who “do their own research”. The water talkers and the bread holders.

It was left to Nadal to offer the best rebuke to Djokovic’s lunacy.

He simply said: “I believe the people who know about medicine.