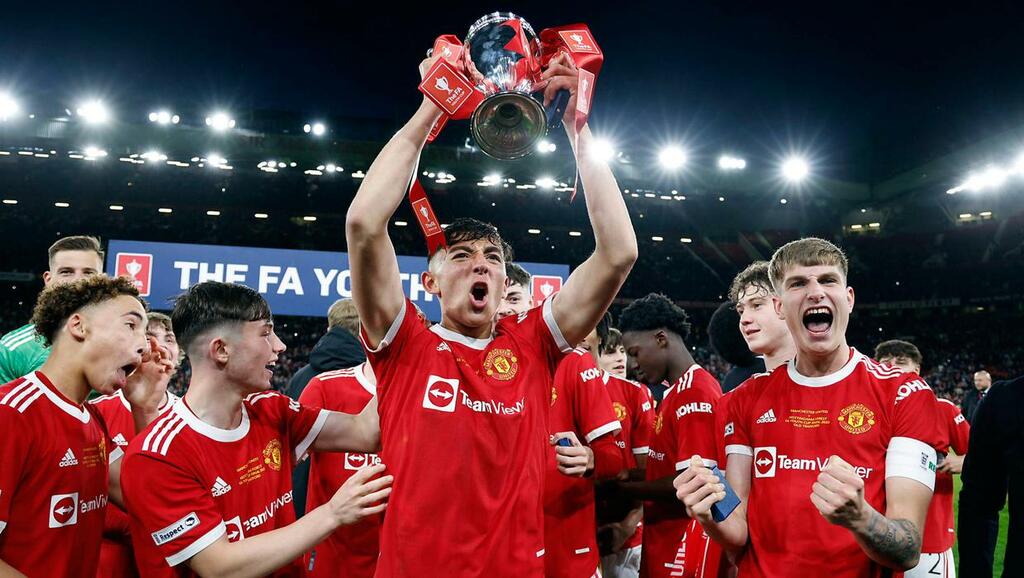 Manchester Evening News
Manchester United’s academy is winning again – so why not play the kids against Crystal Palace?

Manchester United might get ribbed by their rivals for celebrating a Youth Cup triumph like a senior honour, but there is a genuine reason why success in midweek could well provide the blueprint for the first-team to follow in the years ahead.

As the most successful side in the illustrious history of the youth tournament, it can be dangerous to presume United are entitled to future successes simply because of their past exploits.

This dangerous complacency has already hurt United before, with the club punished for taking their eye off the ball and presuming further talented youngsters would emerge from the famed academy system.

United boast a record of having an academy graduate part of their first-team squad for the last 4,146 matches and can unravel a list of 243 youth products who have made their senior debut for the club, but the real achievement is to maintain such a heritage and embrace the enormous responsibility placed upon them.

Victory in the Youth Cup on Wednesday night was another step in the right direction, and further reward for one pillar of the club which has been effectively overhauled in recent memory.

Prior to being appointed the club's inaugural football director last year, John Murtough was tasked with overseeing the overhaul of United's overhaul of the academy and recruitment department.

A key aspect of the rebuild was putting the right personnel in place around the academy, with the appointment of individuals who could not only continue the youth to uphold the club's famed youth set-up but bring in fresh ideas to innovate it as well.

Murtough brought Nick Cox into the club and backed his appointment as the head of the academy, taking over the role from club great Nicky Butt. That summer also saw Youth Cup winning manager Travis Binnion arrive at the club as the head of player development at U14-U16 level, before taking his latest role as U18 lead coach a year ago.

It was last summer that United moved to appoint Justin Cochrane too. The 40-year-old had offers from the Football League and was in the running for the England U21 job before being tempted to move to United to work as the head of first-team development.

Just as important, though, has been the recruitment of players.

As part of the academy overhaul, United revamped their scouting and coaching operations to ensure they were competing for the best available domestic talent, as well as looking further afield for international recruits.

It was Murtough who chaperoned teenager Hannibal Mejbri at United's 2019 pre-season friendly with Kristiansund in Norway. On that trip, the French-born midfielder met Paul Pogba and was sold by the club's long-term vision for him, rejecting offers from Bayern Munich and Barcelona to move to Manchester.

A year later, and United scoured Spain for a trio of top talents. Alvaro Fernandez joined from Real Madrid, Marc Jurado from Barcelona, and Alejandro Garnacho from Atletico Madrid.

Jurado and Garnacho both shone in the Youth Cup win over Nottingham Forest. On the same night, defender Fernandez was named the club's U23 Player of the Year.

In the same summer, United lured Joe Hugill from Sunderland amid rival interest from Arsenal and Tottenham while Charlie McNeill rejoined the club from local rivals Man City. Both captures were evidence of United's rising stock in the youth game; both of the forwards played in the Youth Cup win this week.

United's academy resurgence has been underpinned by significantly increased investment, but spending money counts for very little if it isn't spent wisely.

With the appointment of Erik ten Hag this summer comes another chance for United to overhaul a key pillar of the club and another opportunity for Murtough to implement the type of wholesale change that is required.

The Youth Cup victory is testament to the hard work which has gone on behind the scenes in recent years; now it needs to be the blueprint for the first-team to follow.

Manchester Evening News
Manchester United’s academy is winning again – so why not play the kids against Crystal Palace?