Pretty disappointed in John Mulaney, saw him tonight and yeah, he was funny, but he gave Dave Chapelle the platform to make some transphobic jokes. Also very disheartening to hear a crowd of 12,000 around you (a trans person) laughing at transphobic jokes. Thanks Columbus.

and then was salty when some ppl booed him……..

John Mulaney deadass built his career thanks to queer teens/young adults turning his comedy into common quotes and memes, and he turns around and shits in their faces by bringing Dave Chappelle to one of his shows, tacitly endorsing his comedy and jokes

Very brave of John Mulaney to make sure no one in the audience could record the show knowing that he was gonna bring out Dave Chapped Lips as an anti-trans treat. https://t.co/0s5Hj6wYSe

No, it just means he doesn't care. Other comedians exists, ones that could have used the opportunity to open for John Mulaney. It may have helped make their career. He didn't care. He didn't care that Chapelles is a bigot. He may not agree, but He DOESN'T CARE. https://t.co/hPAJ20x5uM

#DaveChappelle is a vile human actively attacking minorities who are already a target of constant harassment.

And #JohnMulaney is as disgusting for actively supporting, platforming & exposing his audience to this type of derogatory ambush and verbal abuse. pic.twitter.com/k46Vn50Npj

. Stop convincing straight cis men that they’re funny challenge! Despite being the internet’s favourite white guy during the peak of Tumblr, Mulaney has had many a stumble. His messy public breakup with and subsequent pregnancy with definitely dampened the clouds hanging over his image. Now he’s gone and fucked up even worse, by surprising his crowd at an Ohio show with Dave Chappelle, who has kind of made . I won’t get into it too much, but Chappelle is basically an old guy who feels restricted in his language because he can’t offend everyone under the guise of comedy. Instead of telling audiences to grow a tough skin, have you tried just being funny? We can’t tell folks to go to other comedians’ shows anymore because it looks like Chappelle will appear anywhere. The show was part of Mulaney’s current tour From Scratch. This is the second time that Chappelle has been randomly placed as an opener. Both times, he has reportedly included a transphobic joke in his set. Members of the audience have been sharing their experiences of the show online, including the fact that Mulaney made a point to ban recording during the show. I wonder why he wanted nobody filming Chappelle’s set. Other Twitter users claimed that Mulaney expressed how close he was to Chappelle throughout his set, and came out to hug him after he was finished opening. Chappelle has far too many platforms already, he doesn’t need his buddy giving him the green light to spring transphobia on an unsuspecting crowd. One audience member wrote down some of the things Chappelle allegedly said during his set, and it includes ableism, transphobia, racism and some rather strange comments about Russia. Argue with your wall about the definition of comedy, some things are just fucked up to say, period. All I ask for is just one week without trans people being dragged through the dirt because some people just love to express their . I leave you with this meme about the situation before I get too heated.
Sign up to read this article 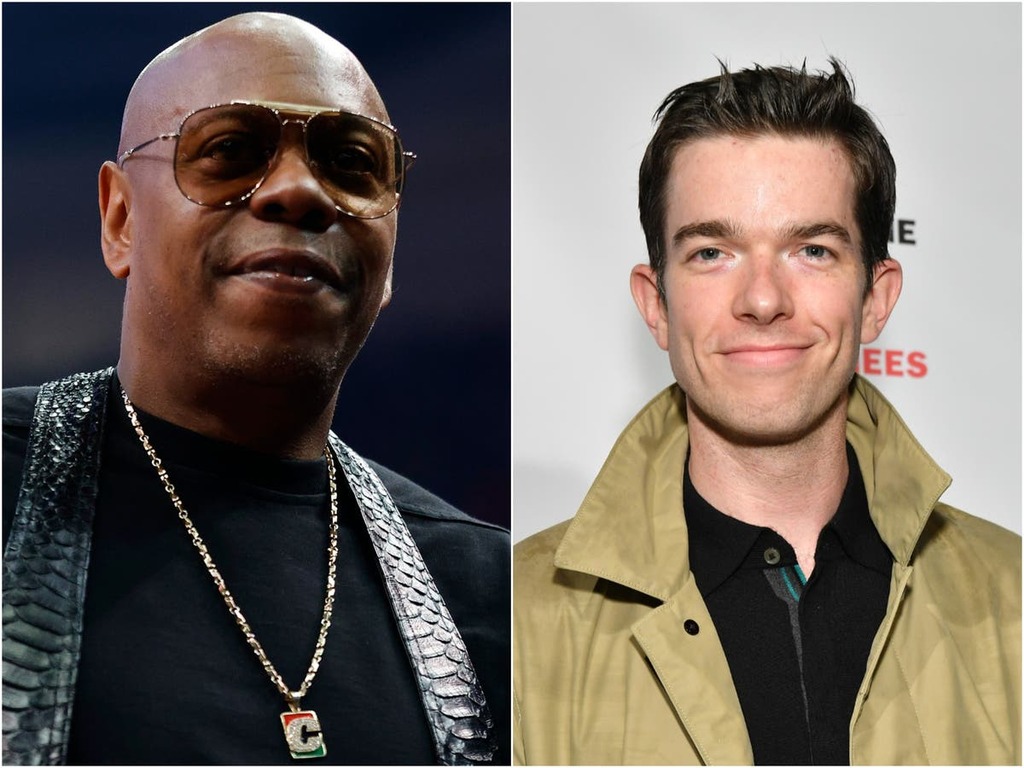 Dave Chappelle criticised for making ‘transphobic jokes’ during surprise appearance at John Mulaney’s show
Event had no-phones policy, meaning no one could take videos of the controversial comedian’s set

Tribune News Service
When it comes to Dave Chappelle and his attacker, there are no winners