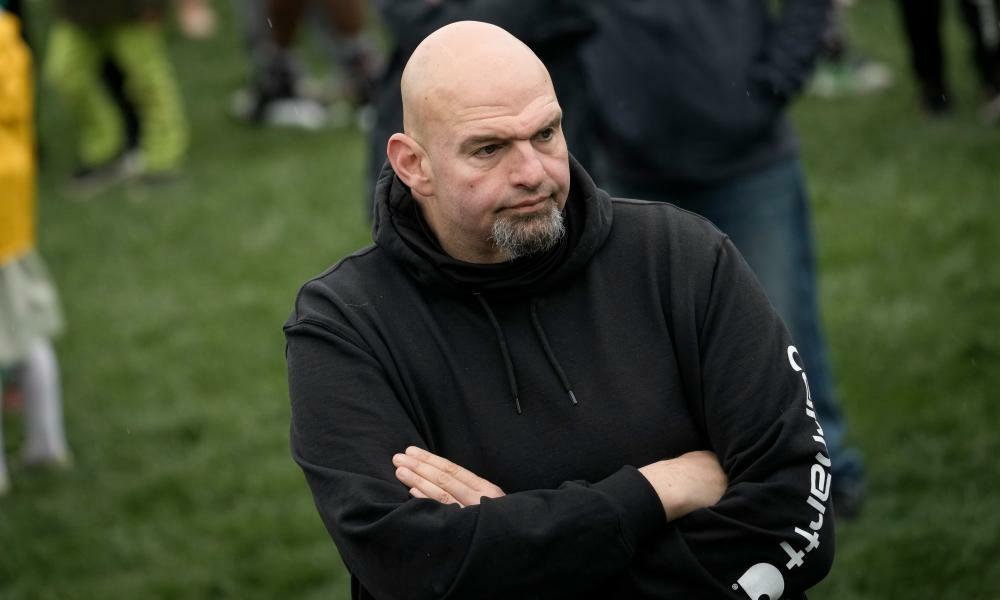 Can this offbeat tattooed Democrat flip a Pennsylvania Senate seat?
John Fetterman, a proponent of marijuana legalization and sentencing reform, is the frontrunner in his party’s primary

The Independent UK
Ted Cruz vouches for David McCormick's conservatism, potential to win US Senate nod in Western Pa. visit
Hypothesizing that if Republicans lose Pennsylvania this November, they'll "lose the country," U.S. Sen. Ted Cruz, in a visit to… 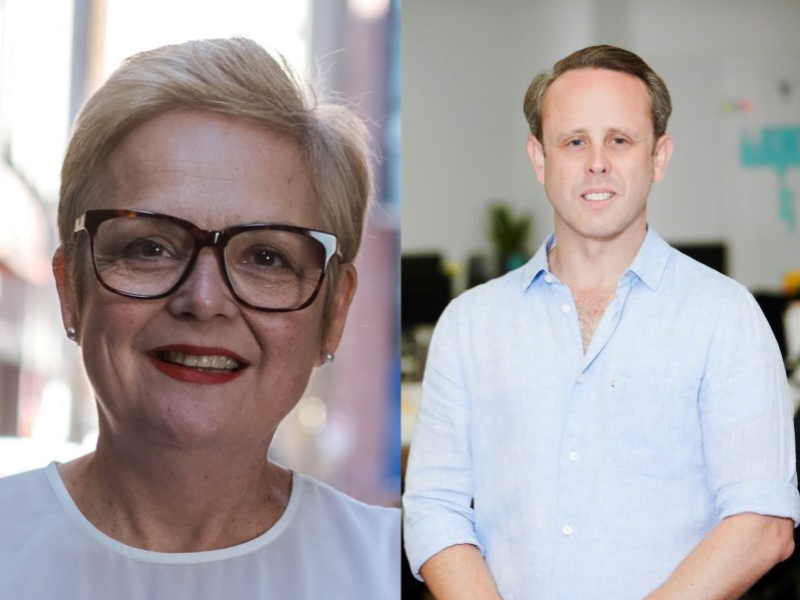 InnovationAus
On the Pacific, the new government must be bold and go big. Here's how the repair work could begin

John Fetterman will likely be Pa.’s Democratic Senate nominee. So why do so few elected Democrats back him?

PHILADELPHIA — John Fetterman is president of the Pennsylvania Senate, but he doesn’t have a lot of friends among the senators.

As lieutenant governor, one of Fetterman’s few official duties is to preside over state Senate sessions in the body’s ornate chamber in Harrisburg. But not one Senate member, including the 20 Democrats from his own party, publicly supports his campaign for U.S. Senate.

None of the 90 Democrats serving in the state House do either. And across the state, almost no elected officials have endorsed him. A rare exception is Scranton Mayor Paige Cognetti, who endorsed Fetterman on Wednesday.

It’s a striking lack of support for a candidate who has been and stayed his party's front-runner from the day he launched his campaign. And it has endured even with Fetterman on the cusp of winning the Democratic nomination in the May 17 primary.

“He’s definitely not a politician,” Kane said of Fetterman. “I respect that about him. And I guess it’s his way of doing business.”

Fetterman and his campaign shrug off endorsements as antiquated, sometimes mired in political quid pro quos, and far less important than what voters think. And polls throughout the campaign have showed Fetterman enjoying healthy and sometimes huge advantages: One poll released this week had him leading Lamb by almost 40 points.

And his lack of establishment allies — despite being the state’s No. 2 elected official — neatly fits his political pitch as an outsider, one who can attract progressives and disaffected rural Democrats who feel let down or left behind by the party.

“John has never been a politician’s politician, and he never will be,” campaign spokesperson Joe Calvello said. “And frankly that’s a good thing. ... Our campaign has been laser-focused on appealing to actual voters across the state, not political insiders.”

But Fetterman’s relationships in the Pennsylvania Senate could offer a window into how he might fare in the U.S. Senate.

“You can be a loner, but you can’t come in having convinced yourself that you can do things alone,” said Ross Baker, a political science professor at Rutgers University who advised Sens. Patrick Leahy, a Vermont Democrat, and Chuck Hagel, a Nebraska Republican.

“Staying away from party leadership and running as somebody who is untainted by party favor is fine in the campaign,” Baker said, “but it doesn’t translate well into the Senate.”

While Fetterman doesn’t ask elected Democrats for their support, his opponents have swooped in to woo lawmakers. Lamb has endorsements from five state senators, including Democratic leader Jay Costa, and 23 state representatives. State Rep. Malcolm Kenyatta has the backing of two state senators and 17 of his colleagues in the state House.

Several lawmakers interviewed for this article said Fetterman never sought their endorsement. Some spoke on condition of anonymity because they didn’t want to be named criticizing a fellow Democrat widely expected to win the nomination — and be at the top of their party’s ticket. They all said they have no substantive relationship with him despite seeing him regularly in Senate sessions.

Every Democrat interviewed said they would support Fetterman if he’s the nominee.

Some Philadelphia-area lawmakers might not have been inclined to endorse Fetterman from the outset. Kenyatta represents a North Philadelphia district in the state House, and Lamb has the backing of the Philadelphia Democratic Party.

But you never know unless you ask.

“He’s never asked me,” Kane, who used to lead the Philadelphia plumbers union and represents parts of Delaware and Chester Counties, said. “I guess he doesn’t need it.”

“He has never really spoken to me or reached out to me about anything,” she said. “There’s plenty of time for interaction — he’ll walk through the Senate floor and maybe say hi to some people.”

Cappelletti, who is backing Kenyatta, noted that there are progressive and more moderate Democrats serving in the Senate.

“This isn’t about his policies,” she said of Fetterman’s sparse support. “This has to do with the ability to do the job, and the willingness to work with others.”

State Sen. Tony Williams, who represents parts of South and West Philadelphia, said he would have considered endorsing Fetterman if the lieutenant governor asked. Williams said he could have been a bridge to Southeastern Pennsylvania communities that might have been hard for the former mayor of Braddock, outside Pittsburgh, to access.

Williams, who’s facing a primary challenge from former Philadelphia schoolteacher Paul Prescod, said that while he loathes asking other elected officials for endorsements, he does it and sees it as necessary. “I have a lot of endorsements, but that’s just so that other people can’t brag that they got it and I didn’t,” he said.

He was perplexed that Fetterman never lobbied Democrats in the Senate to take his side.

“I’m on the (Senate) floor with him all the time,” Williams said. “So at some point in time, I’m like, ‘Dude, why are you not asking for endorsements?’”

Williams said Fetterman explained that he didn’t ask “out of respect” for Williams, who might have been in an awkward position given that Kenyatta is from Philadelphia and Lamb won the Democratic City Committee’s endorsement.

State Rep. Darisha Parker, who represents part of Northwest Philadelphia, said she supports Lamb partly because she thinks the congressman understands Washington better than Fetterman does.

“I am a sitting state representative. I am in the same building as you,” she said. “This man’s never come and introduced himself to me or any of my colleagues. So if a lieutenant governor doesn’t take the time to get to talk to somebody like me, then why would we want to send somebody like him to D.C.?”

Baker, the author of "Friend and Foe in the U.S. Senate," said personal and professional relationships between senators can foster bipartisan cooperation on policy in fiercely partisan times. They also help new lawmakers get in good with party leaders in the Senate, smoothing the way for important committee assignments.

“(Chuck) Schumer’s a guy who, assuming he’s the majority leader, is I think addicted to a certain degree of flattery,” Baker said of the current Senate Democratic leader.

Calvello, Fetterman’s spokesperson, pointed to his work chairing the Pennsylvania Board of Pardons as evidence he’d be “a highly effective senator.” Fetterman pushed forward reforms to the clemency process and worked to build unanimous support for 46 commutations, far more than has been typical for decades.

“John knows how to work with colleagues, including people he often doesn’t agree with, to get things done and deliver results for the people of Pennsylvania,” Calvello said.

Fetterman does have a relationship with at least one potential future colleague: Vermont Sen. Bernie Sanders, whose 2016 presidential campaign Fetterman enthusiastically supported. Fetterman got Sanders' backing in his 2018 run for lieutenant governor, and some of Sanders’ former staffers work on Fetterman’s campaign.

Former Sen. Ben Nelson, a centrist Democrat who represented Nebraska until 2013, wrote a book, "Death of the Senate," about the decline of bipartisanship. In his experience, successful relationship-building was less about social skills and more about a willingness to work across partisan and ideological lines.

“You can’t make people like you, but you can make it hard for them not to, by reaching out and showing them that you’re interested in their agenda, as well as the progressive agenda,” he said. “If you’re a one-trick pony, don’t expect a lot of people to be standing behind you when you need them.”

If Fetterman wins the nomination, Nelson said, his first step should be to reach out to a lot of the people who backed his opponents — along with his opponents.

“If you’re the winner, they’re not gonna come to you, you have to go to them,” Nelson said. “It’s critical.”

Can this offbeat tattooed Democrat flip a Pennsylvania Senate seat?
John Fetterman, a proponent of marijuana legalization and sentencing reform, is the frontrunner in his party’s primary

The Independent UK
Ted Cruz vouches for David McCormick's conservatism, potential to win US Senate nod in Western Pa. visit
Hypothesizing that if Republicans lose Pennsylvania this November, they'll "lose the country," U.S. Sen. Ted Cruz, in a visit to…