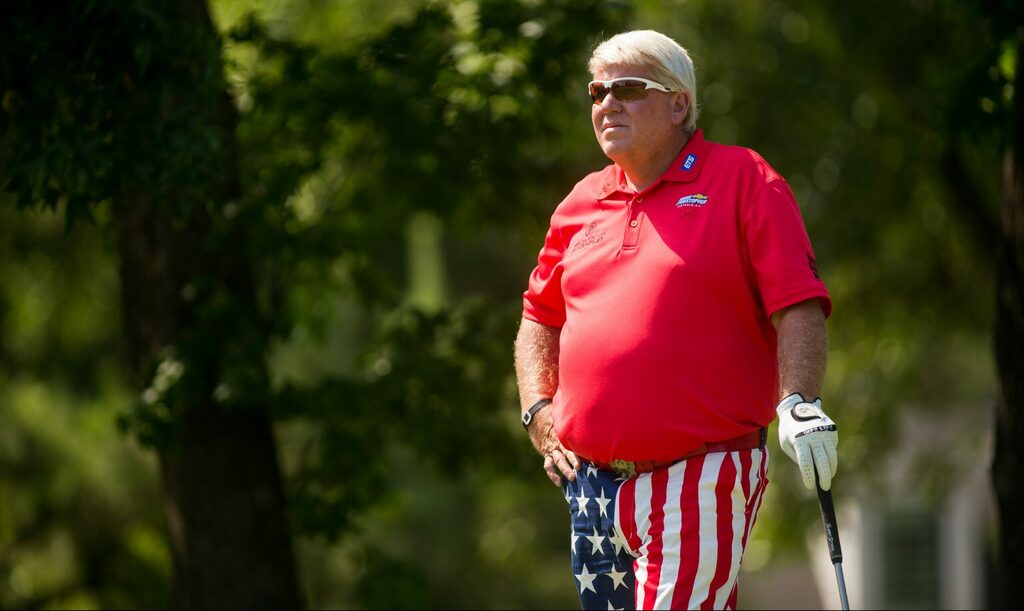 Little about John Daly’s life has been mundane. When the two-time major winner was chosen to throw out the first pitch at a St. Louis Cardinals game, it follows suit that the experience would be unique.

Daly was on hand as the Cardinals hosted the Los Angeles Dodgers, a move that aligned with the PGA Tour Champions Ascension Charity Classic at Norwood Hills Country Club.

A noted Cards fan, Daly was eager to get the opportunity to take part in the ceremony, even wearing a jersey with the number 91, in homage to his winning the PGA Championship at Crooked Stick in 1991. A portion of each ticket that sold for the contest was donated to the Gateway PGA REACH Foundation, which positively impacts the lives of youth, military, and diverse populations by enabling access to PGA Professionals and the game of golf.

Fans who attended were treated to a Daly bobblehead and then saw the Arkansas product throw this pitch:

First pitch like you haven't seen before. ⚾️😂@PGA_JohnDaly at the @Cardinals game. pic.twitter.com/zW6NmtrKzH

Daly, of course, has been entertaining us since Crooked Stick, when as the ninth alternate he won by hitting the ball miles past everyone else. Kind of like what Bryson DeChambeau is doing these days.

But Daly wasn’t a one-hit wonder, as he went on to win the 2005 British Open and three other PGA Tour titles while earning more than $10 million. He’s still known more for his affinity for gambling and drinking, as well as his sartorial choices.

Daly won an interesting wager when buddy Fuzzy Zoeller bet Daly $150,000 he wouldn’t make it to his 50th birthday.