Eight teams will vie for the Israel Winner League basketball crown as the four best-of-five quarterfinal series are ready to get underway this weekend across the country.

All throughout the season, Hapoel has had the upper hand against Maccabi as the Reds have won each and every battle in league play as well as in the Israel State Cup.

However, once it comes down to the postseason everyone knows that whatever happened in the regular season can be thrown out the window as the real games are about to begin.

One player who is very aware of the challenge in front of the yellow-and-blue is captain John DiBartolomeo, who is looking to lead the club to its fifth local title in a row.

Any time the captain of Maccabi Tel Aviv is around, the song “It’s a beautiful day in the neighborhood” always seems to accompany him. Yes, the tune that will always be associated with Mr. (Fred) Rogers as, similar to the children’s television icon, DiBartolomeo is always there with a smile and support for those who are in need.

The 30-year-old DiBartolomeo is the epitome of what a captain should be. But not just any captain – the captain of Maccabi Tel Aviv. It’s not an easy job to be the leader of arguably the greatest franchise in Israeli sports. It’s something that is not only earned, but also in most cases something that one grows into.

John D. – as he is so passionately called by his friends, fans, teammates and staff – is second to none and deservedly so.

On the court, the American guard is deft, certain, confident and proud. Off the court, he is all of that and even more. He is admired by everyone and a role model for many. Any child – or adult, for that matter – who wants to take a picture with him or would want an autograph or to just say hello, DiBartolomeo is there.

He is like your friendly neighborhood Spider-Man but in fact more like Mr. Rogers, whose message today is still more relevant than ever.

For the youth of today, John DiBartolomeo is who Mr. Rogers was for the youngsters of yesterday.

“John is amazing,” a misty-eyed Maccabi coach Avi Even said after a recent win over Hapoel Jerusalem. “I don’t believe anyone thinks otherwise about him. He’s a winner. I’m happy he was there to hit those critical three-pointers. He brings a lot of positivity and he is someone dynamic. He’s a role model for any player. Every single player in the youth department should look at him and say ‘that is who I want to be.’”

That is quite the compliment for a player who has climbed up through the ranks, first attending a NCAA Division III university (Rochester) and then moving into the lower leagues in Spain before finally landing in Israel at Maccabi Haifa.

DiBartolomeo didn’t have an easy time making his way to where he is today. But he did it with hard work and perseverance as he earned the Israeli league MVP with the Greens before signing with the yellow-and-blue back in 2018.

Since becoming Maccabi’s captain, DiBartolomeo has captured numerous domestic league titles from the league to the State Cup and Winner Cup. But while his trophy case gets bigger and bigger, so does his heart and passion for what he does and what he means to all those around him.

He is usually level headed with a word of support and advice. Rarely does he get angry, though that was something that we saw during the Real Madrid Euroleague playoff series after Game 2. And that is fine. His true emotions and heart showed in a time where he was suffering along with his team and that is something Mr. Rogers would have understood as well.

“None of us were happy as to how the series went against Real and we all had high hopes,” DiBartolomeo said, but quickly looked ahead to the task at hand in league play, which was to head into the postseason with home-court advantage.

“Players here have to have a short mindset and this was a good win, but we have another big game next week in Galil. We have to finish on a high note.”

That’s John D. – straight and to the point – and it’s why Even lavished praise on him the way that he did, which was something that seemed to stun the guard.

“It’s a very nice compliment,” DiBartolomeo said shyly. “I’ve worked with Avi for a long time and he knows me well so it’s very nice to hear that from someone who knows me closely. There are a lot of factors that contribute to our success of late and there are some guys who have been here for a while and understand the culture here.

“I’m not one who likes to talk about myself, but working hard and being as professional as I can, I try to do my best. I have days just like anyone else and I try to notice that and move on and past it. If I can be an example for any young kid, that’s a compliment I’ll take over and over again.”

DiBartolomeo has a contract with Maccabi for next season and it’s clear that he will be a yellow-and-blue player for the balance of his career. He will go down as one of the greats for what he exemplifies and for who he is and the person that he portrays.

We all have to take a step back and realize what a privilege it is to have a player – a person – like John DiBartolomeo as part of the fabric of Israeli society and the country’s world of sports.

He is truly the Mr. Rogers of our generation. 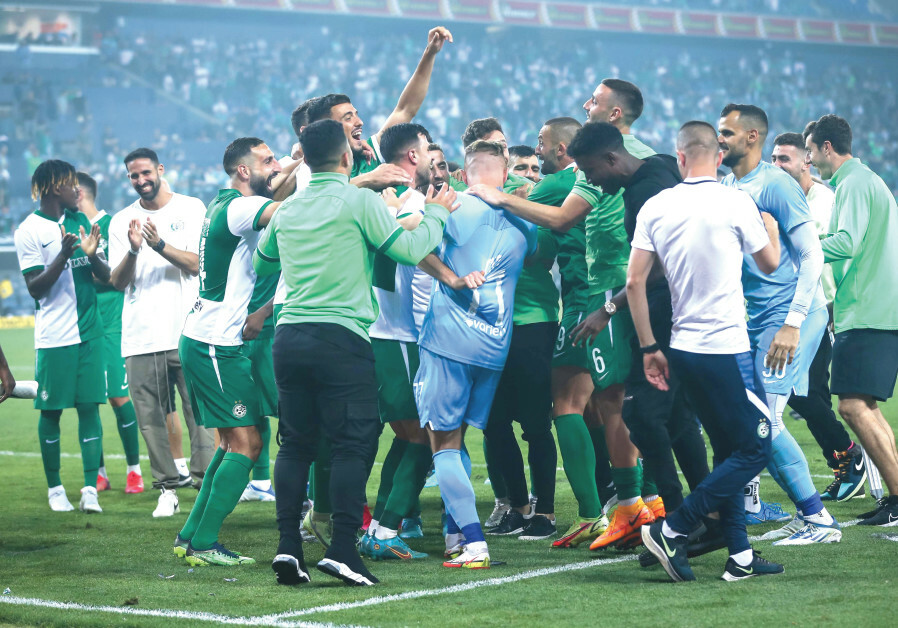 The Jerusalem Post
One subscription that gives you access to news from hundreds of sites
Tale of neglect: how Beitar Jerusalem became infected with racism

The Israeli club have never signed an Arab player and a section of their fans like it that way, as…