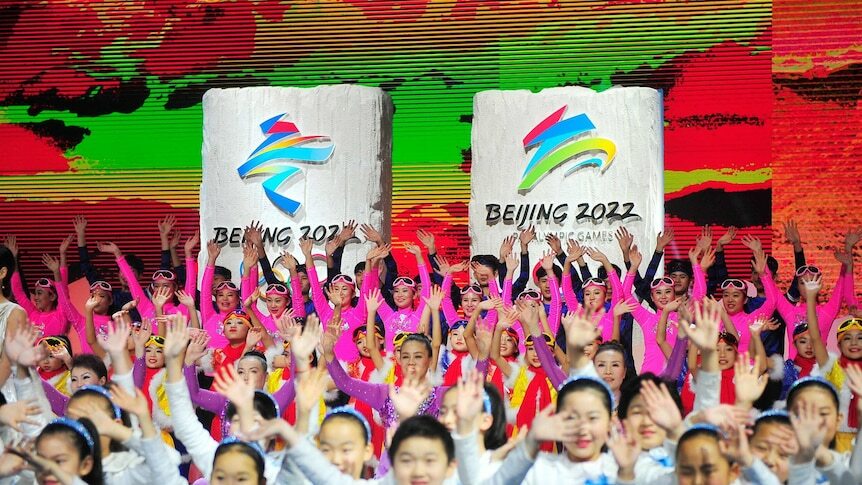 The International Olympic Committee (IOC) will not pressure 2022 Winter Olympic Games host China over its human rights record because it is not in the governing body's remit to dictate to sovereign countries.

Rights groups and United States lawmakers have called on the IOC to postpone next year's Beijing Games and relocate the event unless China ends what the US deems ongoing genocide against Uyghurs and other Muslim minority groups.

Chinese authorities have been accused of facilitating forced labour by detaining around a million Uyghurs and other primarily Muslim minorities in camps since 2016.

China has denied any wrongdoing.

"The IOC does place a very high emphasis on human rights," Coates said in a National Press Club address.

"But … the IOC's remit is to ensure that there is no human rights abuses in respect of the conduct of the Games within the national Olympic committees or within the Olympic movement.

Coates was asked why the IOC would intervene in Afghanistan — where the Games were not being held — but not take a stand in countries where they were not staged.

The IOC said last month it had helped around 100 members of the "Olympic community" in Afghanistan to leave the country on humanitarian visas after the Taliban took control.

"The work the IOC is doing is to protect the Olympians and those involved in the Olympic moments, those who comprise the sports federation in Afghanistan," he said.

Coates — who also serves as Australian Olympic Committee president — said he does not see the point in any country boycotting the Beijing Games.

He said Olympic boycotts in the past had achieved nothing.

"Having athletes from 206 national Olympic committees and the IOC refugee Olympic team united in competition, living together, exchanging opinions, sharing their life stories and dreams — that really matters," he said.