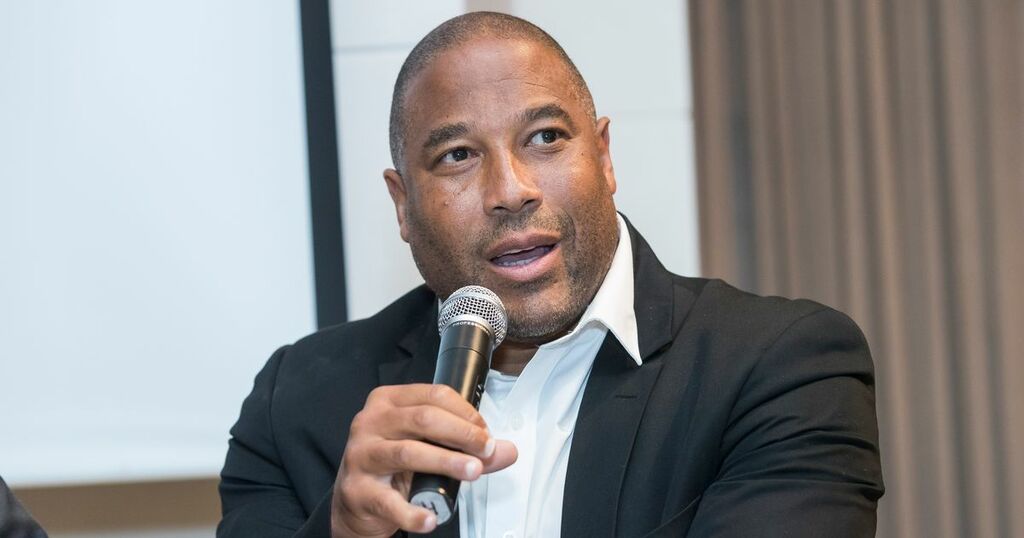 Former England star John Barnes told Jeremy Vine you can't expect all footballers to get vaccinated against Covid unless is was made compulsory.

In a segment on his Channel 5 show, Vine explained how 98 per cent of footballers in the top Italian league Serie A and 94 per cent in the German Bundesliga have been reported to be double vaccinated.

It has been reported that as little as 30 per cent of players in the Premier League have been fully vaccinated.

Responding to the difference, John said: “I think Italy are like that because Italy had a horrendous time [with covid] early on, so they saw the debilitating effect it had on lives.

Jeremy asked the football pundit if he was managing a team, would he like to know who was vaccinated and who wasn’t, to which John replied: “Yes, I think they [managers] do, but I don’t think they can force them [footballers] to be jabbed.

“Footballers aren’t different to normal people, and if the law says that people have to be jabbed or it’s up to you whether you’re jabbed or not, I don’t think you can take footballers out of that and say make a special dispensation to footballers.”

Jeremy Vine spoke about how the NBA in the United States has strict Covid rules for unvaccinated players and ‘if they miss a game because of Covid they won’t get paid’.

Journalist Angela Epstein said the lack of those double vaccinated in the Premier League was ‘outrageous’. She said football was only back ‘up and running properly with crowds’ because ‘the rest of us have had jabs’.

“It’s an intimate game, tackling, coming up close to people. They’re in a privileged position so also you’re a role model,” she explained.

“So if you’re saying I’m not having the jab, I’m hesitant about the vaccination, what is that saying to other young people?”

The topic also began a debate as to whether footballers were seen as role models by football fans.

John Barnes insisted footballers weren’t ‘special’ and are 'normal human beings' and it's politicians the public should hold to a 'higher standard' but Angela said many in the public ‘look up’ to footballers.

To which he replied: “I’m a role model for my children, well they should look to their parents. It’s maybe a compliment but I don’t like the idea of sporting role models.”

One viewer, Ian, rang into the show to say players should get vaccinated: “I think it’s disgusting and I think that Marcus Rashford should spend more time trying to persuade his colleagues to get vaccinated rather than get involved in government policy about benefits.

“He did a good job with food banks, I agree to that, but it’s about time footballers, the prima donnas… started listening to the public and get themselves vaccinated.”

Many viewers took to Twitter to express their views on the topic being discussed on the Channel 5 show.

One viewer said: “How is this Marcus Rashfords fault Ian, don’t be silly. #JeremyVine”

Another added: “#Jeremyvine shut up Ian, why should Marcus Rashford have to be the spokesperson for football player vaccinations? He took up a cause he is passionate about, doesn't mean he has to do anything else too.”

Talking about the vaccinations for football players, one viewer wrote: “I am double jabbed but if people choose not to, I respect their choice. Nobody should be forced to change careers because they are not vaccinated. #JeremyVine.”

Another said: “#jeremyvine re. footballers isn’t it ironic that the fans who help pay their wages have to be double vaxxed to attend games, without them there the game slowly financially dies as we saw in lockdown. The vax is in the footballers interest in this respect.”

“Let’s stick to the facts. Vaccinated people can still catch and spread covid so regular testing makes more sense whether people are vaccinated or not. #JeremyVine” another added.