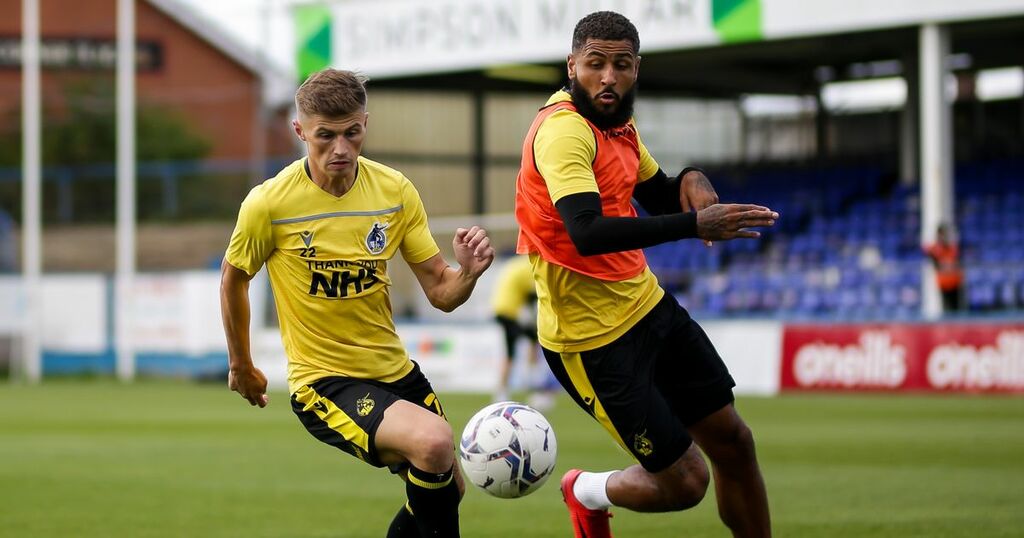 Joey Barton is hoping for good news from his medical staff after Leon Clarke limped off during Bristol Rovers' 1-0 defeat at Hartlepool United on Saturday.

The striker made an instant impact in his first 45 minutes for the Gas a week ago, but Clarke could only manage 41 minutes at Victoria Park after going down with a hamstring complaint shortly before half time.

The veteran goalscorer will undergo assessment and be scanned early in the week to learn the scale of the damage.

"He just felt his hamstring, so we’ll have to scan that and hopefully it’s not too bad, but he’s obviously a big loss for us and he gives us that kind of focal point," Barton said.

"He did that when he came on the other day. He got the goal to win the game and he gave us the platform to attack from, so it’s tough. Hopefully he’s not the serious side of it.

"On the back of losing Alex Rodman to a broken foot yesterday in training, losing Clarkey on 35 minutes is a blow, but we’ve got completion for places in the squad and someone will have to step up and take the opportunity."

Barton fears Rodman, who endured an illness and injury-hit season last year, is facing yet another lengthy period on the sidelines.

"He had the X-ray yesterday," the manager said at full time. "He just kicked the bottom of Nick Anderton’s boot.

"It’s quite nasty, the bone has splashed everywhere over his foot, so not nice at all.

"Probably 10 weeks. I’m not a medical professor, but we’re probably looking at the best part of 10 weeks, so two to three months.

"A real blow for Al, who was just getting himself back into contention to play games, but we’ve got enough competition for places in the squad and it will be an opportunity for somebody else."

Rovers do have a space in their squad should the manager want to make a free agent signing, but Barton does not expect to make any signings until the January transfer window opens.

"Obviously, it’s all ifs, buts and maybes, but we’ll have to have a look at that," he said.

"I don’t envisage it, to be honest with you, because I’m really hoping optimistically that Leon is going to be fine.

"The market was scarce at the back end of it, and as far as I know it won’t have changed that much.

"What you might get is a few of the lads who were maybe wanting to go to the Championship being prepared to play in League Two, but I can’t see it and the market in terms of League One, it wasn’t fantastic in terms of what was coming out of the League One sides.

"It will be an opportunity for somebody else. Maybe we’ll move Harvey back to his more natural position. Aaron Collins has been brought in with an eye on playing off somebody rather than as the main striker, and I thought Antony Evans was decent when he moved up today, and we’ve got Sammy Nicholson to come in."