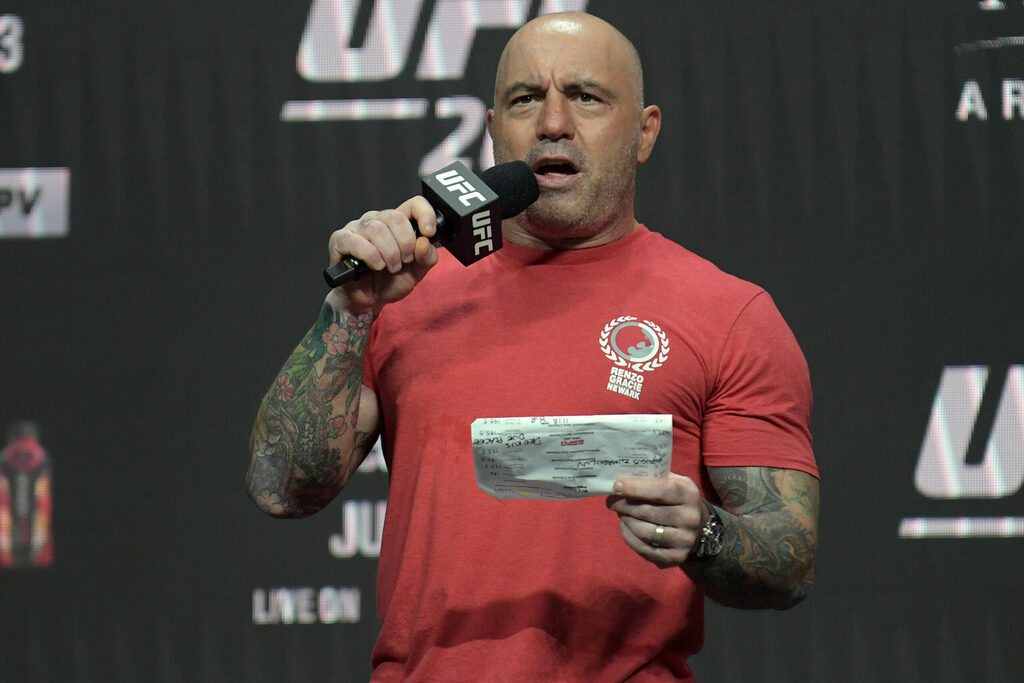 When UFC commentator Joe Rogan announced that he tested positive for COVID-19, he made waves by mentioning he took ivermectin to fight the virus. Now he’s touting the controversial medicine’s efficacy and wonders if he should take legal action against a major news network.

Ivermectin, which has been promoted by people who are against the COVID-19 vaccines, has been approved only as an anti-parasitic treatment for humans and animals such as livestock and horses. It is not an antiviral drug.

As for ivermectin’s efficacy against COVID-19, scientists are still studying whether it could be used as a treatment, but so far there’s little data to suggest it works. Late last month, the Food and Drug Administration warned against humans taking ivermectin.

Rogan, though, stands by ivermectin in the wake of his recovery. It was just one of several unproven treatments used by Rogan, who said he “really only had one bad day” after he “threw the kitchen sink” at the virus. Rogan said he also took monoclonal antibodies, which have been proven to work and were taken by President Donald Trump when he contracted COVID-19 last December.

Speaking of ivermectin, Rogan said “multiple doctors” told him to take it. The criticism he’s received for doing so seems to especially bother him.

“What (critics) didn’t highlight is that I got better,” said Rogan, who’s claimed he’s not “an anti-vax person” while being critical of mass vaccines for events, including his comedy shows. “They’re trying to make it seem as if I’m doing some whacky sh*t that’s completely ineffective, and CNN was saying that I’m a distributor of misinformation.”

He continued, “There’s a lot of speculation. One of the speculations involves the emergency use authorization for the vaccines, that in order for there to be an emergency use authorization there has to be no treatment for a disease. So because there is this treatment in ivermectin – and there’s other treatments, too – because of this, there’s a lot of pushback against potential treatments and pretending that they don’t really work or that they’re conspiracy theories.

“This is the grand conspiracy, right? The grand conspiracy is that the pharmaceutical companies are all in cahoots to try and make anybody who takes this stuff look crazy. But what’s crazy is, look how better I got. I got better pretty quick, b*tch.”