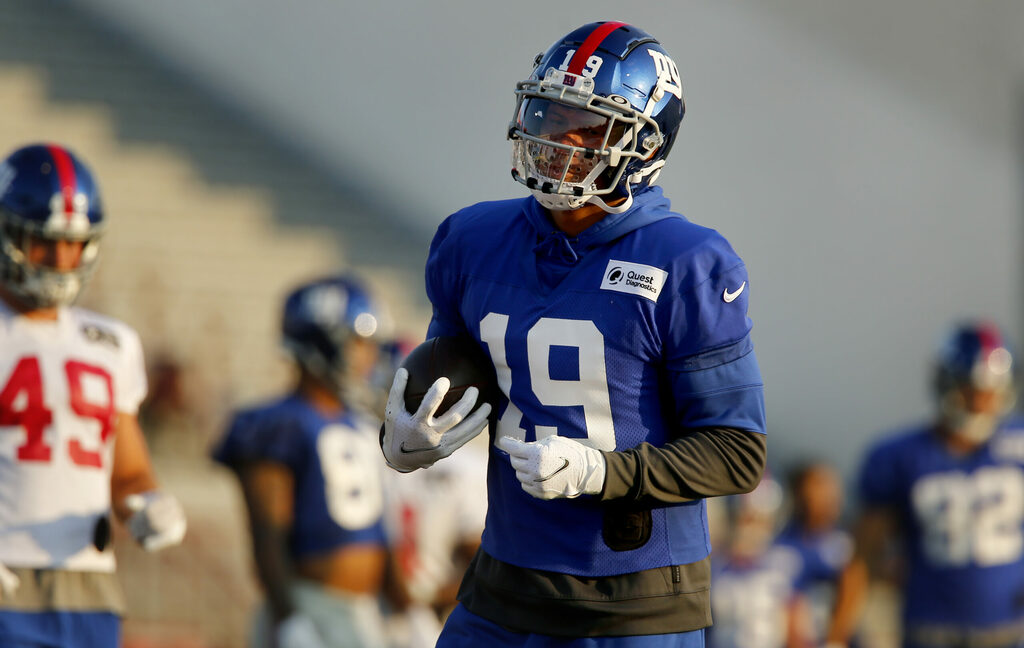 The New York Giants are just a few days away from opening the 2021 regular-season against the Denver Broncos and questions remain about several injured players.

Early reports suggest running back Saquon Barkley (knee) is likely to play, but what about the rest? What about wide receivers Kenny Golladay (hamstring) and Kadarius Toney (situations)? What about tight ends Evan Engram (calf) and Kyle Rudolph (foot)? And what about guard Shane Lemieux (leg)?

Asked about each of those players on Monday, Giants head coach Joe Judge said he felt optimistic about their potential availability.

“I’d say a number of these guys coming back right now, we’re optimistic about all of them, to be honest with you. We’ll see how they do throughout this week in practice,” Judge told reporters. “Saw a lot of guys make a lot of gains last week. There are a lot of guys that are getting reintroduced to the team that missed some time in training camp.

“I’d say it was a productive week in terms of them making progress with the team on the field. Obviously, this week will be a big thing for them. Having today is a big part of that, kind of a bonus day, [Tuesday] being a little bit of a rest day. Gives us a little bit more of a window going into the tail end of the week.”

Despite that optimism, Judge acknowledged that Engram might not be ready for a full practice load just yet. That would also indicate he’s unlikely to play in Week 1.

“We’re going to check with the trainers. He did some stuff this weekend. Sounds like he’s progressing in the right direction,” Judge said. “We’ll see in terms of what his load this week is going to be, we’ll see where he’s going to be as far as practice today. That could be anything from nothing to individuals to see if we can progress past that.”

The added good news for the Giants is that after a weekend away, all players returned to East Rutherford and initially tested negative for COVID-19.

“Yeah, from everything we’ve been told at this point right now, they were [all negative],” Judge said. “We just talked to our team and hit them again in a squad meeting about being safe, just making sure that we take the measures we have to. It’s the same conversation that we started camp with, the same thing. There are protocols in place whether you’re vaccinated or unvaccinated and whatever the protocols are to you, you have to follow them. We’ll support everybody as long as you follow the protocols.

“I would say that our team has done a tremendous job. We haven’t had to have one meeting or anything this training camp in terms of telling guys to space out or put on masks. They’ve all been very in tune, very respectful of each other and each other’s status, so we have to stay on them and remind those guys just to make sure that we make all the right decisions, we don’t put ourselves in a position that could cost somebody some time on the field unnecessarily.”