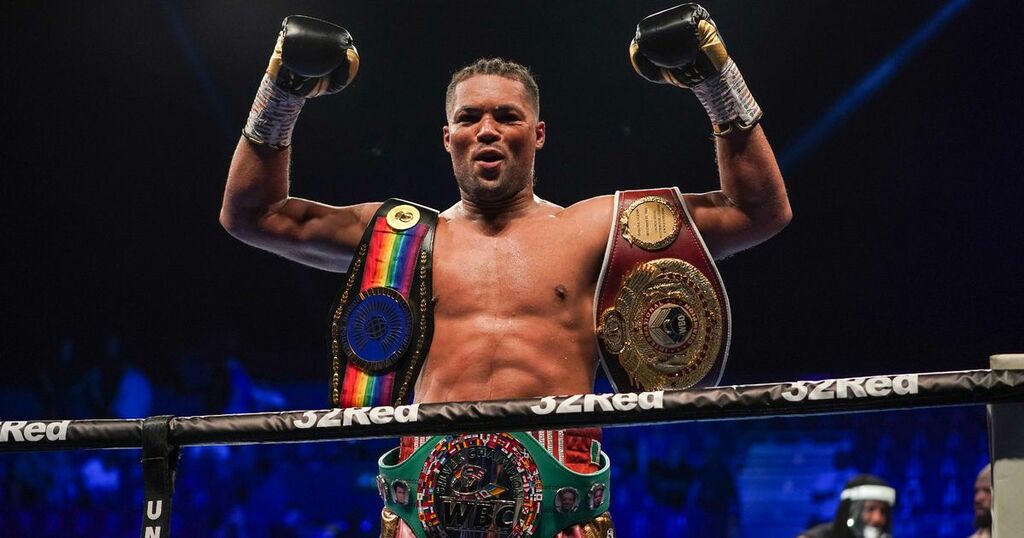 Joe Joyce is now plotting an April return to the heavyweight division after struggling with a wrist injury in recent weeks.

'The Juggernaut' has not fought since his statement stoppage victory over Carlos Takam at Wembley Arena in July.

Joyce was set to return to the ring in the early stages of this year but has been unable to fight after struggles with a wrist injury.

The British star will be back training again within six weeks and has reflected positively on his last heavyweight encounter with Takam.

“I am looking to fight some time in April and there are some great potential fights for me for this one, which is something to look forward to," Joyce told Queensberry Promotions.

"I will be back punching soon in about six weeks and this will still be a huge year for me. I feel it was a good performance against Takam, although he landed some good shots that didn’t seem to faze me.

"I was kind of working out his timing and stuff and landing when I could, while trying to avoid or block most of his looping shots that were coming over the top.

“I found the timing with my jab then landed a good left hook in the sixth. After that I was like ‘okay, I am not going to stop throwing punches until this is stopped’."

Joyce is eyeing a world title shot soon after asserting his status as the WBO's leading contender which is currently held by Ukrainian Oleksandr Usyk.

However, he faces a long delay from being able to cash in on his shot, with Usyk set to face Anthony Joshua in a rematch early this year.

He is also unlikely to face WBC champion Tyson Fury as he remains focused on an ordered defence against Dillian Whyte with purse bids currently delayed.

Who would you like to see Joe Joyce face on his April return? Let us know in the comments section below

Joyce was left without cornerman Ismael Salas for his last contest after his coach was unable to fly out from America to the UK for the clash.

The 36-year-old believes that any next bout will be made a lot easier if Salas is able to man his corner once again.

"It is just the way it turned out really, but I think it was a case of not having worked with Salas," Joyce continued. "This is why I had to reconnect with him and go back to Vegas to start learning some more stuff from him.

“For the Dubois fight he came over for two weeks to set the game plan and polish up my technique, which resulted in me going in and doing the job.

“I am in a better place after doing a training camp with him, for sure. He brings me on a lot and from the start of my professional career he installed in me the fundamentals and biomechanics of boxing.”