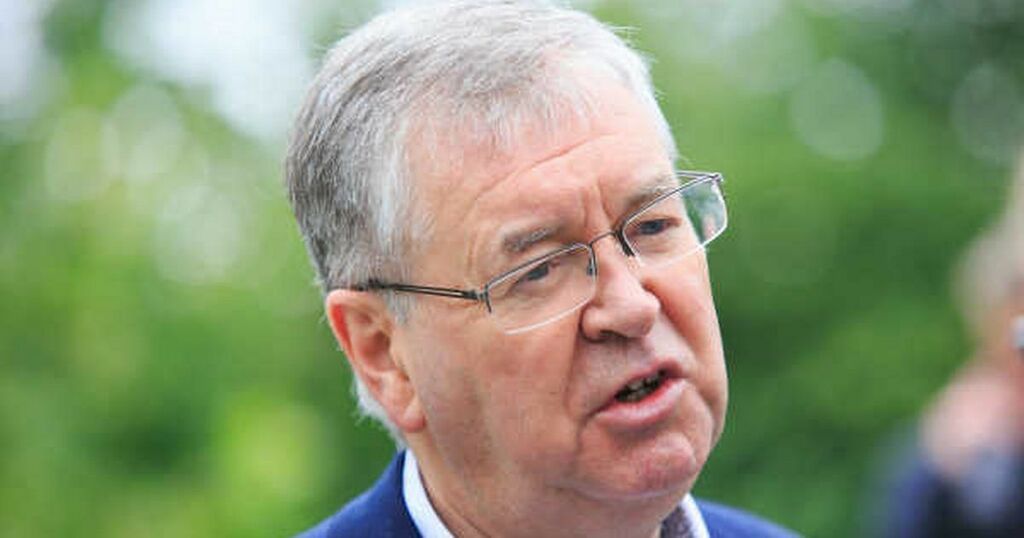 Joe Duffy said he takes offence to crime dramas like Love/Hate and Kin for “exploiting” the travails of real people’s lives – like his own growing up in Ballyfermot.

The RTE presenter openly declared his distaste for violent shows in the past and said he won’t be rushing to his sofa to catch the network’s newest crime series at the weekend.

“I hate their travails being exploited by middle-class actors who are putting on their thick working-class Dublin accents and then go back to eating foie gras during their lunch break.”

The highly-anticipated Irish crime drama will premiere on Sunday on RTE One.

Yet, despite tipping away at his own crime novel in his spare time, Duffy admitted he tends to opt for comedy when it comes to relaxing in front of the TV after work.

The 65-year-old said: “The thing that kept me going during the lockdown was Paths To Freedom, the RTE show that’s on the Player now. I must have watched every episode about six times.

“It’s easily the funniest thing RTE has ever broadcast.”

In fact, the Liveline host was such a big fan, he even contacted one of the stars of the show, Irish actor and comedian Deirdre O’Kane.

Duffy told the RTE Guide: “I wrote to her while I was watching it because I was so conscious of actors who have lost all of their work during the lockdown, it must have been very tough on them.”

In the meantime, the radio presenter has been preparing for his own return to the screen in his second season of The Meaning Of Life.

Taking over the spiritually-based show from his late colleague and friend Gay Byrne, Duffy admitted he still keeps his words of advice to mind at all times.

He said: “Gay Byrne once said to me ‘never mock anyone’s religions or beliefs’.

“I take that very seriously and I don’t mind if people check me if I say something that is insulting to their religion.”

However, when asked if he ever sets out to make people cry in the deeply personal interviews, like Piers Morgan has been accused of in his own in-depth interview show Life Stories – Duffy replied: “That’s an insult.

"No, you’re not trying to get someone to cry, you want people to be honest with you and tell you what they feel comfortable telling you.

“If that was your attitude in life, you’d be a deeply cynical person and shouldn’t be anywhere near broadcasting.

“You have to care about people and like them, you’re not trying to use them for a reaction.”

The Meaning Of Life returns to RTE One this Sunday at 10.30pm.