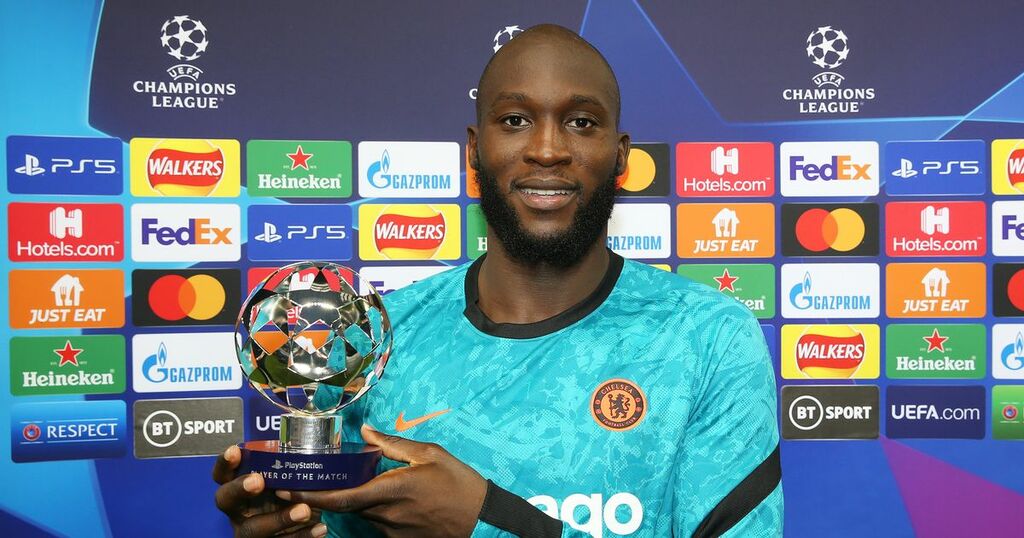 Romelu Lukaku has got four goals in his last four appearances, the most recent coming in last night's Champions League fixture against Zenit. After the match on BT Sport, pundits Rio Ferdinand, Joe Cole and Eniola Aluko gave their thoughts on Lukaku and his ability.

The match looked as if it would turn out to be a frustrating one for the Blues, but when Cesar Azpilicueta whipped in a cross for Lukaku, the Belgian rose highest to head home in the 69th minute. Creating chances proved to be a struggle but when we finally got one, the striker put it away smartly.

Lukaku has now scored four goals from six attempts at Chelsea so far this season. All four goals have helped Chelsea get three wins.

Joe Cole believes the presence of the new No.9 will move them up a level, and allow others to benefit too.

"What's interesting with Lukaku is the comparisons with Didier Drogba are inevitable because of the positions they play but what I'm seeing from him now on the second time around is he's taken a leadership role," said Cole.

He added: "You can see that how the players respond to him. His movement is good. He’s come back as the complete package. I’d love to have played with him, I can tell you!”

Before the show finished, Cole said: "I think he will be the top scorer in the Champions League this season."

I know this is a massive shout on the opening game week of the tournament which also saw Lewandowski bag a brace and Ronaldo got a goal one too, but if Chelsea are to progress far in this tournament then Lukaku is likely to be around the top.

I wouldn't personally go that far as it's too early to predict something like that but I'm delighted to see Cole's faith in him.

Eni Aluko, former Chelsea and Juventus women footballer, spoke about the difference between England and Italy.

She said: "I can relate to his transformation playing in Italy. He looks like an athlete as well. In Italy, they are the top in terms of sports science, in terms of nutrition and came back a top, top athlete and a deadly finisher as well.

"He was happy at Inter Milan, he didn't actually want to leave. There was a mission coming back home to Chelsea, He's got a lot to prove and you are seeing it."

Aluko finished off by saying: "As Rio has said he's got that tunnel vision, game by game and you know he's probably already set his targets, right I'm going to get 30 goals a season and you need that from your striker. He just needs an inch."

If Lukaku can get 30 goals this season, I know I won't be the only one that will be so delighted to see it. I don't think that's a target too far out of his reach with four goals already and with potentially around sixty games this season to play, I don't see why he can't reach that number if he stays fit.

Rio Ferdinand also had his say on the 28-year-old: "He's matured a lot from his Man United days. It was difficult, he left under a bit of a cloud, he's gone there and shown that mental strength.

"The capacity to dust himself down and say, you know what I'm going to show everybody. He's got that mental toughness, you can see it. Ice in his veins."

That's been so good to see. Last season I got sick of all the missed chances when we should have scored. Lukaku isn't even scoring from easy chances, he has had to do quite well for a few of his goals so far.

It's hard to disagree with anything the pundits had to say as Lukaku has come back to England and continued his fine form from his time with club and country.

Lukaku’s signing is seen as the final piece of the jigsaw, as far as Thomas Tuchel is concerned, and it's very hard to argue he's not added exactly what Chelsea were missing last season.

Lukaku has now got the same amount of goals for Chelsea in four appearances as Timo Werner has in 2021. I'm not saying Timo Werner hasn't done good things for the side since Tuchels arrival but we have been lacking a finisher as the figures show. Timo will now have a bit of weight lifted off his shoulders as Lukaku loves the pressure of it.

Lukaku has returned to England more clinical than ever before and with way more confidence to say he's the main man.

Do you agree with Joe Cole and think Lukaku will be the top goalscorer in the Champions League this season? Follow our CareFreeChelsea Editor Scott (CarefreeYouth) on Twitter to get involved in the discussion and give us your thoughts in the comments section below.