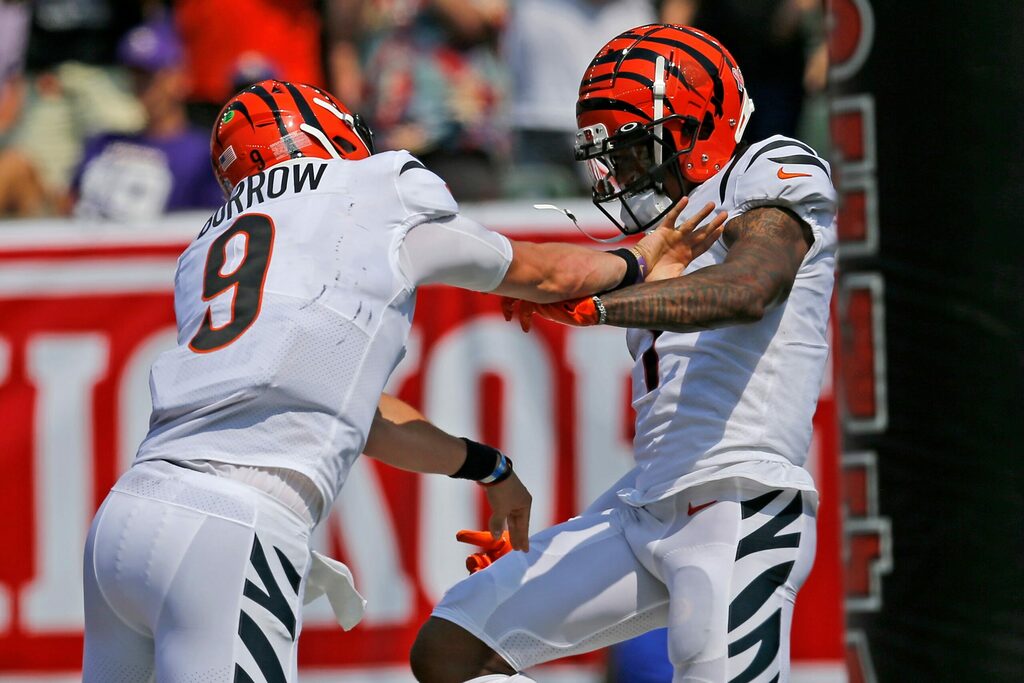 The Cincinnati Bengals outlasted the Minnesota Vikings, 27-24, in overtime as Evan McPherson kicked a 38-yard field goal on Sunday.

While the kicker will get all the glory, major kudos to Zac Taylor for having the guts to go for it on fourth-and-inches with 39 seconds left in the extra session.

Taylor showed incredible confidence in quarterback Joe Burrow and his offense by calling a passing play rather than attempting a run, which would have drained the clock.

Burrow connected with C.J. Uzomah for 32 yards to put Cincinnati in position to attempt a game-winning field goal.

Burrow was 20-of-27 for 261 and a pair of touchdowns as he returned from a knee injury that cost him a large portion of his rookie season.

Pure onions on 4th down in overtime. #RuleTheJungle | @Bengals

As for the Vikings, more of the same. Great expectations and precious little delivered.