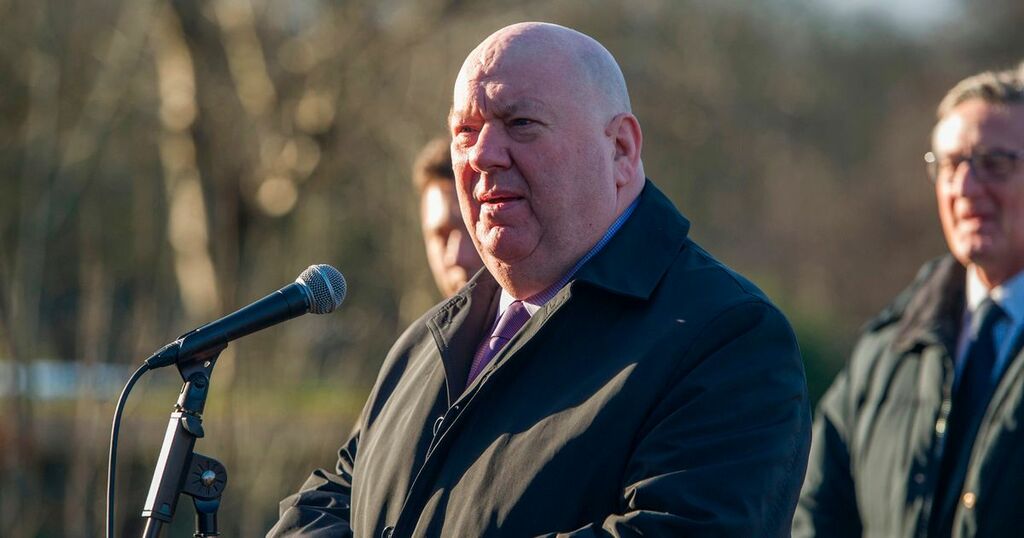 Joe Anderson has said the S*n sought to offer a "financial package" to repair relations with Merseyside following the paper's disgraceful coverage of the Hillsborough tragedy.

The former mayor made the claim as he revealed details of a 2017 meeting with Rebekah Brooks, CEO of the S*n's parent company, News UK.

He did this in a statement centred on Labour leader Keir Starmer's decision to write for the organisation, arguing the party should not "sacrifice our values, principles and beliefs or let down the 97 and their families to get votes".

Read More: Owner of some of Liverpool's biggest bars text wife as he 'knew he was going to die'

Mr Anderson was the latest political figure on Merseyside to comment on an editorial that appeared in the S*n at the beginning of the month.

It followed a vow by Mr Starmer, made in Liverpool last year, that he would not work with the newspaper during his bid to become leader of the Labour Party.

He said he would consider that position if he was successful, but a number of Merseyside MPs, regional mayors and councillors have been among those to slam the move, labelled by some as a "betrayal".

Mr Anderson, who stood down as the mayor of Liverpool following his arrest last year, released a statement on Twitter on Monday in which he said Mr Starmer's decision suggested he did not "fully understand the pain and hurt that this miscarriage of justice caused to the families and to the great city of Liverpool".

He used a 760-word statement to argue the S*n's reporting of the 1989 disaster "showed a contempt for innocent people and the real truth" and added: "For a Labour leader and human rights lawyer to overlook this seeking votes is totally immoral."

Mr Anderson then revealed details of his meeting with Mrs Brooks.

He wrote: "In 2017 I met Rebekah Brooks, the CEO of News UK at her request in her office, she wanted to discuss the issue of how the S*n could repair the damage caused.

"I was very uneasy about having a meeting but wanted to at least make her and others understand why this paper was hated by our city and beyond.

"I was accompanied by an officer of the council.

"It was clear that she believed the paper was wrong and Kelvin McKenzie was at fault - that was her view not mine. She claimed that she wanted to make things right and wanted to look at a financial package amongst other things, in her words to 'show support' to the families."

He explained his response to that suggestion, and his message for Mr Starmer, was that: "The 97 victims and countless others who were physically and mentally scarred, were killed by the deeds of others, these individuals and organisations who have not faced justice.

"The bereaved families of the 97 have suffered unimaginable pain and sorrow not just losing their loved ones, but having to live with the stigma of them being blamed for their own deaths.

"No financial offer is going to ease that pain and suffering and I told her that loud and clear.

"I told her the fact that the S*n headlines set off a train of false accusations that shaped people's views for decades, denying and delaying any talk of justice because people believed them.

"I repeated to her time after time that only if she and others understood how the power of those headlines and their lies had caused the pain and anguish and suffering and more important denied justice, would she [understand] why an offer of financial help was an insult.

"I told her that in my view and this was not exhaustive or on behalf of the families, that the newspaper would need to offer at least a full front page headline stating the paper lied, it should also be packed with information about the victims and their families and how the lies had denied the victims getting justice.

"It would need also to share where and how it got false accusations and reveal who gave it to them and who was involved. I was told they would look at what I had said and come back to me. They never did."

Mr Anderson concluded: "I want a Labour government and we desperately need one, but we should not allow anyone to sacrifice our values, principles and beliefs or let down the 97 and their families to get votes.

"When we say 'you'll never walk alone' we mean it - we will always fight for justice for the 97."

Mr Anderson was arrested on suspicion of bribery and witness intimidation in December 2020 in relation to Operation Aloft, an ongoing investigation into building and development contracts in Liverpool.