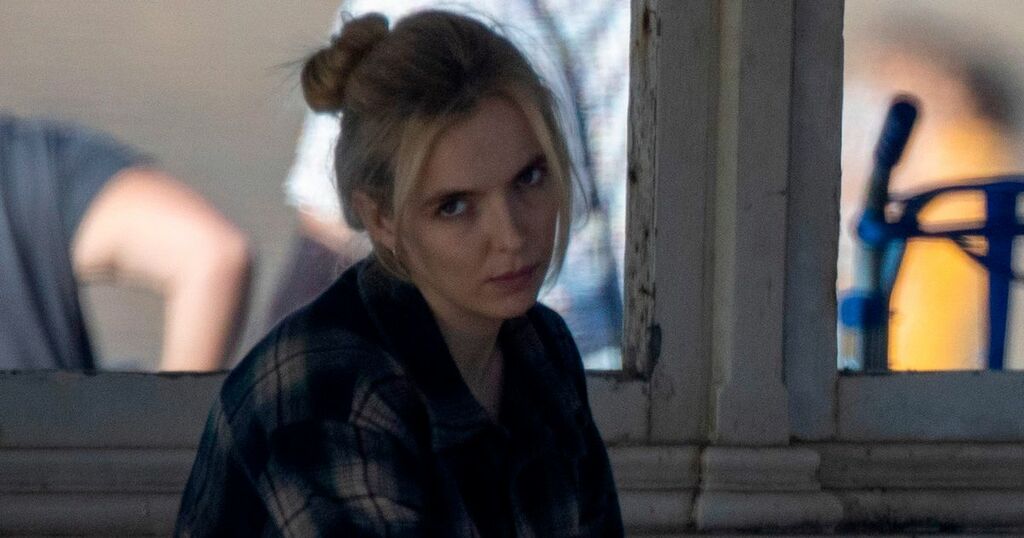 This could be the beginning of the end for telly assassin Villanelle as actress Jodie Comer takes a pack of pills while filming the final scenes for the last series of hit BBC drama Killing Eve.

Jodie, 28, in baggy shirt and pyjama-style trousers, was filming with Sandra Oh, 50, who plays Eve, on the beachfront in Margate, Kent.

Jodie, who plays the callous killer in the BBC drama, looked downbeat as her character was passed the pills in a scene.

The Emmy Award winner was dressed down in a baggy shirt and pyjama-style trousers for the final season of the show.

She was joined by her co-star as they recorded scenes near the Nayland Rock Hotel.

Are you looking forward to the new series? Have your say in the comment section

Jodie has previously spoken about her struggle to come to terms with the programme ending.

Speaking to NBC, she admitted she has been feeling emotional about the show coming to an end saying: ‘I had a little moment where I saw the clapperboard and I had a kind of lump in my throat.’

When asked if she’s already mourning the loss of her iconic character, Jodie answered: ‘Not yet, because I cannot let myself. I have two months left [of filming].

‘It is like a marathon,’ she explained. ‘If you are at the start you cannot think of the finish.’

While the end of the hit series might upset devout fans, there is some good news amid the gloom.

Jodie told Variety back in March: “Killing Eve has been the most extraordinary journey and one that I will be forever grateful for.

“Thank you to all the fans who’ve supported us throughout and come along for the ride. Although all good things come to an end, it’s not over yet. We aim to make this one to remember!”

While lead star Sandra, 50, said: “Killing Eve has been one of my greatest experiences and I look forward to diving back into Eve’s remarkable mind soon.

“I’m so grateful for all cast and crew who have brought our story to life and to the fans who have joined us and will be back for our exciting and unpredictable fourth and final season.”

Jodie has teamed up with Stephen Graham for an all-new Channel 4 drama ’Help’.

Get all the latest TV news sent to your inbox. Sign up for the free Mirror newsletter

The Channel 4 drama is based in their hometown of Liverpool and is one of the first dramas to be based on the Covid-19 pandemic.

Written and directed by Jack Thorne and Marc Munden, the drama takes place in a care home.

It aims to depict how lives changed during the pandemic in spring 2020.

Help will air on Channel 4 on Thursday, September 16, at 9pm.