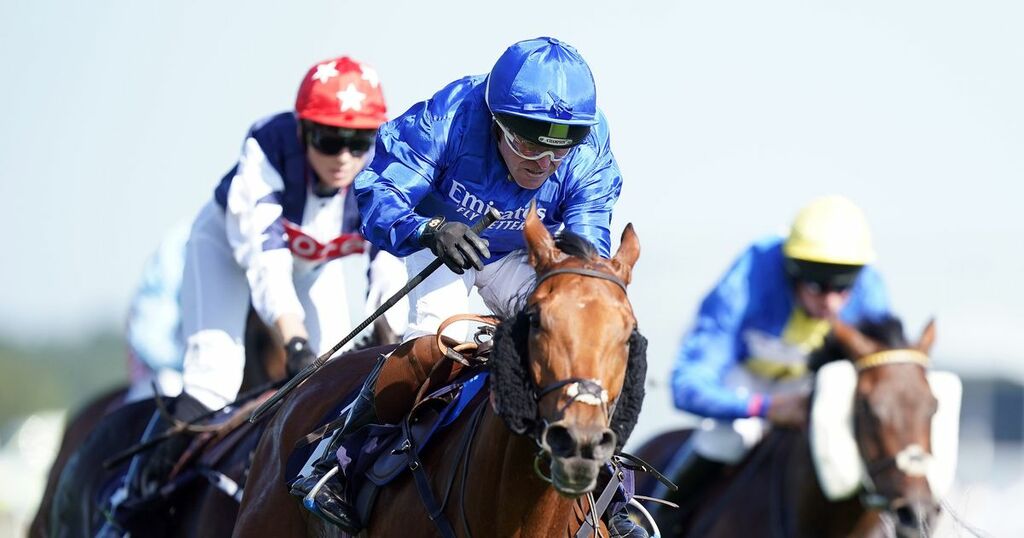 Jockey Gary Bardwell was in a jubilant mood as he revealed his secret to finally winning the Mondialiste Leger Legends race.

After nine unsuccessful attempts in the unique Doncaster contest, the 53-year-old kept Natural Colour (11-1) just in front to gain a narrow victory.

Robert Winston forced a photo aboard 3-1 joint favourite Shining Aitch – and Bardwell feared his rival had pipped him to the post.

But the judge called the Saeed bin Suroor-trained Natural Colour the short-head winner of the mile contest. Charlie Poste's mount Coverham finished a length back in third.

Bardwell, who had previously finished no better than sixth in the race, told Sky Sports Racing he was at the top of his game for this year's renewal, as he knew Natural Colour had a great chance.

A former dual champion apprentice, he competed in the first ever Leger Legends race 11 years ago.

"This is probably the first year I've really got fit for it," he said.

"I've been training hard for six weeks in the gym, running every night, no drink and no sex.

"Today I didn't have one drink at lunch and nothing to eat, just a bit of toast this morning, because I knew she would give me everything and I had to be ready for her."

Still a little out of breath, Bardwell, known as the 'Angry Ant' throughout his race-riding career, said the drop back in trip favoured the Godolphin-owned three-year-old.

"I've got all my family here today - my wife, my brothers, my kids and my grandkids - so it's a special day," he added.

"When I got to the half-furlong to go I was out on my legs and I thought I was beat, but she's a brave horse, she stuck her head out all the way to the line."

His former weighing room colleague, four-time champion Richard Johnson, was a place behind him in seventh, having led for much of the way on Greek Kodiac.