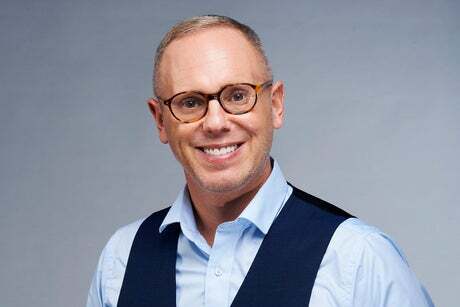 Rob Rinder: Dear GCS-Me, don’t worry about results, but lose the centre parting
It’s GCSE season again and faster than you can pop the lid off a highlighter, I feel like I should…

Evening Standard
Read news from The Economist, FT, Bloomberg and more, with one subscription
Learn More
Where the West and China Find Common Ground

Ending section 21 is a welcome step. But with the cost of living crisis, renting needs further reform, says writer…

The Guardian - UK
From analysis to good news, read the world’s best news in one place
‘What chance is there of a fair election in Queensland against the combined influence of Murdoch and Palmer?’

Crikey
Trapped: Australia’s economy is hostage to the housing market, and neither party is willing to save us

The politics of Morrison’s super-for-homes announcement is obvious and desperate. But what of the economics of this ongoing obsession with…

Job vacancy: Must be good at promises

This time next week the good citizens of Bangkok will be choosing the person daft enough to want to be the next governor of the angelic metropolis known as Krungthep. Amazingly there are 31 otherwise perfectly sensible, intelligent people prepared to take on this thankless task.

You can't help wondering why anyone would wish to be governor of Bangkok. Just imagine waking up every morning knowing you are responsible for about 10 million citizens who have all got something to complain about. Most of us have enough problems looking after ourselves, let alone everyone else. Whatever goes wrong in the City of Angels is perceived as the governor's fault. Even if you trip over the dog the governor may well get the blame.

In the coming seven days we will hear all sorts of promises, some reasonable, some fanciful and some utterly absurd. However, the candidates have to be careful about what they say. A few years ago, one contender vowed to return Bangkok to being the "Venice of the East". It almost came true. Shortly after his statement the whole city was submerged by floods and the electorate told him in no uncertain terms what he could do with his "Venice" policy. In reality it had become the "City of Soggy Socks", which is not exactly a vote catcher.

At one election a candidate simply announced with a straight face, "I can solve all of Bangkok's problems". He sounded like just the man for the job and it was tempting to appoint this genius on the spot -- either that or send for the people in white coats to take him away.

The Bangkok electorate might be advised to heed the words of the late American financier Bernard Baruch who observed, "Vote for the person who promises least -- they will be the least disappointing".

Citizens are familiar with the posters that in recent months have been staring down at us from lamp-posts and a few sad-looking trees. The candidates adopt a variety of expressions to win over the hearts and minds, usually attempting an earnest look to convey an image of integrity, diligence, dependability and sincerity. Well, there is nothing wrong in dreaming.

A few look like they've just experienced some kind of personal enlightenment which they will pass on to the lucky public … if you vote for them. Some posters just settle for traditional cheesy Thai grins, which perhaps might be the most honest portraits. Others look a little weary with the whole process.

One worry is that the posters have been getting a trifle soggy lately as a result of recent thunderstorms and some are looking decidedly the worse for wear. It is hard to think of anything less appealing than a soggy politician.

Perhaps in this final week candidates should stick to issues that really concern citizens, such as preventing tuk-tuks from stalling at traffic lights. In fact, any proposals to put an end to traffic gridlock will be welcome. The present policy feels uncomfortably like it is based on chaos theory.

To be fair it is not easy for city governors to get anything done. They may have great ideas but implementing them is another thing all together. There's a minor matter of red tape to negotiate featuring assorted committees and sub-committees, not to mention feasibility studies, five-point plans, final decisions, reappraisals, probing, study groups, protest groups, maybe even the odd mob or two, and of course plenty of mulling.

There is always an element of superstition concerning the number each candidate is allocated, with the numbers one and nine usually being the most favoured.

In the 2004 gubernatorial election one candidate was fixated on getting the number five. On registration day he even left home at 5.55am and arrived in a car with the number 55 registration plates, and exchanged high-fives with his supporters. Alas he was assigned No 15.

He was naturally a little disappointed until it was pointed out it was a good omen -- after all, 15 is three fives.

It would be remiss not to mention a former candidate popularly known as Mr Smith (Samith) for his wonderful contributions over the years. Mr Smith earned considerable fame for being the first candidate to propose that Bangkok's traffic problems would be solved if all traffic lights were permanently green.

He was a real character and once showed up on registration day with a paper bag over his head. Nobody blinked an eyelid at his choice of headgear. It felt almost like a Monty Python sketch.

One of the most endearing things about Mr Smith was that he was a very honest person and a true gentleman. During an election debate he admitted that the only way he could win was if all the other candidates withdrew. Nobody argued with him about that.

Once upon a time

At least the governor is elected these days. When I was first here the boss of Bangkok, who was then called the mayor, was appointed. No debates about policies or anything as there was no one to debate them with. You just opened the Bangkok Post one morning to discover there was a new governor. It was not very democratic, but a lot simpler.