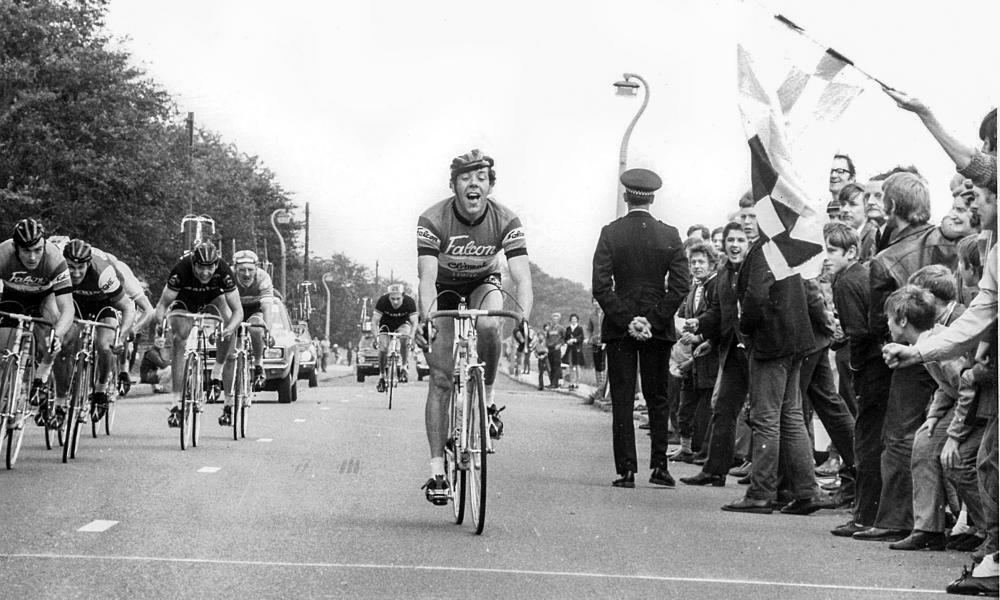 My father, Jim Moore, who has died aged 81, was an engineer, ski instructor and cyclist who rode professionally on road and track in the 1960s and 70s, and as an amateur for Great Britain in the 1964 Tour de l’Avenir. He was proud to ride the famous 1968 Skol 6-Day at Wembley, and in 1972 he won the Tom Simpson Memorial road race in Harworth, Nottinghamshire.

Born in Lower Broughton, Salford, to Eva (nee Connolly), a domestic worker, and James Moore, a docker, Jim went to St Boniface’s school. Aged 15, he joined the Cycling Touring Club (CTC) as a junior to escape to the cleaner air of the local countryside.

After leaving school aged 15, he became an engineering apprentice at Metropolitan-Vickers, Manchester, where he met fellow cyclists and started to compete in the Tuesday Night Track league; he excelled as a pursuit and points race rider at the now defunct outdoor track in Fallowfield, Manchester, before graduating to road racing.

Having completed his apprenticeship in 1961, Jim resigned in order to pursue his passion. His employers laughed at his decision but, undaunted, Jim moved to Brittany for the summer cycling season, eking out a living from the prize money he won while developing his racing skills.

After several seasons cycling in France and in Ghent, Belgium, Jim returned full-time to the UK in 1964, and raced professionally for teams including Bantel, Croad and Falcon over the next decade. He had met Joan Coop, an office worker at De Havilland aeroplane manufacturer in Walkden, while working there as an engineer between seasons, and they married in 1967.

In 1974 Jim and his young family moved to Montreal, where he earned a living as an engineer and draughtsman and continued to race as an amateur. He worked for the 1976 Montreal Olympic organising committee – hosting the Trinidad & Tobago cycling team, who arrived without any equipment, and also driving the commissaries’ car for the men’s road race.

That year, the family moved to Vancouver, British Columbia. In the early 80s Jim was a coach with Cycling Canada, and continued to participate in amateur racing. In 1998 he competed at the Nike World Master Games in Portland, Oregon, winning several medals, including gold in the men’s road race and silver in the cross country mountain bike race.

He was equally passionate about skiing, working as a ski instructor on the North Shore mountains and at Whistler Blackcomb for more than 20 years until beyond his 80th year, part-time during his working years, and full-time after he retired from his regular profession aged 65.

Jim had a genuine love of people and a warm smile; he was a fierce competitor, but did not get down if he did not win. He continued to ride his bike until his illness due to cancer prevented him from doing so.

Jim is survived by Joan, their children, Daryl and me, and three grandchildren, Peter, Leo and Teddy.