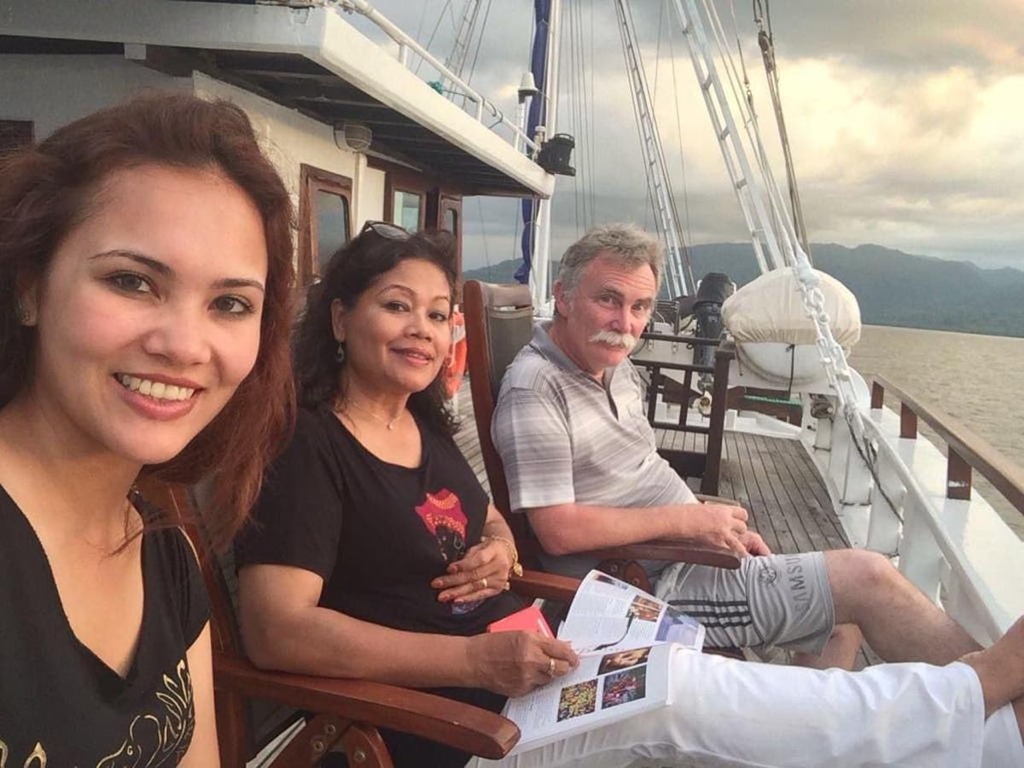 UK ministers have faced fresh pleas to personally raise the case of Jim Fitton with their Iraqi counterparts.

Father-of-two Jim Fitton, 66, was arrested and slung in an Iraqi jail after trying to take home 12 stones and…

‘The horrible, but very real, possibility of the death penalty is hanging over us,’ Leila Fitton says

The Independent UK
Jim Fitton: Briton facing death penalty in Iraq ‘did not know he had broken law’

The government has been urged to stop the “nightmare” of a British man facing the death penalty in Iraq “before it turns into a tragedy” by his daughter’s MP.

Wera Hobhouse told parliament she was “deeply concerned” with how the Foreign Office had handled the case of Jim Fitton, whose trial was “fast approaching”.

The 66-year-old retired geologist has been detained for weeks in Iraq, where he stands accused of attempting to smuggle historical artifacts out of the country.

He was arrested at an airport earlier this year over stones and shards of broken pottery in his luggage. His family say he picked these unguarded items up on a historical site visit after being assured they had no monetary nor historical value.

The statutory punishment for the alleged crime is execution, according to a petition calling on the UK government to help facilitate his release.

Ms Hobhouse raised an urgent question on Mr Fitton - who now lives in Malaysia with his wife - in parliament on Wednesday.

“I am deeply concerned by the nature of the Foreign Office’s engagement with my constituent’s case,” she said.

The Liberal Democrat MP said Mr Fitton’s lawyer believes representations from the UK government “could make a huge difference” but she feels it is giving the impression it is “not particularly interested or worried” instead.

”Jim is days now away from a trial. We are told that the government will not be making crucial representations to the Iraqi government,” she said.

“I understand that the German government is making representations on behalf of one of their nationals who has been detained with Jim; why will the Foreign Office not do the same?”

She added: “British citizens deserve the help of the British government. Jim Fitton is potentially facing the death penalty.

“I urge ministers to do everything they can to stop this nightmare before it turns into a tragedy.”

James Cleverly, a Foreign Office minister, said he “completely” rejected this description of the government’s role in the case, saying consular officials had met with Mr Fitton and the UK ambassador to Iraq had raised the issue with the Iraqi authorities a number of times.

The minister for Europe and North America earlier told parliament: “We understand the urgency and the concerns that Mr Fitton and his family have. We cannot, of course, interfere or seek to interfere with the judicial process of another country, just as we would not expect interference in our own judicial process.”

“That said, the British ambassador in Baghdad has raised and will continue to raise Mr Fitton’s case with the Iraqi hovernment. That includes raising with the authorities the UK’s strong opposition to the death penalty, in the context of both its potential application to Mr Fitton and our in-principle opposition to it in all instances.”

The detained Briton’s son-in-law previously told The Independent the family felt “completely abandoned” by the Foreign Office since Mr Fitton was detained earlier this year.

His daughter said at the weekend she was “heartbroken and afraid” as her father missed her wedding day in Malaysia.

UK ministers have faced fresh pleas to personally raise the case of Jim Fitton with their Iraqi counterparts.

Father-of-two Jim Fitton, 66, was arrested and slung in an Iraqi jail after trying to take home 12 stones and…

‘The horrible, but very real, possibility of the death penalty is hanging over us,’ Leila Fitton says

The Independent UK
Jim Fitton: Briton facing death penalty in Iraq ‘did not know he had broken law’