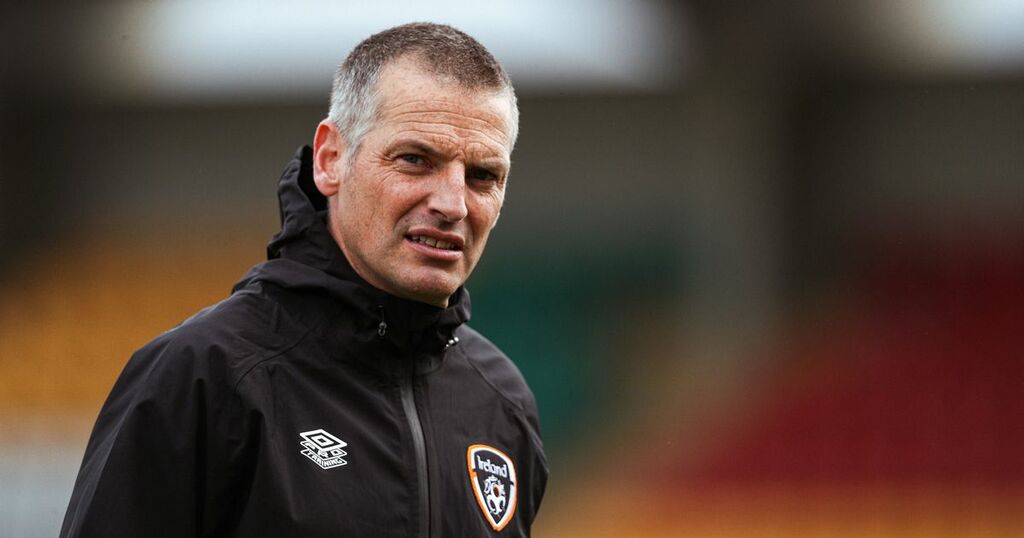 Jim Crawford has challenged his Republic of Ireland Under-21s to set up their November double-header against Italy and Sweden by completing a perfect October in Montenegro.

Unbeaten Ireland sit third in European Championship qualifier Group F Behind the Swedes, who have played one game more, and the Italians after Friday’s 2-0 home win over Luxembourg.

However, as they prepare for Tuesday’s clash in Podgorica, Crawford knows victory is imperative if they are to remain firmly in the hunt when the group’s big boys head for Dublin next month.

He said: “The target in every game is to win and this window the target was six points. There’s no doubt about it, if we can get six points here then it makes it interesting, the next window, because we’re against two of the higher-rated teams in the group.

“Italy play Sweden tomorrow as well, so that’s going to be an interesting game and we’ll get a lot from that.

“But certainly, with regards us getting six points, then it would set up the next window nicely and with the two games in the next window in Tallaght Stadium, we’d like to think that we can get a decent crowd there and get behind the players because they’ll be two fantastic games, there’s no doubt about it.”

Cardiff defender Mark McGuinness too is aware of how significant victory could be for what lies ahead.

McGuinness said: “Winning games is important in itself. Whether it’s Montenegro or Italy or Sweden, it’s always important. But to have that base going in just gives us extra confidence.”

The Republic head into the Montenegro qualifier without Salford’s injured on-loan Aston Villa frontman Tyreik Wright but with the remainder of the squad intact after a relaxation of coronavirus travel restrictions allowed the head coach to pick his UK and Germany-based players.

That decision only arrived after the Luxembourg game, and it came as a relief with the Ireland boss having had to draft alternative squads with one comprising purely home-based players.

Crawford said: “It was a challenge, it was something new, that’s for sure, but I think you have to have that narrow focus on what’s important now, and that was the game against Luxembourg.”