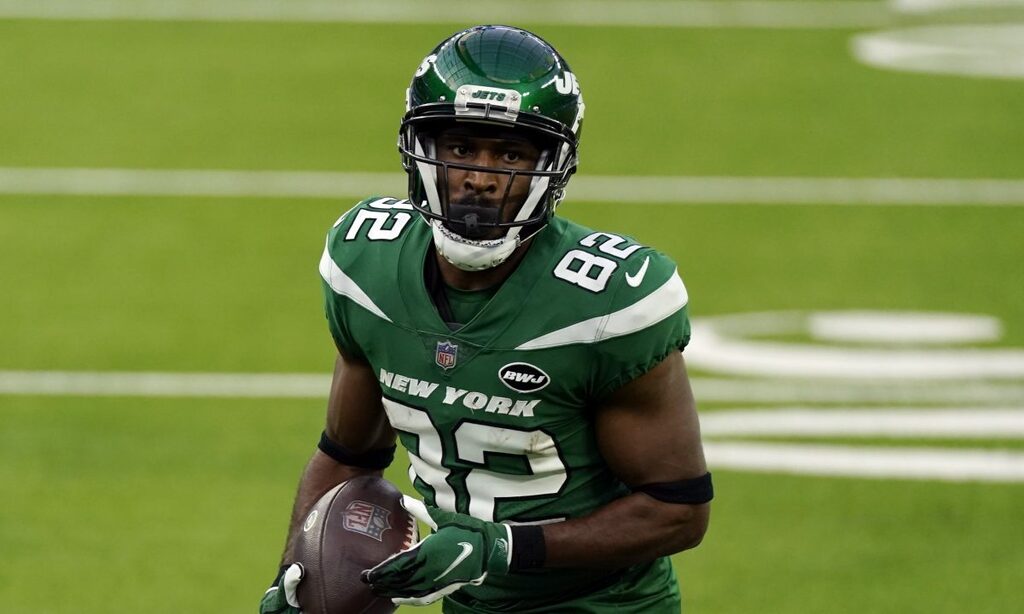 The Jets are getting one of their starting wide receivers back for their season finale, as Jamison Crowder is active against the Bills.

Crowder has not played since New York’s Week 15 loss to the Dolphins due to a calf injury. The veteran slot receiver has caught 50 passes for 431 yards and two touchdowns this season. He has a good chance to become Gang Green’s leading receiver for a third straight season with Braxton Berrios and Elijah Moore out in Week 18.

The Bills will be without starting wide receiver Emmanuel Sanders as they chase an AFC East title in Week 18. Also out for Buffalo are reserve tight end Tommy Sweeney, Marquez Stevenson, Bobby Hart and Efe Obada.