Beqa Mikeltadze continued an incredible first A-League season when he and Newcastle Jets teammate Daniel Penha were among the first players named in the All Stars team to play European powerhouse Barcelona in Sydney next Wednesday night.

The pair were among 13 players named on Thursday with a full 30-man squad, including representatives from all A-League sides, to be revealed on Friday.

Mikeltadze has set the competition alight this year with 13 goals for the Jets, two less than Melbourne City's Jamie Maclaren.

The All Stars selection came less than 24 hours after the Jets front man had cleaned up at the club's awards night at City Hall, where the 24-year-old collected the Nigel Boogaard Player of the Year, Craig Johnston Medal and Golden Boot.

Mikeltadze told the Newcastle Herald on Wednesday night he was keen to play in the All Stars match before heading home to Georgia to see his family. The Jets strike weapon endured the heartache of losing his father at the season start.

"I want to play against Barcelona," Mikeltadze said. "I want to see these quality players, learn something. It doesn't matter if I play 90 minutes or one minute."

Mikeltadze is on contract for another season with Newcastle and Jets coach Arthur Papas believes the Georgian has a "huge" future in football.

"At the moment it depends on the career trajectory he wants to take and how dedicated he is and how hungry he is to keep getting better," Papas said.

"But if we're talking Australian level, I think he can go on and do something very special in this country and I think that's not the ceiling either. I think the ceiling's a lot higher than that."

Mikeltadze and star playmaker Penha were stand-out performers for Newcastle, who produced an entertaining brand of football under Papas' first year in command but finished ninth with 29 points.

Penha is off contract and has been linked to rival A-League clubs but Papas hoped to retain the game-breaking Brazilian.

"We're still in discussions," Papas said. "I know there's been a lot of talk around moving on and so forth. We're in discussions at the moment and there's some possibilities that could eventuate, so the door's not closed and Daniel's indicated if we can satisfy certain requirements with his former club that he wants to be in Newcastle.

"Obviously we respect whatever happens as well because we know that we work within certain constraints in this club compared to others, that we have to understand that if it's not possible it's not because we haven't tried."

The versatile 27-year-old was again one of the team's most dependable players in her ninth national league season. She finished the campaign playing a record 111th consecutive appearance in the league. 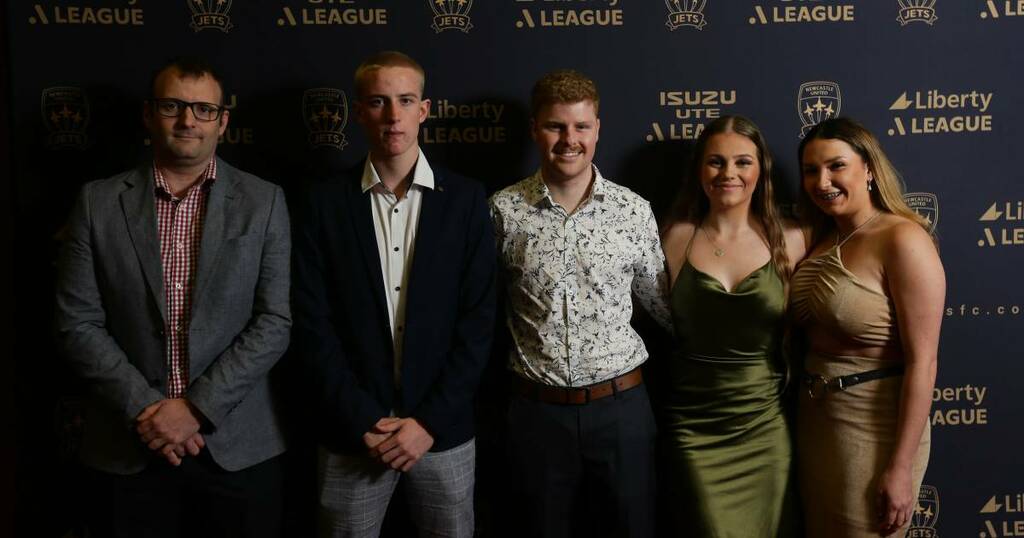 Photos from Newcastle Jets awards night
Newcastle Herald photographer Jonathan Carroll captured some of the smiling faces at the event.

Newcastle Herald
One subscription that gives you access to news from hundreds of sites
The Lowedown: A fascinating week ahead in football

'You've got to love this time of year if you are a true football fan.'

The A-League Men All Stars squad to face Barcelona will give two teenagers, Garang Kuol and Nestory Irankunda, a chance…