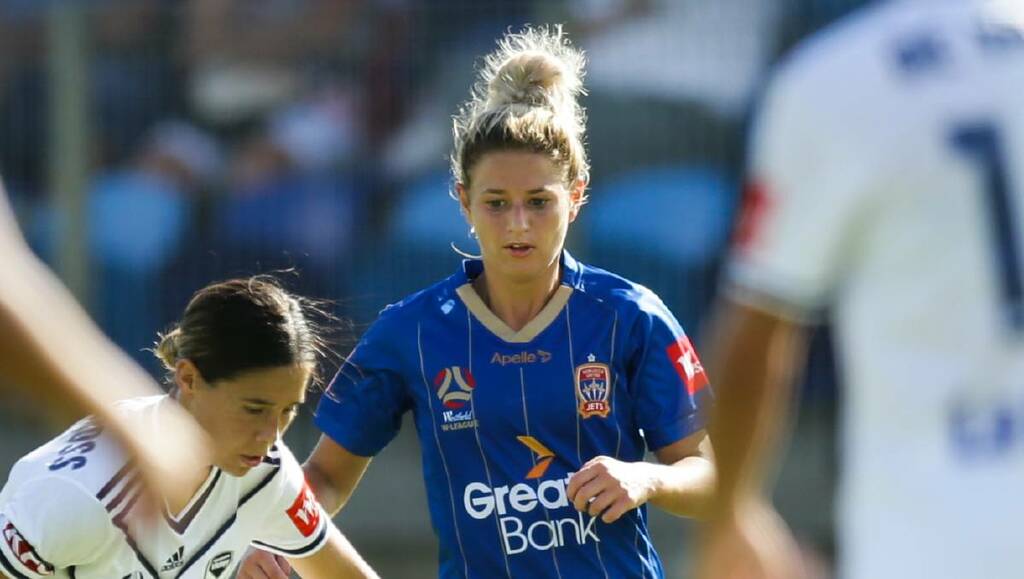 Ash Wilson believes the Newcastle Jets are on the right track to assembling a front third comprising an arsenal of attacking weapons for the upcoming W-League season.

The Jets coach still has to put the finishing touches on an 18-player roster she hopes will lead Newcastle to a finals appearance in 2021-22 but has already confirmed 12 signings, including five returning attackers.

Long-serving Jets striker Tara Andrews, who has made over 100 appearances for the Jets and is a former Matilda, will again be a key player up top. Lauren Allan, Jemma House, Sophie Harding and Sunny Franco have also been re-signed.

"All of those players up front showed things last year that warranted them getting another opportunity," Wilson told the Newcastle Herald.

"They all had done enough to show me they can play the way we need them to play, and are all quite aware that as a team we need to be better. In particular, we need to be more clinical up in that front third.

"So, hopefully one more year under their belt and a bit more experience can help them be a bit more composed in those attacking scenarios."

Newcastle finished second-last with seven points from 12 games last season but their position on the table did not reflect the performances they produced.

Only one goal separated them from their opponents in many matches with a failure to finish at crucial moments costing them on a number of occasions.

"We want to see that X factor in attack," Wilson said. "There's definitely a place for it in that front third. We want our attackers to be creative and play with a bit of freedom.

"Obviously, there are things we need them to be able to do and execute, but it's not about boxing them up and not allowing them to express themselves.

"It's about supporting them to be able to use their weapons and strengths in a way that's going to help us be clinical and even more effective up front."

House earned her first W-League contract last year after a dominant Herald Women's Premier League season in leading Newcastle Olympic to the 2020 premiership-championship double. The 24-year-old striker was the competition's leading goalscorer and player of the year.

She was used 10 times in 12 Jets' games, nine times off the bench and once in the starting side.

"Jem is someone who is really dynamic and we've seen her score a lot of goals in the WPL," Wilson said.

"She might not have got as many opportunities last season but she is someone who is going to continue to push at training. We can see that she's got that ability in her and the sky's the limit for Jem in terms of the work she's willing to put in.

"I can see her continuing to push for those regular spots. She's got that keen eye for goal and I know what she can do. It's about continuing to work with her to push that level even further."

House is keen to make the most of another W-League opportunity.

"Ash called me and asked what my thoughts were and I just grabbed it with two hands again," House said.

"I'm excited for it, and hopefully we can get into that top four. My goals are around just working hard again and trying to get into that starting 11. That's always what every player wants to achieve, so to get a couple more starts under my belt this season is definitely a goal.

"Everyone is obviously competing for the same positions, but the group of girls in the attacking third are there to help each other and I'm excited to work with them again and be the best I can be. It's just nice to have the majority of those girls come back. I think with the core of the playing group coming back we can definitely fight for that top-four position."

Harding also returns for a second W-League season while Allan will be playing her third. Franco came to Newcastle last year with W-League experience.

The W-League is scheduled to start on November 13. Pre-season starts six weeks beforehand but teams are uncertain as to when training will be able to start due to coronavirus lockdowns.