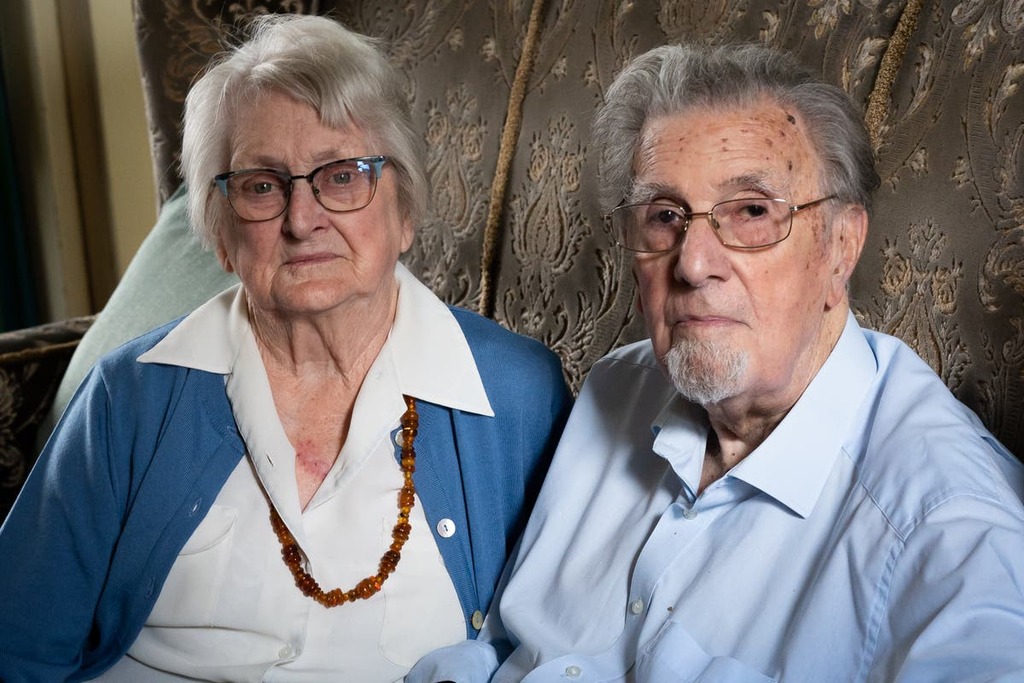 Parents of student who went missing in 1980 call murder ruling ‘justice’
Jessie Earl’s body was found in undergrowth at Beachy Head, near Eastbourne, East Sussex, in 1989 – nine years after…

The body of 22-year-old Jessie Earl was found in undergrowth at Beachy Head near Eastbourne, East Sussex, in 1989, nine…

Tobin, currently serving three life sentences in Saughton Prison, Edinburgh, was convicted of three murders between 1991 and 2006, although…

The 22-year-old disappeared after leaving her bedsit in Sussex, with her body being found nine years later.

Jessie Earl was tied to a tree and murdered, coroner rules after ‘flawed’ police investigation

A coroner has ruled that an art student found dead at Beachy Head was tied to a tree and murdered following decades of campaigning by her family.

Jessie Earl’s body was found in undergrowth at Beachy Head, near Eastbourne, East Sussex, in 1989 - nine years after she vanished from her nearby bedsit.

Her skeleton was found in an area of dense thicket with no belongings or clothes apart from her bra, which was tied in a knot.

A second inquest into the 22-year-old’s death, which began on Tuesday at Eastbourne Town Hall, heard that she was “probably” tied to a tree and “possibly” sexually assaulted before her suspected murder.

‘Victims of a substantial injustice’

The coroner went on to describe Sussex Police’s 1989 investigation and subsequent decision to dispose of key forensic evidence as “significantly flawed” and said her parents, John and Valerie Earl - now in their 90s - had been “victims of a substantial injustice”.

It comes decades after a 1989 inquest into Ms Earl’s death recorded an open verdict following the police inquiry.

In 2000, Sussex Police reopened the case under the name Operation Silk and concluded that Ms Earl was murdered, but no-one has been arrested.

In December last year, the High Court ruled there should be an order quashing the original inquest and that a fresh one should be held.

Mr Healy-Pratt told the inquest that the scientific cause of death is “unascertained” but that he will record the conclusion that Ms Earl was murdered.

“On the evidence heard in this inquest, I do not consider there to be evidence of suicide, accident, misadventure or natural causes that would justify any conclusion of such short form conclusion,” he said.

“I’m satisfied on the evidence that Jessie was murdered, that she was killed by a third party perpetrator who intended to kill her.”

The coroner ruled that Ms Earl’s body was “hidden some 70 metres inside an inaccessible area of dense thicket”.

“The only item accompanying her remains was a knotted brassiere,” he said.

“A third party perpetrator used the brassiere to restrain Jessie by the wrists and had intentionally killed her by means unknown.”

He added that the tightness of the knot in the bra was “was due to being tied tightly by a third party, or subjected to struggling, or being loaded with weight through suspension or dragging”.

Police investigation was ‘flawed from the start’

Mr Healy-Pratt also said that a 1980 report by Det Sgt Dusty Miller of Sussex Police, which ruled suicide as the most likely explanation in the original missing persons case, “had a chilling effect on police efforts to investigate her disappearance”.

Mr Healy-Pratt said Det Sgt Miller had written that Ms Earl was facing pressure with her studies and exams, was an introvert with not many friends, had to endure allergies for life, and lived “a life apart from others”.

But the coroner said the evidence did not support this conclusion, with Ms Earl’s journal being a “fairly reliable personal account of an intelligent, well-balanced young woman enjoying almost every moment of her life”.

He said: “Curiously, there is no evidence to support these reasons that were given as supporting suicide as the most likely outcome.

“Neither has there been any explanation why that report made a conclusion that was seemingly dissonant with the available evidence.”

Mr Healy-Pratt said that, as a result, “the Earl family suffered a great deal of distress” during the nine years until her body was found.

He went on to say that the subsequent 1989 Sussex Police investigation, by their own admission, was “flawed from the start” as the senior investigating officer “discounted the possibility that Jessie was murdered from the beginning”.

He added that the disposal shortly thereafter of “key forensically important evidence was highly unfortunate”.

“The disposal of the bra and the decision-making by the Sussex Police leading up to its disposal was significantly flawed.”

The inquest had previously heard that the police failed to submit a 2009 review of Operation Silk to the Earls and High Court proceedings, with the coroner’s court only receiving a copy on May 10 - days before proceedings began.

Mr Healy-Pratt said: “The court has not received the adequate explanation as to why this 2009 report was not disclosed earlier.

“Clearly the Earl family felt let down by Sussex Police and the Sussex Coroner in 1989.”

He added that the High Court had already outlined that the “Earls were victims of a substantial injustice due to insufficiency of inquiry in 1989”.

Parents of student who went missing in 1980 call murder ruling ‘justice’
Jessie Earl’s body was found in undergrowth at Beachy Head, near Eastbourne, East Sussex, in 1989 – nine years after…

The body of 22-year-old Jessie Earl was found in undergrowth at Beachy Head near Eastbourne, East Sussex, in 1989, nine…

Tobin, currently serving three life sentences in Saughton Prison, Edinburgh, was convicted of three murders between 1991 and 2006, although…

The 22-year-old disappeared after leaving her bedsit in Sussex, with her body being found nine years later.