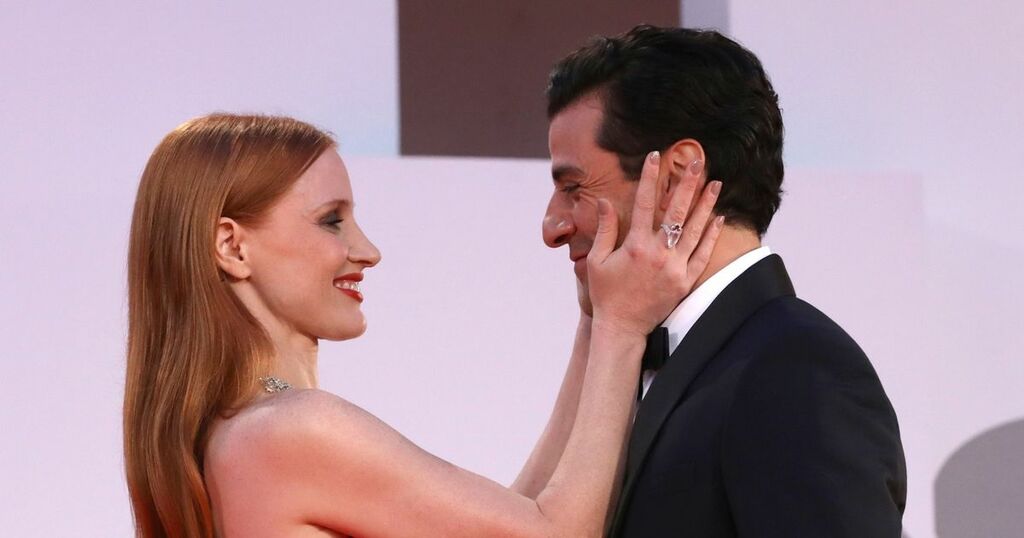 The actress and co-star Oscar Isaac seemingly shared a "moment" on the red carpet and fans quickly flocked to comment on their sexual chemistry.

But the 44-year-old insists there was nothing in it and says "everybody is super sexy in slow motion".

The pair who both star in Scenes from a Marriage were captured embracing in a slow-motion video.

Jessica was posing with her arm draped around her co-star's shoulder as he caressed her arm. They were seen gazing at each other when Oscar, 42, leaned over and kissed her arm.

She then laughed and pulled her pal in for a hug.

The scenes sent fans on social media into a frenzy with many questioning their seemingly obvious chemistry.

But Jessica insists it was more of a jokey moment between the pair who have known each other since college.

Speaking to the Today show on Wednesday, Jessica revealed that Oscar was actually attempting to kiss her on her elbow before she moved her body.

She said: "I think it was really funny because when you look at it in regular speed, I'm looking straight ahead and he looks over at me and he just kind of goes to give me a peck on my elbow, and at the same time, I'm going to give him a hug.

"So all of a sudden, his face ends up in my armpit. He made a joke out of it. Look, he's smiling there!," she said as she watched the footage back on the show.

"All the photographers started laughing, and were like, 'What just happened?'"

And when Today host Sheinelle Jones noted that the pair were happily married, Jessica quickly jumped in to say: "To other people."

She went on to joke that the pandemic was the reason the clip had blown up the way it had, insisting people are craving human interaction more than ever since the virus broke out.

'We have all been locked in our houses for so long," she said. "When this video went viral, I was like, people just need to see people touch and hold each other."

Jessica has even poked fun at herself on social media. The actress tweeted a picture of Gomez Addams from The Addams Family films in the scenes where he kisses his wife Morticia's arm.

She captioned the shot: "Sept 12th," in reference to the premiere of her and Oscar's upcoming miniseries.

The tweet also plays on the fact that her co-star was the voice of Gomez in the 2019 animated remake of The Addams Family.