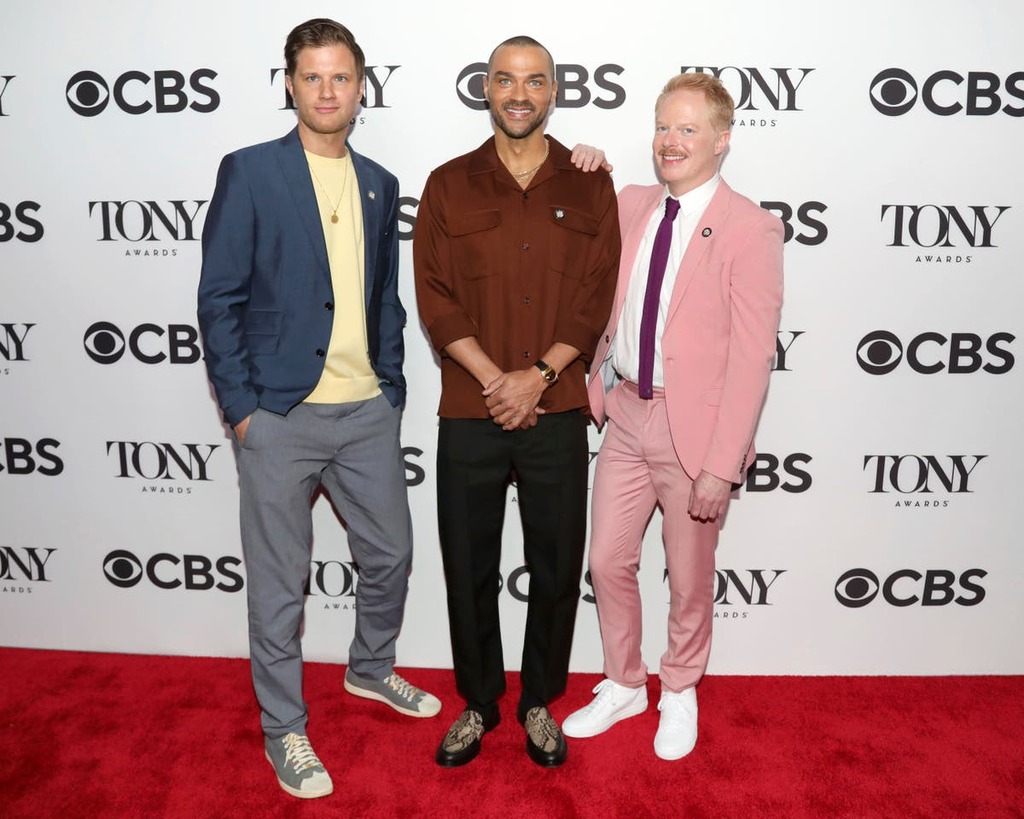 Nude scenes from ‘Take Me Out’ were shared across social media

The Independent UK
One subscription that gives you access to news from hundreds of sites
Jesse Williams responds after photos of his Broadway nude scene are leaked by audience member: ‘It’s a body’

Greys Anatomy star Jesse Williams has revealed he was nonplussed after footage of him appearing nude in his debut Broadway role in Take Me Out was leaked by an audience member.

Williams, 40, who appeared in 270 episodes of the long-running American medical drama, is playing the lead role of gay man Darren Lemming in the Baseball-based production.

During a performance last week, an audience member recorded his naked scenes and later posted them on social media.

The Chicago-born actor, though, brushed off the scandal, telling the Associated Press: “I’m not down about it. Our job is to go out there every night, no matter what.

“I’m not really worrying about it. I can’t sweat that.”

Theatre company Second Stage Theater, who produce the play, were not so forgiving as they condemned the perpetrator who released the video.

They said on Twitter : “Second Stage Theater has worked to ensure the privacy of the Take Me Out company by creating a phone-free space with locked phone cases at all performances.

“We are appalled that this policy has been violated and unauthorised footage of our acting company has been posted. It is deeply unfortunate that one audience member chose to disrespect the production, their fellow audience members, and, most importantly, the cast in this manner.

“Taking naked pictures of someone without their consent is highly objectionable and can have severe legal consequences. Posting it on the internet is a gross and unacceptable violation of trust between the actor and audience forged in the theatre community.

“We are actively pursuing takedown requests and ask that no one participate in the distribution of these images. Second Stage is also adding additional staff at the theatre to enforce the policy.”

Followers of the company were quick to respond to the statement, with one saying: “There has to be a rule for no phones at all in theatres. They can be left alone for a couple of hours, immerse yourself in the production, leave the outside for a while – could be hard to enforce though.”

Another commented: “Great response! It is outrageous that someone would violate privacy in this way. So offensive and I wish whoever did it becomes a pariah – those who think it’s OK are just as guilty.”

Second Stage Theater have already taken steps to ensure this does not happen again. They have installed a new, audience-facing, infrared camera system to monitor any violators of the phone rule during the show.

Peter Dean, director of production, told the New York Times: “This will allow us to focus on an audience member who looks like they’re doing something suspicious, and assess whether they’re just going through a purse to get a breath mint or pulling out a phone. We do need to keep advocating for ourselves.”

Williams, who earned a Tony nomination for his performance in the play, hadn’t realised the play involved him taking his clothes off. It was only upon the reading the script that he realised.

“If somebody had just said it’s play with nudity, it would have been framed differently,” he said. “But the nudity is honest, it makes sense.

“It’s not salacious. It serves the story and it puts the audience in an interesting position to relate to empathise with the characters.”

Nude scenes from ‘Take Me Out’ were shared across social media

The Independent UK
One subscription that gives you access to news from hundreds of sites
Jesse Williams responds after photos of his Broadway nude scene are leaked by audience member: ‘It’s a body’