Jesse Lingard: West Ham loan was ‘reset’ I needed but I want to be more than a super sub for Manchester United 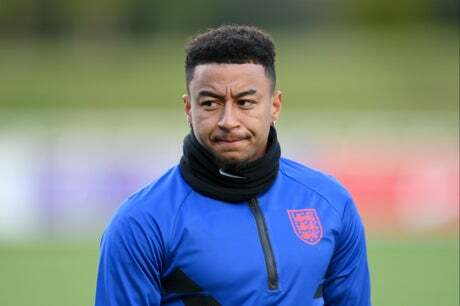 Jesse Lingard says his loan spell at West Ham last season was the "reset" he needed to kickstart his career and described his winner at the London Stadium as "written in the stars".

Lingard is with the England squad preparing for the World Cup qualifiers against Andorra and Hungary, having continued his fine form with the Hammers back at Manchester United.

He came off the bench to score in United’s 2-1 win at West Ham last month, before setting up Cristiano Ronaldo’s last-gasp winner against Villarreal a week later.

"You’re always going to get the highs and lows in football," Lingard said ahead of Saturday’s match in Andorra.

"Throughout the lows, you’ve got to stay confident and carry on believing in yourself. When I went to West Ham it was a time where I could really reset and pick up my game. When I play consistent football, I score goals and get assists.

"It was a brilliant loan and much needed. I came back to United full of confidence and I want to play week in week out.

"It was brilliant going back to the London Stadium. I got a really good reception when I was warming up and when I got on the pitch. It was written in the stars to score.

Lingard scored twice in England’s 4-0 win over Andorra at Wembley last month and he will be hoping for another opportunity against in the minnows this weekend or in Hungary’s visit on Tuesday.

He says the disappointment of missing out on England’s final Euro 2020 squad is driving him on to be more than just a super sub for club and country.

"It’s always hard [to miss out on a squad]," he said. "Considering where I was for a period of time, not playing as much and not in the England squad, to get into the 33-man [provisional Euros] squad shows what you can do with hard work and belief. I was disappointed to miss out but I was still there supporting the boys through thick and thin.

"It gives you more hunger and motivation to be playing in the biggest of tournaments and games.

"You want to start games," he added. "When I’m sub I’m always ready to play. I’m always ready to be needed when I’m called up. It’s one of those things I’m going through at the moment but I think on recent performances hopefully we’ll see a change in the next few weeks."