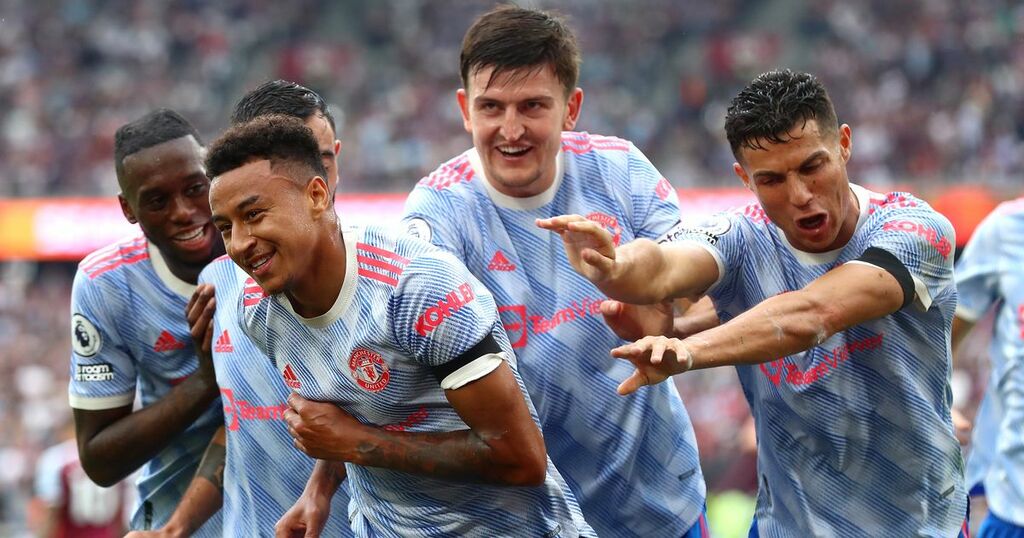 Jesse Lingard's return to the London Stadium was a tough one to take for West Ham fans after the England international grabbed a late winner against his former team.

The Manchester United player curled in a fantastic finish in the 89th minute to send his teammates and the away supporters wild.

Lingard's initial reaction was not to celebrate the goal, however, on the final whistle with the cameras off him he did join Paul Pogba in the centre of the pitch in one of their trademark dance routines.

The 28-year-old's loan move to the Hammers saw him return to his best and as a result, he is now back in Gareth Southgate's England set-up. Speaking ahead of the Three Lions' upcoming World Cup qualifiers, Lingard opened up on his return to West Ham.

"It was brilliant going back to the London Stadium," he said. "I got a really good reception when I was warming up and when I got on the pitch. It was kind of written in the stars to score. With the reception I got I couldn’t celebrate.

"They showed me so much love and respect when I was at the club. It was great for me to be there to help them get into Europe. Out of my respect for that I couldn’t celebrate."

West Ham were able to gain quick revenge over Manchester United and Lingard with a 1-0 Carabao Cup victory coming just three days after the Premier League defeat. The loss to West Ham was Lingard's only start of the season and bar a failed penalty claim that Mark Noble called a 'dive' the Manchester United player failed to impact the match in any significant way.

Since his return to Manchester United Lingard has linked up with his childhood idol and now teammate Cristiano Ronaldo. Many observers thought the signing of Ronaldo would push Lingard closer to an exit with his game time set to be even more limited after the arrival of the Portuguese star.

However, the England man says he is pleased to play alongside and learn from the former Real Madrid and Juventus man.

"He’s really humble," Lingard added. "He’s a positive person. To be learning different things off the field as well as on it has been really good. I think he can really help out the team this season."