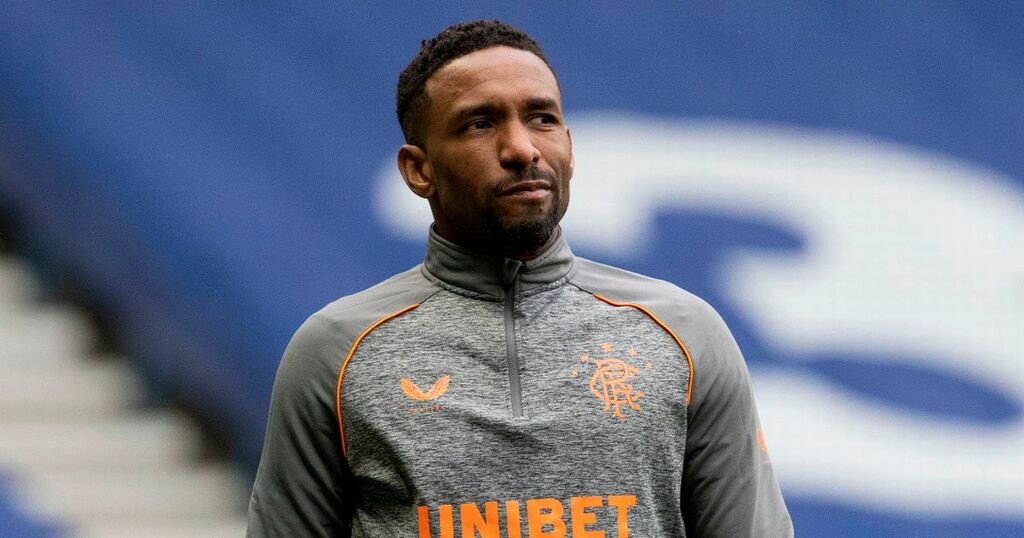 Convinced Jermain Defoe believes he still has plenty to give as a player despite his Rangers career coming to an end on Wednesday.

The 39-year-old had become an increasingly peripheral figure under Gio van Bronckhorst 's new regime, with the former England international also working as a pundit for Sky.

And he admits a sit down with van Bronckhorst was an important step over what would come next in his career amid limited opportunities.

The former Tottenham star - swamped by Ibrox well wishers on social media - admits his desire to keep playing led to his emotional decision to exit Rangers three years after he joined.

Speaking to talkSPORT, he said: "It was an honest conversation with the manager, which was like 'do you want to play or do you want to coach?'

"Everyone has got different ideas, I think he looked at it, coming from a different culture, he probably thought what do you want to do?

"That was my plan from the beginning, to play but also at the same time, to have a little help with my coaching badges.

"I said to him (van Bronckhorst), I finished the season strong when we won the league, I feel sharp, he said 'I saw that', so for me I just want to play football.

"I did a full pre-season, I was just ready to play, to be honest, I want to play in front of the fans and have another successful year at the end of the season would see what happened, with me stopping playing, or moving on, or then becoming a full time coach.

"So, for me, of course it was going to difficult trying to do both."

And Defoe insists positive feedback from his team-mate has only reinforced his belief that he still has plenty to give on the pitch.

The veteran paid a touching tribute to his former Ibrox team-mates and believes they are clear of everyone else in Scottish football.

He added: "I'd speak to my team-mates and they would always say 'you can play for another three years'

"There's no chance I'm going to play for another three years, your team-mates can see.

"And no disrespect to anyone else up in the league, but I always felt I was playing with the best players in this league.

"That's how it felt, every day in training, I'm playing with best in the league, so if i'm still feeling sharp and doing my stuff against these players, there is no need to just stop.

"Stop because you're 39? No, you stop when your body tells you to stop."