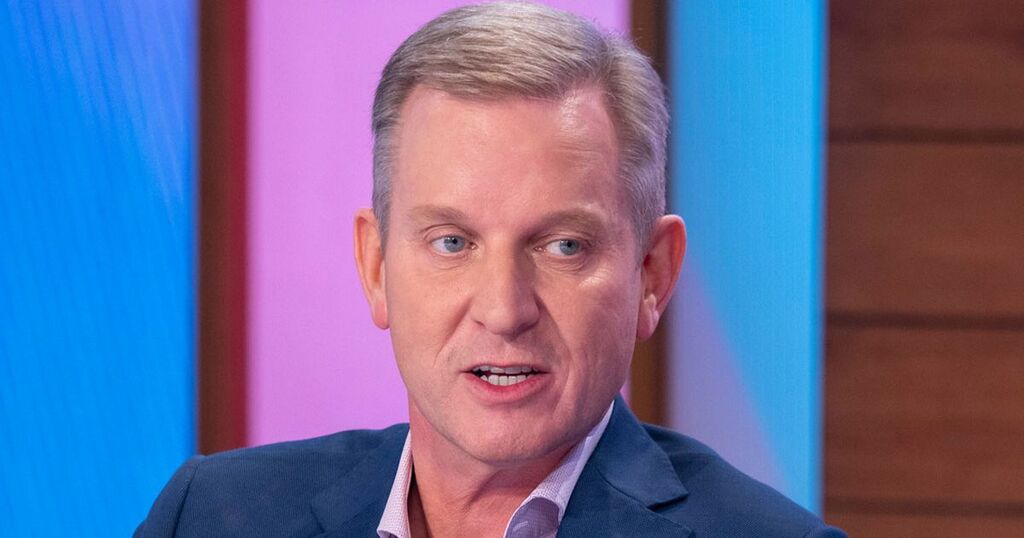 Jeremy Kyle is preparing to make a comeback two years after his show was cancelled following the death of a guest.

The Jeremy Kyle Show featured guests in all sorts of dilemmas, from cheating spouses and paternity tests to the infamous lie detector and the nail-biting wait for results that followed.

Away from the show, Jeremy has had a colourful personal life of his own.

He has been married and divorced twice, has five children and is currently engaged to his children's former nanny.

Jeremy, 56, has also battled an addiction to gambling and once found himself £12,000 in debt.

Jeremy grew up in Reading and had a happy childhood, with his parents having a strong marriage.

His dad worked as the accountant and personal secretary to the Queen Mother for 40 years.

"My dad epitomises everything I'd like my kids to say about me," Jeremy told The Scotsman in 2009.

"He gave his kids the best start and he had values. He would open the door for a lady ... It's about having your kids and investing in your kids with time, really. They set your moral compass."

Before fame he worked as an insurance salesman and a radio host.

Jeremy made his name with the launch of The Jeremy Kyle Show in 2005, which ran until 2019.

He met his first wife, Kirsty Rowley, in 1988 before he was famous and working as an accountant.

Their daughter, Harriet, now 31, was born in June 1990, but the marriage broke down just a year later.

Kirsty later claimed that Jeremy had taken money from her bank account to fund his gambling addiction.

Jeremy said his struggles began as his first marriage was "crumbling" around him.

The turning point came when he found himself £12,000 in debt.

He wrote about his battle with addiction in his 2009 book, I'm Only Being Honest, saying: "Gambling is the mistress that truly seduced me. I will never understand what a hit of heroin feels like, but gambling I get. Big time.

"There was this pull and suddenly I was chasing money, trying to achieve something that has never been achieved: making a bookie poor."

Thankfully, he managed to overcome the battle with addiciton.

He met his second wife, former model Carla Germaine in 1999, while he was presenting on the Birmingham-based radio station, 96.4 BRMB.

Their romance got to an unconventional start, with the couple meeting when Carla took part in a blind date wedding competition named Two Strangers And A Wedding.

That marriage lasted just months and she tied the knot with Jeremy in 2002, with the couple later welcoming three children together.

He was full of praise for Carla in his book, writing: "In Carla, I have a wife in whom I can confide about anything.

But by 2015 their romance had dwindled, with Jeremy saying: "I haven't had sex for ages myself."

Three months later they announced their split after 13 years of marriage.

Jeremy said: "We have sadly grown apart over recent years and have been living apart since earlier this summer."

The former couple were granted a "quickie divorce" in February 2016 and the court hearing lasted 20 seconds.

Carla cited his "unreasonable behaviour" as the reason for the breakdown of their marriage.

It was reported that Jeremy had been dating their children's nanny Vicky Burton for two months, which Carla didn't know about at the time.

She had a close relationship with the family, and even joined them on holiday in Barbados in 2013.

Jeremy proposed to Vicky in 2018, getting on bended knee in a romantic Valentine's engagement.

The couple welcomed their first child together and Jeremy's fifth child in February last year.

The tragic end of the Jeremy Kyle Show

The Jeremy Kyle Show was dramatically pulled off the air in 2019 after guest Steve Dymond died just days after recording an episode.

Following Steve's death, reviews were held by the Digital, Culture, Media and Sport Committee, and the decision was taken to pull the popular morning show off the air for good.

Jeremy has said that he'll address Steve's death "when the time is right".

He recently admitted he has battled with anxiety and depression ever since and has had to take medication for the mental health conditions.

Jeremy is now making a comeback with his return to radio presenting as he launches his new daily drivetime show with TalkRADIO.

While he says it might be a "disaster" at first, he is adamant it will prove a success.

Speaking ahead of his first show, Jeremy sat down talkRADIO’s Mike Graham to discuss his return to the limelight.

"I lost my dad six weeks ago and he was my hero. One of the reasons that I’ve come back now is that he said to me, ‘go back to work’.

"Life is full of problems. There’s always a solution, it’s just the bigger the problem, the longer that it takes to find an answer. But if you get your head down, you’ll get there. That’s why I’m back. It just seems like the right time, and I’ve listened to talkRADIO and I just like the fact that there’s a huge amount of honesty and directness and it’s about people.

"talkradio is just the most perfect project and I’m so excited to join and be able to talk about stuff that matters to me and that’s mattered to me for a long, long time," he added.

*If you're struggling and need to talk, the Samaritans operate a free helpline open 24/7 on 116 123. Alternatively, you can email jo@samaritans.org or visit their site to find your local branch