Jeremy Clarkson has urged Avon and Somerset police to treat solving a violent attack on a tractor driver as its 'number one priority'.

The TV presenter and amateur farmer tweeted about the attack, just as Avon and Somerset police issued an appeal for witnesses and information about the incident. Officers said the incident happened at around 6pm on Saturday, May 7, in a field in the village of Creech St Michael, Somerset, and was left needing hospital treatment.

"We’re investigating after a rock was thrown at a man driving a tractor in a field in Creech St Michael at around 6pm on Saturday 7 May," a spokesperson for the police said. "The rock struck the tractor driver on the head resulting in an injury which required hospital treatment.

"The offender ran off after throwing the rock. He’s described as white, aged in his 30s who was almost bald. He wore a black top and shorts and had a grey Staffordshire Bull Terrier-type dog with him.

"House to house enquiries have been carried out and we’re appealing for anyone who witnessed the incident or who recognises the description of the offender to contact us on 101 quoting reference 5222108016," the police statement added.

Clarkson, whose most recent TV success was a show that followed his own fortunes trying to be a farmer in the Cotswolds, tweeted about the attack.

"Dear The Police in Avon and Somerset," he wrote. "Please catch the dog walker who threw a rock at a farmer. It is your number one priority," he added. 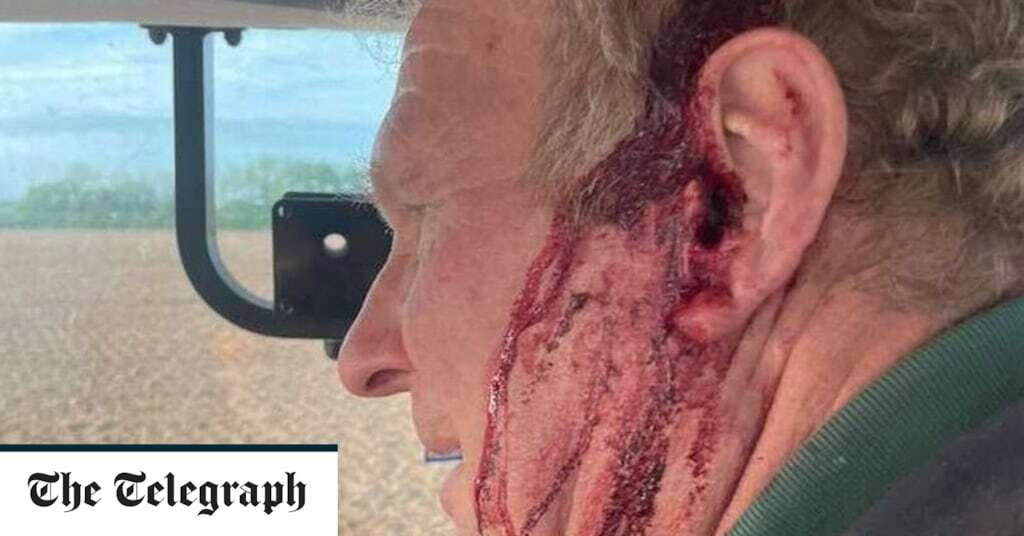 Dog walker attacks farmer with rock in row over ploughing
Christopher Pine, 70, was driving his tractor in Somerset when a dog walker attacked him and warned him not to plough…

Police have reassured people they are investigating the incident, after a video of it was posted online