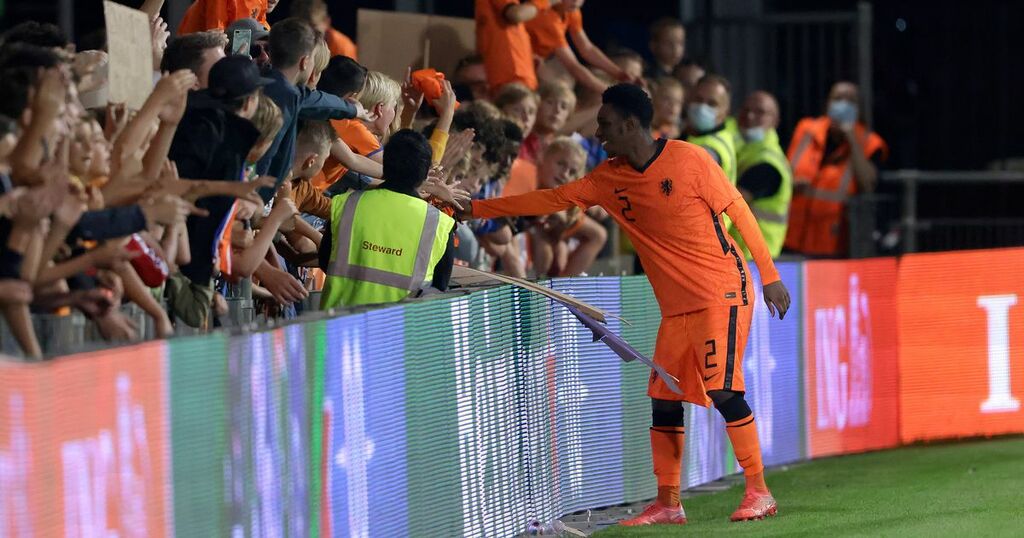 Former Celtic star Jeremie Frimpong has committed his international future to the Netherlands after making his U-21 debut.

The right-back, now at Bayer Leverkusen, is also eligible to play for England or Ghana but is only interested in representing the country of his birth.

Frimpong enjoyed a first outing for the Dutch youngsters in a comfortable 3-0 European Championships qualifying victory over Moldova.

He was born in Amsterdam but spent much of his youth in England, where he was picked up by Manchester City before joining Celtic aged 18.

But that hasn't influenced his determination to establish himself as a senior Dutch international.

He told De Telegraaf: “I was born in the Netherlands, so for me it’s simple: I want to play for Oranje. The big Oranje.

“(I can't speak much Dutch) but I can understand it. Hopefully, I will learn some useful words at Jong Oranje in the coming time.”

Frimpong swapped Glasgow for Leverkusen in January for an initial £11.5million fee.

He's since made 17 appearances for the Bundesliga side and will be reunited with some of his old Celtic team-mates when the clubs meet in the Europa League group stage.