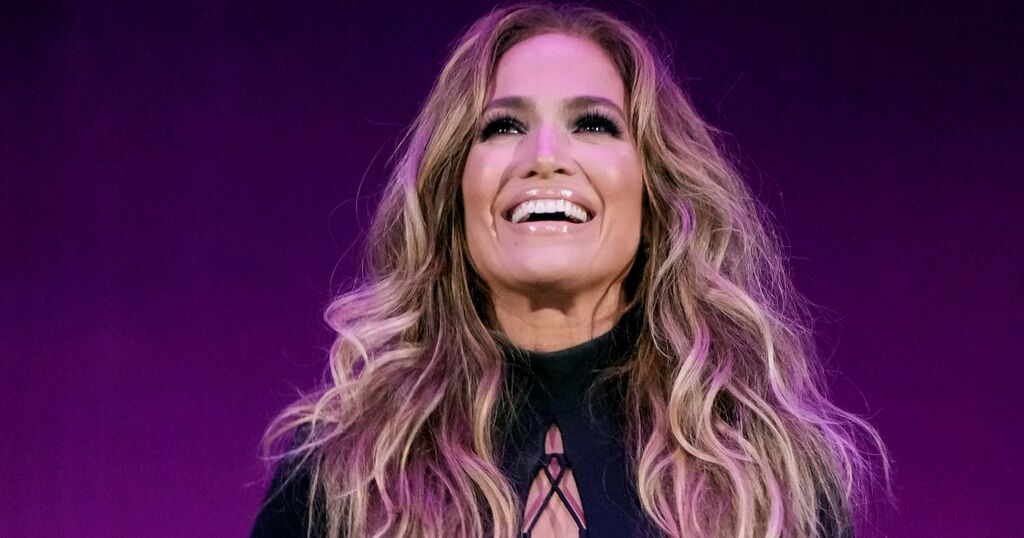 Jennifer Lopez set pulses racing after a surprise appearance at last night's MTV VMAs as she showed up in a cleavage-bearing lace-up outfit.

The 52-year-old star was among the first on stage at the glistening New York event and wowed the audience as she stepped out to kick off the awards presentations.

The singer had her 'J Lo Glo' on as she stepped out in a lace-up turtleneck and matching mini-skirt, designed by David Koma, revealing her stunning figure and more than a hint of her cleavage and toned abs.

The star looked comfortable and at ease and beamed from ear to ear, as she walked like a pro in her sky high black and opaque stilettos.

Fans couldn't get enough of the star who reciprocated their appreciation and reached down into crowds and touched palms with a lucky few who were packed beneath the stage.

Taking to the mic she told the audience: "Happy 40th birthday, MTV!

"Tonight is your party and I gotta tell you, tonight it feels so good to be here in my hometown for the VMAs."

JLo was tasked with presenting the Song Of The Year which was scooped up by Olivia Rodrigo for her hit Driver's License.

The Jenny From The Block singer's attendance came as a surprise to fans due to her packed schedule and pictures of her enjoying a trip to Venice with beau Ben Affleck.

But clearly she made it work, jetting back from Europe on Saturday to be in NYC for the star-studded event.

The singer opted to skip the red carpet to ensure her big entrance was on stage and proved the ultimate shock for fans.

The star herself was the other side of the podium in 2018 Lopez when she won the Michael Jackson Video Vanguard Award at the MTV show.