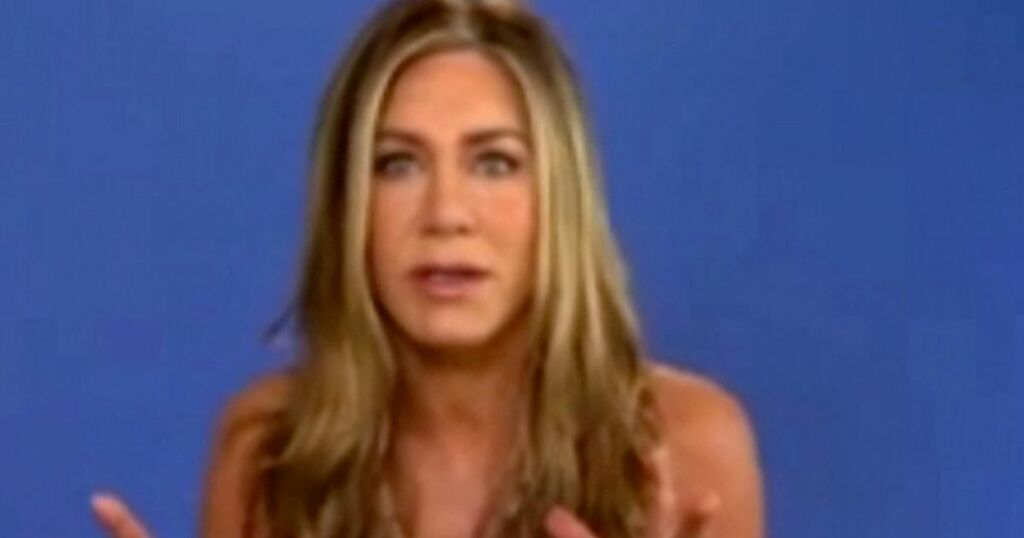 Viewers of The One Show were delighted when Jennifer Aniston and Reece Witherspoon appeared on last night's show, but it wasn't quite what they were expecting.

Hollywood actresses Jennifer, 52, and Reece, 45, have been doing press appearances ahead of the release of Apple TV series, The Morning Show.

But viewers were stunned when the interview turned into chaos as Jennifer appeared to have a ‘snarky’ attitude, according to The Mirror.

Zoe Ball and Jermaine Jenas teased fans with the interview at the beginning of the show and even admitted that they had been gearing up for the exclusive chat for days as they prepared to ask all the burning questions about the actor’s new venture.

But viewers couldn't help but notice that Jennifer, who shot to fame as Rachel Green in Friends, appeared to be a ‘bit off’ and ‘snarky’ during the brief chat.

Discussing Apple TV’s The Morning Show, Zoe asked Jennifer whether or not she would enjoy a career in live TV much like her character Alex Levy, on the hit drama.

In response, Jennifer insisted that she despised the entire format of live TV, along with its early mornings – likening the job to a graveyard shift.

Ahead of her lead role in the programme, Jennifer got some first-hand experience when she worked behind one of the biggest live TV shows in the USA - Good Morning America.

Sharing her thoughts on her time there, the actress moaned: "I learned the slow burn that it is.

"It's a very vampire state of life and mind that you guys live in. Everybody comes alive in the middle of the night and it's a slow-moving train."

Fans of the show took to Twitter to debate whether or not Jennifer was ‘making faces’ while her co-star Reece spoke about their upcoming series, as they shared their thoughts on the ‘awkward’ chat.

“Watching The One Show and surprised to see Jen Aniston on it. Even more surprised that she seems to be so snarky. She’s definitely not a morning person,” one viewer shared.

“How awkward! Jennifer Aniston admitting she hates live TV and calling them all vampires. I cannot cope,” someone else echoed.

“Was it just me or was Jennifer Aniston making faces during that chat? Reece on the other hand seemed so lovely. Maybe she was just having an off day,” suggested someone else.

Meanwhile, a fourth viewer penned: “I was so looking forward to seeing Jen on The One Show but I’m not sure how I feel after that.

Elsewhere, other viewers defended the Hollywood star’s behaviour, insisting that it was merely her dry humour and personality shining through.

“These people obviously don’t understand the concept of sarcasm,” quipped one Twitter user.

Another viewer urged viewers to keep in mind that the interview was live and done via video call, meaning that there could have been a time delay or miscommunication.

“Guys it was live TV, maybe the line was bad. Either way, she was a hoot as always,” the user shared.

The Morning Show season two will air on Apple TV on Friday, September 17.