Welcome to Jenn de la Vega's pantry! In each installment of this series, a recipe developer will share with us the pantry items essential to their cooking. This month, we're exploring seven staples stocking Jenn's kitchen, which includes Japanese, West Indian, American Southern, and Filipinx ingredients.

I struggle defining the cuisine that I cook. When confronted, I'll stammer about being a Filipina from California, and living now in Brooklyn, New York. If you ask what I do, the answer depends on the time of year. From January to June, I'm a recipe developer and cookbook recipe tester. Between August and December, I'm mostly a wedding caterer. I say "mostly" because there might be craft services for an indie flick, food styling for a magazine, or a nonprofit fundraiser dinner. On Tuesdays, I curate the hot dogs at a local bar called Wonderville. We look to video games to inspire the names. My current favorite is called "Pancit! At the Disco Elysium," an all-beef hot dog with vegan stir-fried noodles and crunchy lumpia chips on top. As a result of all these different jobs, I don't have just one pantry; I have four.

Growing up between San Francisco and Palmdale, my large family gathered frequently. Friends at school would ask me about weekend plans, and my constant answer would be, "a family party," to which they were always invited. Our pantry was constantly stocked from my parents' generational habit of bulk shopping at Costco. It was as big as a walk-in closet, which became a running joke when Great Auntie Pina gifted my mom, Ditas, a white plastic sign with red bubbled lettering that said "Ditas' Sari Sari Store," a tribute to the bodega-like convenience stalls in the Philippines.

My current pantry reflects both my work and what it is like to live in New York City. For every cookbook project, I keep a plastic bin with a locking lid to represent each cuisine. This allows me to keep an accurate inventory (and stack the boxes). Right now, I have Japanese, West Indian, American Southern, and Filipinx. Before that, I had bags of wood chips for a barbecue book and various types of rice for an all-onigiri recipe collection. As I complete projects, I'm left with a slew of options to improvise with: spices, grains, legumes, and flours from all over the world. Hundreds of unique combinations are born. I derive great joy when I introduce a sauce like ajvar or ingredients like shiitake mushroom powder to my friends. The delivery mechanisms I use are familiar vehicles balanced with new, surprising concepts, like mango chutney hot dogs, Gorgonzola nachos, chile colorado burritos, and ancho morita s'mores. I experiment with flavors and textures of different traditions in a way that points to living in a city where neighbors, friends, and coworkers hail from overlapping diasporas. My dishes stem from this intersectional reality rather than an aim to fuse two cultures. A friend pointed out that my approach is a lot like an artist who presents sketches or works in progress to the public as they tinker.

I'm a culinary chameleon. It's exciting to imagine and grasp at what is possible in the kitchen. Recipe development lets me flex technical accuracy with a creative touch. While I may not have a single clear cuisine, my style of cooking is rooted in comfort, joy, and family.

It's more cost-effective to buy dried black beans in bulk as opposed to canned. I can passively soak them before I go to bed and move them to the slow-cooker before work. I make black beans with lots of dried chiles, garlic, a good broth, and a stick of cinnamon to perfume it. From there, I can make as many burritos as my heart desires — and turn leftovers into black bean soup.

Cream cheese and its lesser-known cousin, Neufchâtel, are my go-to bases for spreads and sauces. The latter is pretty much the same in flavor, but it is softer and has 10% less fat. I use them to make pillowy-soft scallion cream cheese or cinnamon-spiced black bean cream cheese that doubles as a dip for crudités and a spread for sandwiches, burritos, and homemade tlayudas.

I use roasted seaweed half-sheets to wrap onigiri or rice balls "kimono style." This is when you place a triangular rice ball in the center of a half-sheet of nori and fold the sides over it diagonally, forming the V-neck of what looks like a kimono. I like having them around so I can make hand rolls, sushi, and kimbap. Any sheets that I ruin get sliced up for garnishing cold soba noodles or thrown into my always-evolving tub of homemade furikake.

Datu Puti is a brand of sugarcane vinegar from the Philippines. The Sukang Maasim bottle is white sugarcane and perfumy, a bit more acidic than rice vinegar. The Sukang Iloco Native Vinegar is darker, because it's made from molasses, and its flavor is closer to the depth of sherry vinegar, with the sweetness of balsamic. Use it to 'adobo' anything, make sawsawan dipping sauce for fried foods, and mix a tropical base for North Carolina whole-hog barbecue sauce.

I fell in love with fresh curry leaves when I tried a recipe for cashew curry. They crisp up quickly in oil or ghee. I started using them to garnish butternut squash soup and kitchen-sink-style salads, as well as a crunchy topping for my adobong mani recipe.

I don't like to buy roasted nuts because you can't cook them much further (but they are great for snacking, or for adding extra protein to spicy fried rice with chorizo and cilantro). Raw Spanish peanuts with the skins still on are the star of adobong mani, my dad's favorite street snack from when he was growing up.

This post contains products independently chosen (and loved) by our editors and writers. As an Amazon Associate and Skimlinks affiliate, Food52 earns an affiliate commission on qualifying purchases of the products we link to. 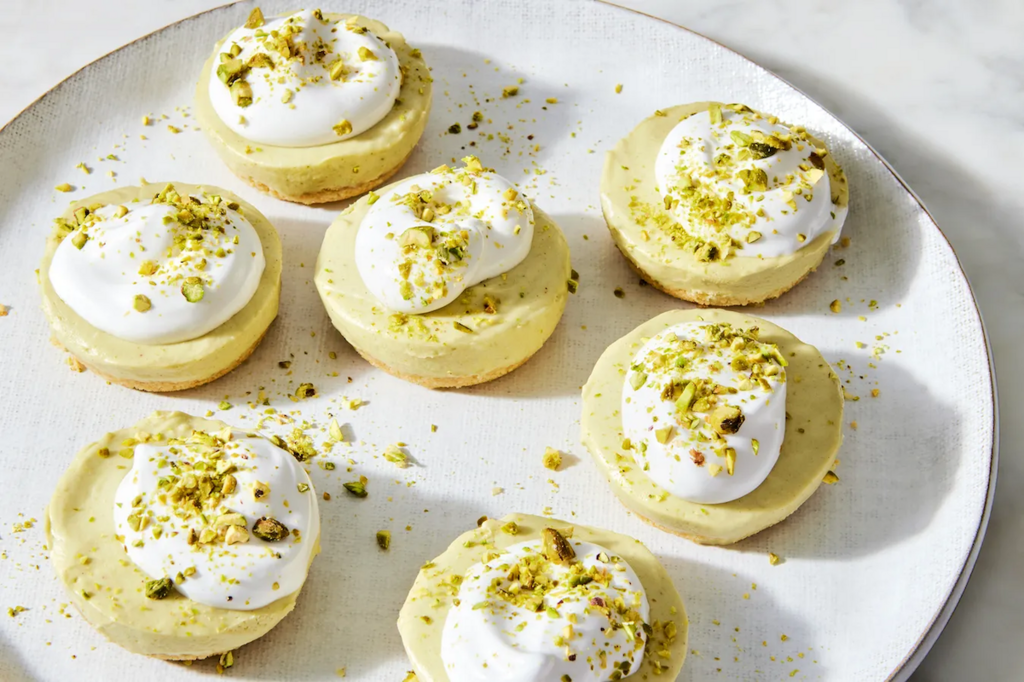 16 sweet & savory ways to use pistachios
From mini cheesecakes to weeknight pasta, we've got you covered

Salon
Five budget recipes for National Vegetarian Week from Aldi for under £1.80 a head

They show just how versatile vegetarian meals can be